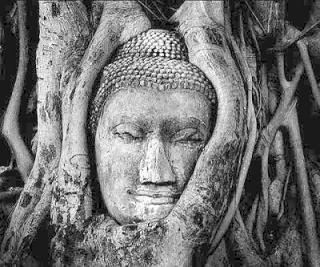 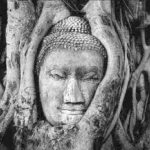 A recent article from guardian.co.uk:

I doubt it was his intention, but in 100 years time Richard Dawkins could be hailed as a prime architect of 21st-century religion. Though strident to the point of comic fundamentalism, the New Atheist diatribe has not only laid bare the irrationalities of believers, but forced those of us who favour scientific-spiritual accommodation to sharpen our arguments. And that can only aid the development of spiritual forms fit for the modern world.

When I first picked up The God Delusion, I was a bit disappointed to find it was rather polite about my own tradition. Right up there in chapter one, Dawkins sensibly suggests that Buddhism might be seen as an ethical or philosophical system rather than a religion, and so not a major focus for his ire. We’ve got off lightly from other anti-religionists too – Sam Harris even goes on Buddhist meditation retreats.

The International Buddhist Film Festival, which opened in London last week, has at least provoked a bit of poking at our flabby underbelly. On Radio 3, Martin Palmer accused western Buddhists of creating their own version based on “the religion we don’t want, which is Judeo-Christian, and the religion we would love to have, which isn’t quite religion, which … doesn’t have too many rules, and the rules it does have, like the Tibetan ban on homosexuality, are conveniently forgotten.” Mark Vernon, relaying Palmer’s comments on his blog, agreed, describing western Buddhism as “deeply partial, a pick ‘n’ mix religion”. Their criticisms would appear to be supported by a glance at the IBFF schedule, which includes films – such as Donnie Darko and Hamlet – for which the label Buddhist seems pretty tenuous.

But Buddhism has always changed shape according to place and time. Impermanence, as one of the three marks of existence, must apply also to Buddhism itself. It accepts, even demands, that every culture must find its own unique expressions of awakening. To prevent them becoming pieces of stale ideology, its discoveries must be tested anew by each practitioner, rather than being swallowed from scripture. Whenever Buddhism is embraced in a new location, it has mixed with pre-existing wisdom – hence, for example, why Zen looks so different from Tibetan Vajrayana.

In Buddhism there should be no room for dogma – the ultimate criteria for performing an action is its role in alleviating the suffering of oneself and others. A course of action could reduce suffering in one circumstance and magnify it in another, so the rules are there to be broken and the traditions are there to be changed, provided, of course, you can do it skilfully. When asked to sum up the essence of Buddhism, Japanese teacher Shunyru Susuki replied “Not always so”. The pliability of the teachings means that mistakes can be learned from, and culturally created doctrines or codes of behaviour that are unwise, outdated or harmful – the aforementioned approach to homosexuality for example – can be freely consigned to the bin.

Does that make western Buddhism a pick ‘n’ mix religion? Perhaps it does – but if we pick and mix well, we might create something good. Indeed, if we pick wise insights from the past and mix them with the ever-accumulating knowledge from our own cultural heritage, then what we might have a viable model for 21st-century spirituality. It needn’t even be called Buddhism, which is, after all, just a word.

As a path that simultaneously emphasises both constant change and a relentless search for truth, perhaps Buddhism is in a good position to develop more mature forms. However, the rational onslaught must inevitably spur other traditions to self-question and adapt too. And this is where Richard Dawkins may well be one of religion’s greatest allies. The old code that sacred beliefs cannot be challenged for fear of causing offence has been shattered – and it needed shattering. If the sacred dimension just means articles of faith that provoke outrage when assaulted, then religion and the religious would be better off without them. Dawkins and his ilk may have their sights trained on eliminating religion, but what they are actually doing is exposing its dead wood, the anachronisms that have been protected from critical thinking, and that needed cutting away.

Claims to special privilege in society, indoctrination of belief as fact, repressive or violent acts as a means of evangelism, and the upholding of outdated worldviews on scriptural grounds – all these and many other examples of the misuse of spiritual traditions do them no favours and should be dropped. If that is pick ‘n’ mix religion, can I be first in the queue at the sweet counter?

14 Responses to Dawkins Does Religion