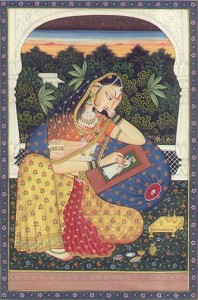 Mathematics has always taught us to be extremely careful when extending theorems for finite elements to infinite elements. The arguments used to prove things in the infinite limit have to be very subtle indeed, and only a refined mathematician can appreciate the significance of such things. For most people these subtleties of mathematics will be a complete chore with no practical use, though they may be using gadgets whose foundations are the very mathematical rigor they detest.

That an innocuous argument like the Axiom of Choice can lead to the Banach-Tarski paradox is surprising. Informally put, the axiom of choice says that given any collection of bins, each containing at least one object, it is possible to make a selection of exactly one object from each bin. This is absolutely trivial in the case of finite bins, but accepting the axiom of choice in infinite dimensions leads to the Banach-Tarski paradox. This paradox implies that, given any two “reasonable” objects (such as a small ball and a huge ball), either one can be reassembled into the other. Or as it is often stated, “a pea can be chopped up and reassembled into the sun,” which is highly counter intuitive and difficult enough to explain, not to speak of understand! Such mathematical facts beg for grander philosophical explanations of life, at least in flexible adolescent minds.

In spiritual traditions exploring metaphysical realities even larger complexities arise. A genuine spiritual aspirant is humbled by the finitude of his mortal existence in the face of the infinity of creation and the notion of the Absolute. This Absolute infinity is even more complex to deal with than relative mathematical infinity. The latter is in one sense finite in comparison to the former. Thus given the above, one may ask, “How can the finite being know even the finite (relative world),” but it is more perplexing to ponder how the finite being can know the infinite. How many people even understand what they are dealing with? Not many. And those who do have direct experience of some aspect of the Absolute are the mystics. Their numbers are few, but like mathematicians and scientists, they also try to offer something practical to the rest of society. In doing so they have to make some compromises and gloss over many of the subtleties that arise in expressing ideas about the Absolute. Despite this, such mystics create an environment that fosters genuine spiritual interest, and when this interest awakens in spiritual aspirants, they too will dive into the ocean of the Absolute, like the mystic, and find these subtleties for themselves. This spiritual interest, according to Plato, has to be as intense as the infatuation of an adolescent boy for a young girl, or in terms of Gaudiya Vedanta, a young girl for a young boy. The Vedantic tradition conjectures that the progress of the individual towards the Absolute is developed gradually over lifetimes as the intensity in the soul’s approach towards the Absolute increases.

Again, when the limits of human reason defined by mathematical logic cannot capture the relative, physical world perfectly, then how can one hope to approach the Absolute truth? The Vedantic tradition tells us that to resolve conflicting issues in the realm of intellect we need to move to a higher plane. What then is this higher plane? It is the non-dual realm of  pure consciousness. Bhajana, or advanced spiritual practice in devotional Vedanta, is enacted on the plane of non-dual consciousness. In that plane aspirants can actually begin to approach the Absolute, but even then they can capture only an aspect. However, this suffices for them because they can function in harmony with the will of the Absolute and experience great happiness. After all, a part of the infinite is itself of infinite potential.  The apparently contradictory statements given in the Upanishads about the Absolute truth, such as, “He is near yet far away,” “He is in everything yet outside of everything,” “He is the perfect lover but he is perfect in renunciation,” have to be understood with the right frame of mind—that of a submissive, inquisitive student. Here we are dealing with the biggest infinity, and we need to be open to ideas that cannot fit within the realm of human logic. And Gaudiya Vedanta in particular states that it is the inconceivable potency of the Absolute that makes it possible for the Absolute to manifest qualities which, when seen through the lens of human intellect, seem mutually exclusive. It is only on the Absolute’s terms that we finite beings can know the whole truth through revelation. The infinite has the power to reveal itself to the finite, who otherwise has no hope of ascending the summit of the mountain of truth by his or her own effort.

The Gaudiya tradition draws a road map for a spiritual practitioner to progress to the plane of the soul and beyond where one functions in harmony with the Absolute. In this plane the complete manifestation of the Absolute, in whom all contradictions are reconciled, is Sri Krishna, appearing to mystics as the transcendent, adolescent lover. The goal set for Gaudiya practitioners is pure love for Sri Krishna. Their practice is meant to help them cross the sensual, mental, and intellectual planes and come to plane of pure consciousness, wherein the loving exchange between the soul and Sri Krishna is developed and eventually fully realized, at which point it continues to grow. Such practice in essence consists of acting such that one attracts the sympathy of the Godhead, nothing more. What can a poor young girl do to attract a wealthy, powerful man’s attention? Thus it is not only with the intensity of Plato’s adolescent infatuation that one must seek, but with all the humility at one’s command. Not that Plato missed this point, as his fondness for Socrates’s position—”The greatest thing to know is that you know nothing”—is well known. Sri Caitanya of course concurs, and thus he thoughtfully places humility before ecstacy.

4 Responses to What’s a Girl To Do?