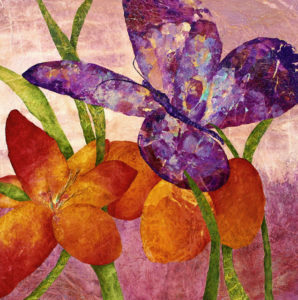 I sometimes trace my spiritual search to childhood viewings of the movie Star Wars. Perhaps gleaning something about mortality and the nature of existence from the film, I would often ask my mother about death and the afterlife as the credits rolled.

From my early youth, I was committed to learning something of many spiritual traditions, comparing the relative merits of texts, teachers, and techniques. I sought answers that would be complete and satisfying in an enduring way. I was also motivated by the idea that I would be able to rest peacefully once I found my path.

Elements of every tradition that I surveyed, if followed purposefully, constituted something clearly superior to a life of material ambition. Still, I was not compelled to do much more than dabble in spiritual life. I was eager to search, inquire, and doubt, but somewhat hesitant to find, accept, and surrender.

My hesitance paid dividends, as I found myself repeatedly drawn to Gaudiya Vaishnavism. Even when taken in at a distance, it was apparent that the tradition’s theological conception, practice, and ultimate ideal were of their own spiritual genus. In krishna-bhakti, I saw the potential for the oft-uttered instruction, “Be in the world, but not of it,” to be actualized. Elsewhere, this was but a slogan.

Despite the tradition’s extraordinary attributes, I eventually made disheartening observations about its common application in modern times. Although I was convinced that Krishna Consciousness was accommodating, relevant to the present, and even revolutionary, I saw how those qualities were often suppressed or marred by fanaticism, a lack of critical thought, and the muffling of dynamic and progressive voices.

In particular, I noticed that a distinction was not always made between essential and eternal principles of bhakti and non-essential cultural details. When I hoped for mature responses to social issues, I was often dismayed to instead hear condemnatory language, purportedly derived from the Vedic worldview, but ultimately of little actual importance to bhakti.

I noticed that many spiritual seekers who would appear at devotional gatherings (especially those with whom I shared an educational and cultural background) were hesitant to move from the position of casual participant to that of committed devotee. Like me, they possessed an enduring attraction to Krishna Consciousness, but also a discomfort with the cultural baggage and fundamentalist views that were sometimes conflated with devotion.

I decided to wait for change, however improbable. Very fortunately, I eventually began to sense that I must become the change I waited for so helplessly, even if this meant rejecting institutional boundaries or confronting certain fanatical ideas that went unchallenged by most.

In order to begin living a life framed by the conceptual orientation of Krishna Consciousness—rather than merely informed by it—I decided that I needed to seek out those who personified the revolutionary and progressive spirit of the tradition. Somewhat foolishly, however, I assumed that my search would “conclude” when I found the persons and environment with such characteristics.

Having found both, I am beginning to appreciate that spiritual life is not at all about attaining some fixed destination or knowledge after a long search—what to speak of resting comfortably and smugly having done so. Indeed, my preconceptions about what Krsna Consciousness “really is” have many times been eclipsed or altogether obliterated by those who embody the tradition’s dynamic spirit. This is humbling and further instills in me the understanding that the search must continue—indefinitely—despite my having found the path that I had sought practically since childhood. Truly the path of krishna-bhakti is one that is characterized by unending pursuit, typified by the ideal in which the devotee experiences both the joys of union and the longing of separation—ad infinitum.

Whichever way one looks at it, my sense that I must truly be the change I wish to see has only been confirmed. Therefore, embodying the essential teachings of guru and sastra and learning to discriminate between culture-bound details and eternal principles of Krishna Consciousness is clearly the task at hand—and it is no small assignment. It is far too easy to sit on the sidelines of spiritual life and point out the defects of others, but becoming an example to the contrary is another matter entirely.

2 Responses to Being the Change