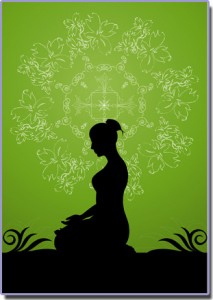 Recently the ongoing issue of practicing meditation, specifically the “transcendental” variety, in schools has been receiving more press. This is due largely to the outspoken comments of celebrity director David Lynch and the public support his foundation has received from other high-profile characters—particularly Paul McCartney and Ringo Starr, who recently headed a three million dollar fund-raising event for Lynch’s cause. Aside from his desires to take Transcendental Meditation to the Middle East and Rio de Janiero (in an effort to decrease violence, amongst other things) Lynch hopes to spread TM throughout U.S. public schools.

Some reports currently claim that there are already over 2,000 students in 21+ schools practicing TM as part of their school day.  From what I can tell, both the students and many of the teachers seem to see the practice in a positive light. But, as would be expected, there are some who are adamantly against the integration of “cult” practices into the already fantastic American school system. To them, the promotion and practice of TM in public schools constitutes a breach of the separation of church and state. Whether this is truly the heart of their objection, or the true concern lies in the embrace of a weird, “new-agey,” Indian “thing,” I remain skeptical. Add to that the fact that most of the protest seems to come from Christians, and the whole “separation of church and state” assertion becomes even more suspect. We then find ourselves in the age-old fundamentalist battle that is really saying, “Separation of your church and my state,” which itself is a compromise from the ideal: “eradication of your church entirely.”

TM proponents seem equally adamant that TM is not a religion, but a science. They cite scientific studies that support their claims that TM benefits both mind and body. While I have read in multiple places scholars disregarding these studies as flawed, I am yet to see further elaboration. I personally do not doubt the potential of such a practice to be beneficial in some scope, for both adults and children.

There is another side to TM though, one that proponents perhaps play down in the public and more so than in the past. Firstly, enlightenment ain’t cheap. For adults it costs about $2,500 to enroll in a TM course. This has always been a part of the TM process and for many, including myself, it calls into question the authentic spiritual nature of the “science.” Of course, being a “science,” I suppose there is no conflict here. Secondly, while it is safe to assume that all parties want the youth to be able to rise above petty conflicts and violence, never before has this been interpreted to mean levitation.  Perhaps the fact that Maharishi Mahesh Yogi offered levitation and other siddhis through TM is another reason why people object to its public school application. Indeed, this aspect of TM is likely to be seen as demonic and laughable by Christians and secularists, respectively.

It seems to me that TM both is and is not Hinduism. It is Hinduism in that incorporates mantras to Hindu gods and even a superficial exploration of Maharishi’s teachings quickly reveals them to be some form of Advaita Vedanta. But in the context of the public school debate there is nothing I have come across from students that hints towards religion at all. Rather, this is what students experience: “I meditate and it calms me. It helps me to focus on schoolwork,” “I did my breathing and felt really calm,” “it makes my mind clearer¬—and my day so much smoother.” This is the TM of the classroom. No enlightenment, no bliss, and no merging of any sort, simply mental and physical results which the students seem to like. Then again, in as much as the majority of people in any religious tradition are engaged in it on a fairly superficial and self-serving level, perhaps these minute benefits are religious. Maybe this is the actual issue at hand for Christians: TM is assisting the goals that many of them engage in their own religion to accomplish.

Rather than squabbling over what does constitute a violation of the separation of church and state, perhaps we should endeavor to nurture the youth’s ability to recognize and rise above dogmatism and hypocrisy, which absolutely spreads across all varieties of religions and political institutions. Then we might really find ourselves “rising above” in a way that is infinitely more substantial than levitation.

14 Responses to Church, State, or Meditate?