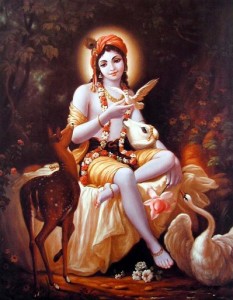 Setting sacred literature and the logic for adherence to its conclusions aside, is there any other logic that supports the notion of a concrete Absolute of unlimited form? While the highest form of divine revelation must be free from sectarianism and thus represent the greatest generality, it must also possess the greatest wealth of positive content.

The Russian mystic and philosopher Vladimir Solovyov has coined the phrase “positive universality” in his attempt to describe the Absolute. He conceives of positive universality in contradistinction to the absence of all determinate properties and distinctive features. He opines in concert with the Upanisads that in seeking a universal religion and ultimate spiritual reality, it is insufficient to merely do away with all distinctive features of the Absolute. This is so because in doing so we reach at best only the lowest common denominator of religion. We arrive at the minimum of religious content. Such an abstract form of religion under any name, he reasons, leads ultimately to nihilism and atheism.

Solovyov would have us take a step forward. Acknowledging the general religious principle that constitutes our common religious ground, he asked his audience to go higher. “The richer, the more alive and concrete a religious form is, the higher it is. The perfect religion is not the one that is equally contained in all religions [the indifferent foundation of religion]; the perfect religion is one that possesses and contains within itself all religions [the complete religious synthesis].” This is the meaning of “Krishna,” in which all forms of love find transcendental expression.

In devotion to Krishna, we do not encounter the fanaticism that holds to only one spiritual revelation, for Krishna includes all forms of the Godhead and thus all varieties of love of God. Nor do we encounter the abstract rationalism that evaporates the essence of religion into a fog of indeterminate concepts, fusing all religious forms into a formless, colorless, impotent generality or void.