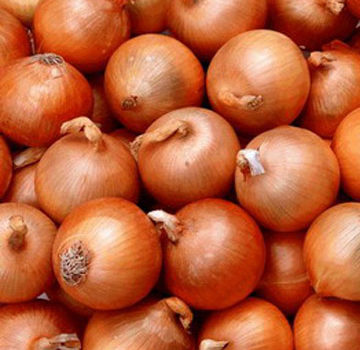 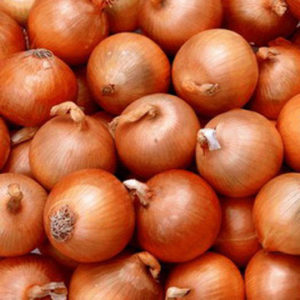 You may know that onions and garlic are botanical members of the alliaceous family (alliums) – along with leeks, chives and shallots.

According to Ayurveda, India’s classic medical science, foods are grouped into three categories – sattvic, rajasic, and tamasic—foods in the modes of goodness, passion, and ignorance. Onions and garlic, and the other alliaceous plants are classified as rajasic and tamasic, which means that they increase passion and ignorance.

Those that subscribe to pure brahmana-style cooking of India, including myself, and Vaishnavas—followers of Lord Vishnu, Rama and Krishna—like to only cook with foods from the sattvic category. These foods include fresh fruits, vegetables and herbs, dairy products, grains and legumes, and so on. Specifically, Vaishnavas do not like to cook with rajasic or tamasic foods because they are unfit to offer to the Deity.

Rajasic and tamasic foods are also not used because they are detrimental to meditation and devotion. “Garlic and onions are both rajasic and tamasic, and are forbidden to yogis because they root the consciousness more firmly in the body”, says well-known authority on Ayurveda, Dr.Robert E.Svoboda.

Some branches of western medicine say that the Alliums have specific health benefits; garlic is respected, at least in allopathic medical circles, as a natural antibiotic. In recent years, while the apparent cardiovascular implications of vegetable Alliums has been studied in some detail, the clinical implications of onion and garlic consumption from this point of view are still not well understood.

Nevertheless, there are still many adverse things to say about garlic and onions. Not so well known is the fact that garlic in the raw state can carry harmful (potentially fatal) botulism bacteria. Perhaps it is with an awareness of this that the Roman poet Horace wrote of garlic that it is “more harmful than hemlock”.

It should be pointed out that Garlic and onion are avoided by spiritual adherents because they stimulate the central nervous system, and can disturb vows of celibacy. Garlic is a natural aphrodisiac. Ayurveda suggests that it is a tonic for loss of sexual power from any cause, sexual debility, impotency from over-indulgence in sex and nervous exhaustion from dissipating sexual habits. It is said to be especially useful to old men of high nervous tension and diminishing sexual power.

The Taoists realized thousands of years ago that plants of the alliaceous family were detrimental to humans in their healthy state. In his writings, one sage Tsang-Tsze described the Alliums as the “five fragrant or spicy scented vegetables”—that each have a detrimental effect on one of the following five organs—liver, spleen, lungs, kidneys, and heart. Specifically, onions are harmful to the lungs, garlic to the heart, leeks to the spleen, chives to the liver and spring onions to the kidneys.

Tsang-Tsze said that these pungent vegetables contain five different kinds of enzymes which cause “reactions of repulsive breath, extra-foul odor from perspiration, and bowel movements, and lead to lewd indulgences, enhance agitations, anxieties, and aggressiveness,” especially when eaten raw.

Similar things are described in Ayurveda. ‘As well as producing offensive breath and body odor, these (alliaceous) plants induce aggravation, agitation, anxiety, and aggression. Thus they are harmful physically, emotionally, mentally and, spiritually’.

Back in the 1980’s, in his research on human brain function, Dr Robert [Bob] C. Beck, DSc. found that garlic has a detrimental effect on the brain. He found that in fact garlic is toxic to humans because its sulphone hydroxyl ions penetrate the blood-brain barrier and are poisonous to brain cells.

Dr. Beck explained that as far back as the 1950s it was known that garlic reduced reaction time by two to three times when consumed by pilots taking flight tests. This is because the toxic effects of garlic desynchronize brain waves. “The flight surgeon would come around every month and remind all of us: “Don’t you dare touch any garlic 72 hours before you fly one of our airplanes, because it’ll double or triple your reaction time. You’re three times slower than you would be if you’d [not] had a few drops of garlic.”

For precisely the same reason the garlic family of plants has been widely recognized as being harmful to dogs.

Even when garlic is used as food in Chinese culture it is considered harmful to the stomach, liver and eyes, and a cause of dizziness and scattered energy when consumed in immoderate amounts.

Nor is garlic always seen as having entirely beneficial properties in Western cooking and medicine. It is widely accepted among health care professionals that, as well as killing harmful bacteria, garlic also destroys beneficial bacteria, which are essential to the proper functioning of the digestive system.

Reiki practitioners explain that garlic and onions are among the first substances to be expelled from a person’s system – along with tobacco, alcohol, and pharmaceutical medications. This makes it apparent that alliaceous plants have a negative effect on the human body and should be avoided for health reasons.

Homeopathic medicine comes to the same conclusion when it recognizes that red onion produces a dry cough, watery eyes, sneezing, runny nose, and other familiar cold-related symptoms when consumed.

These are just some of the reasons I avoid leeks, chives, shallots, garlic, and onions.

Kurma dasa is a world-renowned vegetarian chef and has authored of numerous cookbooks, starred in his own cooking show, and taught cooking courses for years. This article originally appeared on his official website.

53 Responses to Why No Onions and Garlic