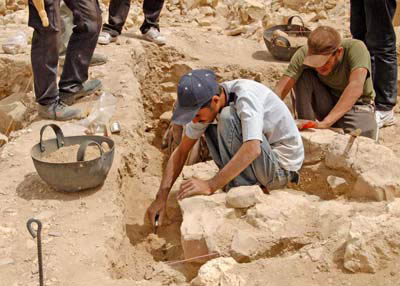 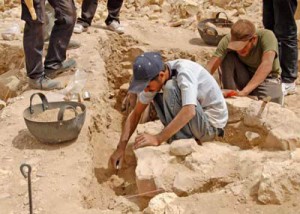 Does science provide verification of scripture?

Today the Deccan Herald reports the latest in what has apparently been an ongoing search for the sanjivani, the magical plant of the Ramayana that revived Laksmana after being hit by the arrow of Ravana’s son, Indrajit:

Exploiting the Indian Bio-resources Information Network, the scientists began the search first by looking for plants known as sanjivani in the epic. This led to six plants.

Further examination eliminated three, as common names of the three plants were only indirectly indicative. In other words, use of the term sanjivani is not very obvious for those plants.

The plants’ habitats were checked next. This removed one more plant, which is not grown in hilly regions, leaving S.bryopteris (a fern) and F.fimbriata (an orchid) as the two candidates.

“S.bryopteris is known to offer protection against heat shock and ultra-violet ray shock. Its medicinal properties are under investigation by other researchers. The orchid also satisfies most of the criterion,” team leader K. N. Ganeshaiah of Bangalore’s University of Agricultural Sciences told Deccan Herald.

But what does this mean? Is it simply another effort to establish the historical and scientific accuracy of a religious text, thereby negating the discomfort of being a “believer” in the modern world?

Such attempts are nothing new, yet their popularity never seems to wane. Also in the news is the upcoming documentary film, Krishna: History or Myth, which has already been dubbed in eight Indian languages, along with Spanish and German. The film’s director, U. K. based Dr. Manish Pandit, hopes to establish that Krishna “existed in reality and [is] not merely in the imagination of devotees and scripture writers.” To do so, Pandit will employ “archaeological evidence, astronomical evidence, and living and oral traditions.” But again, even if he were successful—which I am inclined to think is not possible, at least by the standards of Western academia—what would that mean? Would those who have no faith in scripture suddenly became faithful?

Or perhaps, as Dr. Manish’s tone above seems to indicate, those who do have faith in scripture will be vindicated in the eyes of the rest of the world.

Of course, as opposed to the uncovering of Kuruksetra or the resurrection of Dvarka, the discovery of the alluring sanjivani plant could hypothetically have significant medical ramifications, but it certainly won’t give bhakti.

Ultimately, one of the most fundamental motivations in efforts such as these is to reinforce tender faith. For one with tender faith, confirmation from the material world holds more weight. But just as the matter that brings the confirmation is itself only temporary, faith built on material verification will not last. Can any archeological find establish that Krishna’s form is sat-cit-ananda? Can it detect the svarupa-shakti? Because this is what makes the Kuruksetra war important: the eternal, omniscient, and blissful Godhead becomes the chauffeur of his friend and devotee.

The things that make Krishna, Krishna, or Rama, Rama—that is to say, spiritual—simply can never be subject to the perception of imperfect senses, for if they were, Krishna would no longer be the same Krishna that Pandit and others are trying to prove in the first place.

It is not that we should not expect some experiential verification in the course of spiritual practice, but the nature of that experience is not something that we can bury for others to unearth in the future. Nor should we put our intellect entirely aside, for the process of understanding spiritual life and changing as needed will require more intelligence than many of us have. Rather, the task is to put our intellect and senses in their proper place so that they may assist us on the path to enlightenment, rather than become our sole tools in the quest. After all, it is an inner journey that we have come for; that is where we must dig for the truth.

8 Responses to Digging for Truth