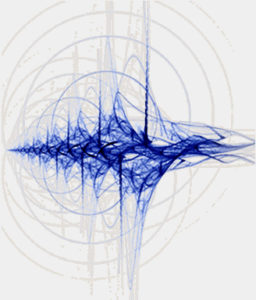 Lesson two in our classroom series discussing chapter 2 of Swami Tripurari’s Siksastakam of Sri Caitanya. San Rafael: Mandala, 2005. Swami will be responding to comments and questions while guiding readers through the text. Reader participation is encouraged.

As Gaura Krishna continues to glorify nama-sankirtana, he speaks about the ease with which it is performed. It can be done at any time, in any place. Mahaprabhu explained this glory of nama-sankirtana to Rama Raya and Svarupa Damodara: “There are no rules governing time or circumstance; even by chanting the name while eating or sleeping one can attain perfection.”1

Although Mahaprabhu is talking about the ease of performing nama-sankirtana in this second verse of Siksastakam, it is worth noting that he uses the word smarane, indicating nama-smaranam as well. Japa of Krishna nama, wherein the holy name of Krishna is whispered or remembered within the mind while counting on one’s japa-mala, is considered to be nama-smaranam, as opposed to nama-kirtana. This meditation on Krishna nama, like nama-sankirtana, is not dependent on particular conditions to be fruitful. Unlike meditation in the yoga-marga, which must be done under certain conditions and requires a pure heart for it to be fruitful, meditation on Krishna nama can be executed while walking or sitting and at any time, whether one’s heart is pure or impure. Because the spiritual discipline of Krishna nama is ultimately an expression of the highest love transcending religious decorum, it is not bound by the regulations governing other spiritual disciplines, such as yoga and jnana.

By comparison, the jnana-marga is not easy to tread. It emphasizes renunciation of the world (sannyasa), the study of Vedanta, and introspection, all of which are difficult in comparison to nama-sankirtana. Although Mahaprabhu accepted sannyasa, he did not tread the jnana-marga, and thus he was not preoccupied with the study of Vedanta and a life of introspection. Indeed, Sri Isvara Puri, Mahaprabhu’s diksa guru, advised him not to occupy himself with the typical duties of the sannyasa order, such as the study of Vedanta. By calling Gaura a fool and telling him that he was not qualified to study Vedanta, Sri Isvara Puri revealed that in Kali-yuga people are not eligible for such practices. The study of Vedanta is a long and tedious undertaking, and in Kali-yuga time is short and memory poor. Instead of study, the simple practice of nama-sankirtana is mandated.

The ease and simplicity with which nama-sankirtana is performed does not diminish its value. On the strength of his experience of nama-sankirtana, Mahaprabhu converted many sannyasis in Benares from the study of Vedanta (jnana-marga) to bhakti-marga. At first these sannyåsis thought that Sri Krishna Caitanya was merely a sentimentalist and that singing and dancing were inappropriate for a sannyasi, who is to be ruled by reason and scripture rather than mind and emotion. However, Mahaprabhu demonstrated that spiritual love, unlike material love, is grounded in knowledge, Vedanta. Indeed, Mahaprabhu made it clear that the simple expression of love that is at the heart of nama-sankirtana is the essence of Vedanta.

Thus when Mahaprabhu tells us in this verse of Siksastakam that nama-sankirtana is easy to perform and not encumbered by the rule of Vedic law, we should not think that it has no connection with Vedanta, that it is merely sentiment with no foundation in knowledge. Indeed, Krishna nama is both Brahman and the means to realize Brahman. Because Brahman is the exclusive subject of Vedanta-sutra, the Siksastakam, being a commentary on the significance of Krishna nama, is also a commentary on the significance of Brahman and in this sense Mahåarabhu’s commentary on Vedanta. Therefore, let us examine the essence of Vyasa’s sutras in light of Mahaprabhu’s Siksastakam for the sake of adding further support to the idea that although Krishna sankirtana is easy to perform, it is nonetheless a practice that is well reasoned and scripturally based.

Vyasa’s suutras begin by advising us to inquire into the nature of Brahman, athato brahma-jijnasa: “Now, therefore, is the time to inquire into the nature of the Absolute.” Brahman, the sutras tell us in the next of Vyasa’s aphorisms, is janmady asya yatah, “That from whom the world emanates.” Thus we are to inquire into the nature of the source of the world. How are we to make this inquiry? Vyasa’s third sutra answers, sastra-yonitvat: “Revelation in the form of divine sound is the womb that gives birth to knowledge of Brahman.” In pursuit of this mandate to seek revelation through revealed sound, one may encounter an obstacle: revealed sound is diverse and the Vedas a veritable jungle of sounds, apparently advocating many things. How can divine sound, which is diverse in its advocacy, give birth to the singular experience of Brahman? Certainly all paths do not lead to the same place. To this doubt sutra 4 replies, tat tu samanvayat: “When understood in context it is clear that the entirety of revealed sound is all pointing in the same direction.” In other words, while there are many sound directives in scripture that appear to point in various directions, when the entirety of scripture is studied and its directives are understood in context, it becomes clear that scripture points to one thing: Brahman.

However, completing a comprehensive study of revealed scripture is no small undertaking and time in Kali-yuga is short. Again, for these reasons Isvara Puri advised Mahaprabhu not to study Vedanta. Instead, he advised him to chant one sound consisting of two syllables, “krish-na.” The most merciful Srila Rupa Goswami has written a similar statement: “The srutis, the divine sounds of the Upanishads, like effulgent gems of knowledge are all casting light on one sound, ‘Krishna.’ ”2 By this sound alone one can realize the nature of Brahman to a greater extent than one could through any other sound or through all other sounds combined. Gopala-tapani reveals further that the Upanishadic statements cast light on the nature of Brahman, yet the sound “Krishna” is Brahman, Param Brahman—namo vedanta-vedyaya—and thus the sruti points to this sound for comprehensive knowledge of Brahman. Therefore, discussing Krishna and chanting his name reveal much more about Brahman than that derived from uttering the Upanishadic dictums such as tat tvam asi and so ’ham. In this regard, Sriman Mahaprabhu has said:

The sounds of sruti remain far
from the immortal nectar talk of Hari.
Uttering them, there are no transformations of ecstasy,
no hair standing on end, no trembling,
no heart melting, no crying ecstatically.3

It is this ecstasy, which signals comprehensive knowledge of Brahman, that Sri Caitanyadeva advocates in his Siksastakam. This comprehensive knowledge of Brahman is the experience of Brahman not merely as the source of the world but as rasa, sacred aesthetic rapture. Mahaprabhu’s conviction that Brahman is rasa and that those who realize this are able to taste rasa is supported by Taittiriya Upanishad’s dictum raso vai sah, “Brahman himself is rasa. Attaining rasa, verily one becomes blissful.” 4 When we understand that Brahman not only is the source of the world but also is sacred aesthetic rapture, we understand that rasa is the source of the world. The original rasa that Brahman is ultimately about—the love of Radha-Krishna—is the source of the shadow of rasa that drives the world. The means to fully realize Brahman as rasa and thus transcend the mere shadow of rasa appearing as the world is to take shelter of sacred sound. Accordingly, the final statement of Vyasa’s sutras declares, “Liberation through sound. Liberation through sound.”5 This sutra ultimately refers to the most sacred sound of all—“Krishna.”

One Response to Liberation Through Sound