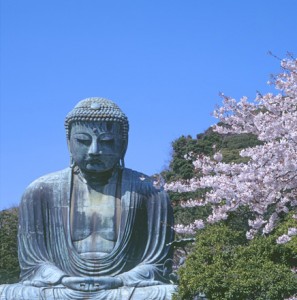 The following article discusses the Western embrace of Buddhism, addressing an issue that arises in Gaudiya Vaishnavism as well.

Henry Steel Olcott, TW Rhys Davids, and other 19th century western “Buddhologists” arrived in Asia brimming with Orientalist idealism about the pure wisdom of the ancient east. Then they looked around and concluded that the people of Asia were largely an ignorant lot who didn’t appreciate “authentic” Buddhism as well as them. Olcott in particular made it his mission to explain Buddhism to the Sinhalese, publishing a Buddhist catechism and organizing Buddhist Sunday schools.

Both Rhys Davids and Olcott made important contributions to the understanding of Buddhism in the West, and I understand the people of Sri Lanka still honor Olcott’s memory. We might well dismiss 19th-century western attitudes toward “inauthentic” Asian Buddhism as typical Victorian-era white arrogance. However, westerners continue to want to save Buddhism from backward, superstition-ridden Buddhists, who (they believe) have contaminated the Buddha’s authentic philosophy with rituals, altars, bowing, incense and other clutter of religion.

The imperialist spirit lives on today in best-selling author and atheist Sam Harris, for example. Harris wrote in an essay titled Killing the Buddha that “The wisdom of the Buddha is currently trapped within the religion of Buddhism.” Like the Victorian Buddhologists, Harris seems besotted with his own ideal of an authentic Buddhism that no saffron-robed Asian monk could possibly appreciate.

As a Buddhist who writes about Buddhism, I encounter almost daily enthusiasts who declare with great confidence that Buddhism is a wonderful philosophy, or maybe even a science, but it’s not a religion. And they know this because they’ve read lots of books about it. That most of those books were written by people who spent years immersed in rituals, altars, bowing, and incense tends to be overlooked.

Meanwhile, people debate whether Western Buddhism is “authentic”, or even if authentic Buddhism can exist in a Western cultural context. I say the issue of “authentic” Buddhism in the west is not about robes versus blue jeans, or about culture at all. The issue is whether we can accept Buddhism on its terms and not ours.

Westerners no sooner realized that there was something of value in Buddhism than they co-opted it for their own agendas, from promoting human understanding to personal self-improvement. But the power of Buddhist practice comes from its ability to confound assumptions and break us out of limited, habitual thinking. If from the beginning we demand that Buddhism conform to our assumptions and habitual thinking, it hardly matters whether we wear jeans or robes. It won’t be authentic.

Our very determination to shoehorn an ancient Asian discipline into 21st-century western definitions of “philosophy” or “religion” is a rejection of “authentic” Buddhism. This sort of conceptual packaging is one of the mental habits Buddhism warns us about. Without realizing it we use prefabricated concepts about ourselves and the world around us to organize and interpret what we learn and experience. One of the functions of Buddhist practice is to sweep away all the artificial filing cabinets in our heads so that we see the world as-it-is.

About 2,000 years ago Buddhism hit another cultural speed bump as it made its way into China. The officially sanctioned monk’s robe was wrapped around the body leaving the right shoulder and arm bare. But Chinese cultural sensibilities demanded that arms be covered in public. Eventually, with much grumbling about authenticity, Chinese monks took to wearing long-sleeved robes similar in style to the robes of Taoist scholars. They wrapped the one-shoulder kashaya over the sleeved robe for formal occasions, a practice found in China, Japan and Korea to this day.

Likewise, Buddhism will find ways to express itself authentically in western culture. But to encounter authentic Buddhism in any culture, first empty your cup of assumptions and expectations. And if you meet the Buddha on the road, really kill him – meaning, “kill” all ideas about him. Don’t just replace one idea of Buddha with another idea you like better.