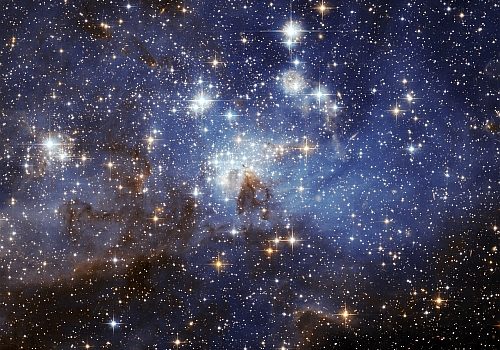 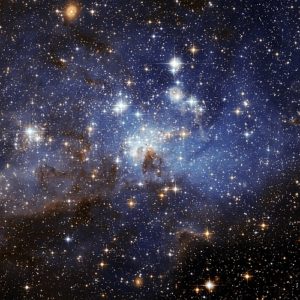 Imagine, for a moment, that you are the universe. But for the purposes of this thought experiment, let us imagine that you are not the disenchanted mechanistic universe of conventional modern cosmology, but rather a deep-souled, subtly mysterious cosmos of great spiritual beauty and creative intelligence. And imagine that you are being approached by two different epistemologies—two suitors, as it were, who seek to know you. To whom would you open your deepest secrets? To which approach would you be most likely to reveal your authentic nature? Would you open most deeply to the suitor—the epistemology, the way of knowing—who approached you as though you were essentially lacking in intelligence or purpose, as though you had no interior dimension to speak of, no spiritual capacity or value; who thus saw you as fundamentally inferior to himself (let us give the two suitors, not entirely arbitrarily, the traditional masculine gender); who related to you as though your existence were valuable primarily to the extent that he could develop and exploit your resources to satisfy his various needs; and whose motivation for knowing you was ultimately driven by a desire for increased intellectual mastery, predictive certainty, and efficient control over you for his own self-enhancement?

Or would you, the cosmos, open yourself most deeply to that suitor who viewed you as being at least as intelligent and noble, as worthy a being, as permeated with mind and soul, as imbued with moral aspiration and purpose, as endowed with spiritual depths and mystery, as he? This suitor seeks to know you not that he might better exploit you but rather to unite with you and thereby bring forth something new, a creative synthesis emerging from both of your depths. He desires to liberate that which has been hidden by the separation between knower and known. His ultimate goal of knowledge is not increased mastery, prediction, and control but rather a more richly responsive and empowered participation in a co-creative unfolding of new realities. He seeks an intellectual fulfillment that is intimately linked with imaginative vision, moral transformation, empathic understanding, aesthetic delight. His act of knowledge is essentially an act of love and intelligence combined, of wonder as well as discernment, of opening to a process of mutual discovery. To whom would you be more likely to reveal your deepest truths?

This is not to say that you, the universe, would reveal nothing to the first suitor, under the duress of his objectifying, disenchanting approach. That suitor would undoubtedly elicit, filter, and constellate a certain “reality” that he would naturally regard as authentic knowledge of the actual universe: objective knowledge, “the facts,” as compared with the subjective delusions of everyone else’s approach. But we might allow ourselves to doubt just how profound a truth, how genuinely reflective of the universe’s deeper reality, this approach might be capable of providing. Such knowledge might prove to be deeply misleading. And if this disenchanted vision were elevated to the status of being the only legitimate vision of the nature of the cosmos upheld by an entire civilization, what an incalculable loss, an impoverishment, a tragic deformation, a grief, would ultimately be suffered by both knower and known.

I believe that the disenchantment of the modern universe is the direct result of a simplistic epistemology and moral posture spectacularly inadequate to the depths, complexity, and grandeur of the cosmos. To assume a priori that the entire universe is ultimately a soulless void within which our multidimensional consciousness is an anomalous accident, and that purpose, meaning, conscious intelligence, moral aspiration, and spiritual depth are solely attributes of the human being, reflects a long-invisible inflation on the part of the modern self. And heroic hubris is still indissolubly linked, as it was in ancient Greek tragedy, to heroic fall.

The postmodern mind has come to recognize, with a critical acuity that has been at once disturbing and liberating, the multiplicity of ways in which our often hidden presuppositions and the structures of our subjectivity shape and elicit the reality we seek to understand. If we have learned anything from the many disciplines that have contributed to postmodern thought, it is that what we believe to be our objective knowledge of the world is radically affected and even constituted by a complex multitude of subjective factors, most of which are altogether unconscious. Even this is not quite accurate, for we must now recognize subject and object, inner and outer, to be so deeply mutually constituted as to render problematic the very structure of a “subject” knowing an “object.” Such a recognition—hard-won and, for most of us, still being slowly integrated—can initially produce a sense of intellectual disorientation, irresolution, or even despair. Each of these responses has its time and place. But ultimately this recognition can call forth in us a fortifying sense of joyful co-responsibility for the world we elicit and enact through the creative power of the interpretive strategies and world views we choose to engage, to explore, and to evolve with.

What is the cure for hubristic vision? It is, perhaps, to listen—to listen more subtly, more perceptively, more deeply. Our future may well depend upon the precise extent of our willingness to expand our ways of knowing. We need a larger, truer empiricism and rationalism. The long-established epistemological strategies of the modern mind have been both relentlessly limiting and unconsciously “constructing” a world it then concludes is objective. The objectifying ascetic rationalism and empiricism that emerged during the Enlightenment served as liberating disciplines for the nascent modern reason, but they still dominate mainstream science and modern thought today in a rigidly undeveloped form. In their simplistic myopia and one-sidedness, they seriously constrain our full range of perception and understanding.

The disenchanting strategy can be said to have served well the purposes of its time—to differentiate the self, to empower the human subject, to liberate human experience of the world from unquestioned pregiven structures of meaning and purpose inherited from tradition and enforced by external authority. It provided a powerful new basis for criticism and defiance of established belief systems that often inhibited human autonomy. It also at least partly succeeded in disciplining the human tendency to project onto the world subjective needs and wishes. But this differentiation and empowerment of the human being has been striven for so single-mindedly as to now be hypertrophic, pathologically exaggerated. In its austere universal reductionism, the objectifying stance of the modern mind has become a kind of tyrant. The knowledge it renders is literally narrow-minded. Such knowledge is at once extremely potent and deeply deficient. A little knowledge may be a dangerous thing, but a massive amount of knowledge based on a limited and self-isolating set of assumptions may be very dangerous indeed.

The remarkable modern capacity for differentiation and discernment that has been so painstakingly forged must be preserved, but our challenge now is to develop and subsume that discipline in a more encompassing, more magnanimous intellectual and spiritual engagement with the mystery of the universe. Such an engagement can happen only if we open ourselves to a range of epistemologies that together provide a more multidimensionally perceptive scope of knowledge. To encounter the depths and rich complexity of the cosmos, we require ways of knowing that fully integrate the imagination, the aesthetic sensibility, moral and spiritual intuition, revelatory experience, symbolic perception, somatic and sensuous modes of understanding, empathic knowing. Above all, we must awaken to and overcome the great hidden anthropocentric projection that has virtually defined the modern mind: the pervasive projection of soullessness onto the cosmos by the modern self’s own will to power.

Objectifying the world has given immense pragmatic power and dynamism to the modern self but at the expense of its capacity to register and respond to the world’s potential depths of meaning and purpose. Contrary to the coolly detached self-image of modern reason, subjective needs and wishes have unconsciously pervaded the disenchanted vision and reinforced its assumptions. A world of purposeless objects and random processes has served as a highly effective basis and justification for human self-aggrandizement and exploitation of a world seen as undeserving of moral concern. The disenchanted cosmos is the shadow of the modern mind in all its brilliance, power, and inflation.

As we assimilate the deepening insights of our time into the nature of human knowledge, and as we discern more lucidly the intricate mutual implication of subject and object, self and world, we must ask ourselves whether this radically disenchanted cosmology is, in the end, all that plausible. Perhaps it was not as truly neutral and objective as we supposed, but was in fact a reflection of historically situated evolutionary imperatives and unconscious needs—like every other cosmology in the history of humanity. Perhaps disenchantment is itself another form of enchantment, another highly convincing mode of experience that has cast its spell over the human mind and played its evolutionary role but is now not only limiting for our cosmological understanding but unsustainable for our existence. Perhaps it is time to adopt, as a potentially more fruitful hypothesis and heuristic starting point, the second suitor’s approach to the nature of the cosmos.

This article appears as an essay entitled Two Suitors: A Parable on cosmosandpsyche.com and is included in chapter 2 of Tarnas’ book, Cosmos and Psyche: Intimations of a New World View.