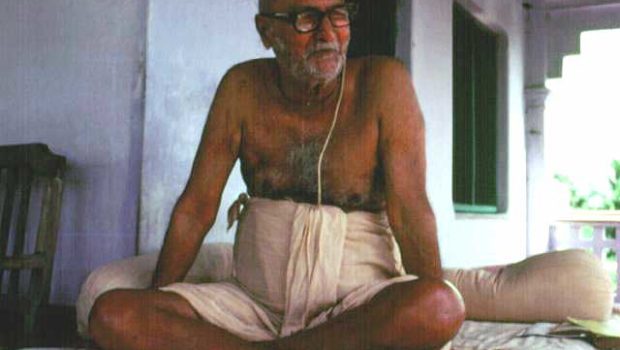 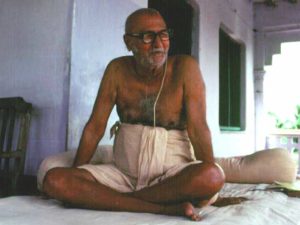 Chastity is faithfulness to the cause for which we have come. In the absolute sense it is unchangeable adherence to Krishna consciousness. There also may be relative chastity, such as when someone sincerely pursues his interest in a particular plane. However that type of chastity is not complete.

Chastity means our adherence to the truth, the truth that we have come to realize. It is of infinite character, yet there is a gradation of understanding and thus room for progress and chastity relative to one’s stage of progress. We will say that one is chaste due to one’s own progressive sincerity, not due to adherence to a formal conception of chastity.

In the beginning a new student who gains admission to a college cannot expect to know everything. One needs to gradually attain systematic, properly adjusted knowledge.  There were many in our group who heard Srila Bhaktisiddhanta Saraswati Thakura Prabhupada’s advice and words, but only partly. One day a senior man and sannyasi repeated something Srila Prabhupada had said. Although it related to a particular time and place, he wanted to utilize that in a universal way. I gave some objection: “Maharaja, Srila Prabhupada told this, it is true, but this is not the whole thing. He explained other things also. Therefore we have to harmonize.”

We cannot ignore the other part of his advice. We have to come into adjustment and systematic understanding of the words of sri surudeva and be chaste to that. Partial understanding may sometimes lay stress on a particular point and one who has caught only that may take that and nothing beyond it and find chastity there. While that has value, systematic knowledge of the whole must be understood to arrive at the whole picture of chastity. In a progressive life, the plane one devotee may want to withdraw from to make further progress may be the goal of attainment for another devotee. That which is the object of attainment for the kanistha-adhikari, a madhyama-adhikari may withdraw from in his attempt to climb higher.

Under the guidance of one’s guru there are so many different sections of disciples. All the students may not be equal in their realization. One can understand to a certain extent, another can understand something more, and another can understand even more. In this way there may be gradation. Even the senior disciples may fall back and the juniors may go up. That is also possible. I have seen this and you can also see it. Many of the older ones have gone away and the newcomers are showing greater energy. You may find that amongst yourselves as we also found amongst ourselves. There are no stereotyped rules. It is a living thing.

Different instructions apply to different classes of devotees, and Krishna says, “Sometimes it will be necessary to show devotion to me, even crossing my own laws.” We must also consider the realizations of higher devotees. So many things are there, but the main thing is faithfulness, chastity to the cause. To die for the cause. Die to live!  Simplicity means to be independent of ancient prejudices. To be clear. To be free of foreign possession, that is simplicity and chastity.

They should take their stand there. According to one’s own progress one cannot but see that some things learned previously must be rejected and some new things in front must be invited to come near. Progress means this.  In his book Brhad-Bhagavatamrtam, Srila Sanatana Goswami has given sambandha-jnana, the knowledge of the relationship between ourselves and the Godhead. We have to follow that closely. That means proper adjustment. At first we shall have some sort of approximate knowledge and that will be realized more and more. Taking our stand in a particular position if we look out we will be able to say, ‘this is here,’ ‘this is there,’ ‘this is lower,’ ‘that is higher.’ In Krishna consciousness we must understand sambandha-jnana.

There are many who cannot control the temptation from within to exploit the guru or Krishna—guru-bhogi, krishna-bhogi—and create some facilities for their own personal exploitation. That is also possible. A real student, a bonafide student, must be alert on all sides whether non-Krishna is coming in disguise. We must try to recognize that and save ourselves. If we are sincere and chaste to the truth no one can disturb us.

We have to be very careful to protect this valuable tendency within us and maintain our taste and the vision of our inner awakening. We must maintain that and if possible make some progress in our line. That is our interest.  ”God save me from my enemies.” And, “God save me from my friends”—that expression is also there. You must be alert that as a friend someone may not deceive you. You must be so careful. At your own risk pray to the Supreme, the chaitya-guru, for giving you the right direction: “What is what? What is to be accepted?” It is a crucial point.

I don’t want to take the responsibility. Mahaprabhu and Krishna also do not take the responsibility. Even though Krishna can control everything, he also says: “You are free.”  In the Srimad Bhagavad-gita Krishna instructs: “I have said what I had to say. Now, Arjuna, you decide what you want to do. Think it over exhaustively. Think it over to the best of your ability and then decide what step you are going to accept.”

4 Responses to Chastity: Relative and Absolute