Mythos, Logos, and the God Beyond God 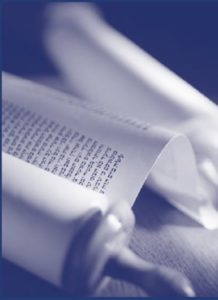 The following article by renowned religions scholar Karen Armstrong—despite some sweeping generalizations—articulates well the historical context that has brought the Western world to its current religion vs. science dichotomy. Along the way Armstrong makes some well-reasoned claims as to religion’s place in the world and our lives.

Richard Dawkins has been right all along, of course—at least in one important respect. Evolution has indeed dealt a blow to the idea of a benign creator, literally conceived. It tells us that there is no Intelligence controlling the cosmos, and that life itself is the result of a blind process of natural selection, in which innumerable species failed to survive. The fossil record reveals a natural history of pain, death, and racial extinction, so if there was a divine plan, it was cruel, callously prodigal, and wasteful. Human beings were not the pinnacle of a purposeful creation; like everything else, they evolved by trial and error and God had no direct hand in their making. No wonder so many fundamentalist Christians find their faith shaken to the core.

But Darwin may have done religion—and God—a favor by revealing a flaw in modern Western faith. Despite our scientific and technological brilliance, our understanding of God is often remarkably undeveloped—even primitive. In the past, many of the most influential Jewish, Christian, and Muslim thinkers understood that what we call “God” is merely a symbol that points beyond itself to an indescribable transcendence, whose existence cannot be proved but is only intuited by means of spiritual exercises and a compassionate lifestyle that enable us to cultivate new capacities of mind and heart.

But by the end of the 17th century, instead of looking through the symbol to “the God beyond God,” Christians were transforming it into hard fact. Sir Isaac Newton had claimed that his cosmic system proved beyond doubt the existence of an intelligent, omniscient, and omnipotent creator, who was obviously “very well skilled in Mechanicks and Geometry.” Enthralled by the prospect of such cast-iron certainty, churchmen started to develop a scientifically-based theology that eventually made Newton’s Mechanick and later, William Paley’s Intelligent Designer, essential to Western Christianity.

But the Great Mechanick was little more than an idol, the kind of human projection that theology, at its best, was supposed to avoid. God had been essential to Newtonian physics but it was not long before other scientists were able to dispense with the God-hypothesis and, finally, Darwin showed that there could be no proof for God’s existence. This would not have been a disaster had not Christians become so dependent upon their scientific religion that they had lost the older habits of thought and were left without other resource.

Symbolism was essential to premodern religion, because it was only possible to speak about the ultimate reality—God, Tao, Brahman, or Nirvana—analogically, since it lay beyond the reach of words. Jews and Christians both developed audaciously innovative and figurative methods of reading the Bible, and every statement of the Quran is called an ayah (“parable”). St Augustine (354-430), a major authority for both Catholics and Protestants, insisted that if a biblical text contradicted reputable science, it must be interpreted allegorically. This remained standard practice in the West until the 17th century, when in an effort to emulate the exact scientific method, Christians began to read scripture with a literalness that is without parallel in religious history.

Most cultures believed that there were two recognized ways of arriving at truth. The Greeks called them mythos and logos. Both were essential and neither was superior to the other; they were not in conflict but complementary, each with its own sphere of competence. Logos (“reason”) was the pragmatic mode of thought that enabled us to function effectively in the world and had, therefore, to correspond accurately to external reality. But it could not assuage human grief or find ultimate meaning in life’s struggle. For that people turned to mythos, stories that made no pretensions to historical accuracy but should rather be seen as an early form of psychology; if translated into ritual or ethical action, a good myth showed you how to cope with mortality, discover an inner source of strength, and endure pain and sorrow with serenity.

In the ancient world, a cosmology was not regarded as factual but was primarily therapeutic; it was recited when people needed an infusion of that mysterious power that had—somehow—brought something out of primal nothingness: at a sickbed, a coronation, or during a political crisis. Some cosmologies taught people how to unlock their own creativity, others made them aware of the struggle required to maintain social and political order. The Genesis creation hymn, written during the Israelites’ exile in Babylonia in the 6th century BC, was a gentle polemic against Babylonian religion. Its vision of an ordered universe where everything had its place was probably consoling to a displaced people, though—as we can see in the Bible—some of the exiles preferred a more aggressive cosmology.

There can never be a definitive version of a myth, because it refers to the more imponderable aspects of life. To remain effective, it must respond to contemporary circumstance. In the 16th century, when Jews were being expelled from one region of Europe after another, the mystic Isaac Luria constructed an entirely new creation myth that bore no resemblance to the Genesis story. But instead of being reviled for contradicting the Bible, it inspired a mass-movement among Jews, because it was such a telling description of the arbitrary world they now lived in; backed up with special rituals, it also helped them face up to their pain and discover a source of strength.

Religion was not supposed to provide explanations that lay within the competence of reason but to help us live creatively with realities for which there are no easy solutions and find an interior haven of peace; today, however, many have opted for unsustainable certainty instead. But can we respond religiously to evolutionary theory? Can we use it to recover a more authentic notion of God?

Darwin made it clear once again that—as Maimonides, Avicenna, Aquinas, and Eckhart had already pointed out—we cannot regard God simply as a divine personality, who single-handedly created the world. This could direct our attention away from the idols of certainty and back to the “God beyond God.” The best theology is a spiritual exercise, akin to poetry. Religion is not an exact science but a kind of art form that, like music or painting, introduces us to a mode of knowledge that is different from the purely rational and which cannot easily be put into words. At its best, it holds us in an attitude of wonder, which is, perhaps, not unlike the awe that Mr. Dawkins experiences—and has helped me to appreciate —when he contemplates the marvels of natural selection.

But what of the pain and waste that Darwin unveiled? All the major traditions insist that the faithful meditate on the ubiquitous suffering that is an inescapable part of life; because, if we do not acknowledge this uncomfortable fact, the compassion that lies at the heart of faith is impossible. The almost unbearable spectacle of the myriad species passing painfully into oblivion is not unlike some classic Buddhist meditations on the First Noble Truth (“Existence is suffering”), the indispensable prerequisite for the transcendent enlightenment that some call Nirvana—and others call God.

This article originally appeared in the Wall Street Journal, followed by a rebuttal by Richard Dawkins.

11 Responses to Mythos, Logos, and the God Beyond God