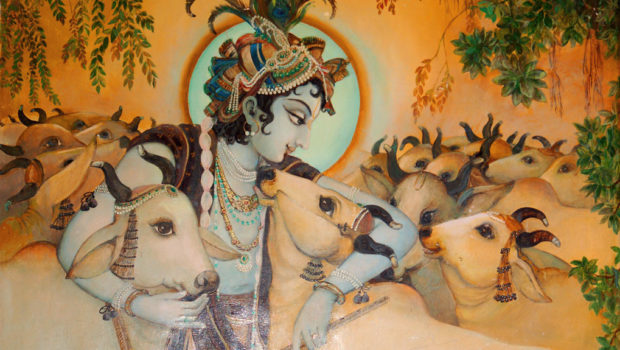 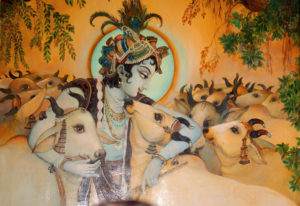 We all have experience of the waking and dreaming dimensions of consciousness. In these realms, the soul experiences the physical and psychic reality, yet its asleep to itself. In deep dreamless sleep, when the physical and psychic dimensions close down, we continue to experience. Upon awakening, we remember that we slept well. One can only remember that which one has experience of. We may remember things we never experienced, such as a golden mountain, but not without having experienced both gold and a mountain. Remembering the peaceful experience in dreamless sleep amounts to a vague yet definite experience of the soul, an existence independent of thought and objects of thought.

Thought has a ground from which it springs. Thought and its object are experienced as distinct from one another, yet one has no meaning without the other. From this we can conjecture as to the existence of a realm from which they both arise and in which they cease to be distinct (nonduality). Thought itself is outside of the self, as is (and even more so) the objective world. Where thought meets object and the subsequent judgment causes us to “know,” we may know everything but our own selves and our source. As we see from the example of our witnessing the existence of ourselves in deep sleep, consciousness itself, uninhibited by body and mind, is the ground from which thoughts, and subsequently objects, spring up producing the world of duality. In deep sleep we go beyond the psychic and physical dimensions of consciousness, and it is peaceful, but we cannot stay in this reality, nor can we appreciate this reality in full awareness. Nonetheless it leads us to know of the dimension of pure consciousness. It is more than a moral postulate as was conjectured by Kant. This dimension of pure consciousness is an ontological reality for the Vedantin: the ground of being. It is a dimension we can reach after thorough exercise of the mind leads us to realize both the mental and physical world’s futility.

Going beyond the body, we realize the power of mind, and going beyond the power of thought, we realize the self. Reaching the limits of reasoning, we are pointed in the direction of ourselves. We can only reach that self by not only ceasing to exercise the body in terms of its demands, but ceasing to think as well. What the Vedantin suggests is not irrational, rather it picks up where reasoning leaves off. It is beckoning us to experience the realm of the soul proper, rather than merely to think about it.

Yet how shall we, and why sould we, attempt to go beyond the third dimension, having found the self? What in our experience in the waking dimension of consciousness would lead us to believe that there exists a dimension of consciousness that is beyond ourselves? We all exist and in a sense we exist unto ourselves, as units of nondual consciousness. In this we are one, yet we cannot deny that we are not entirely the same either, for although we are one in that we are consciousness and possess will, we do not all will the same thing. If there is anything we do all seek, however, it is communion with one another, and that not at the cost of ourselves.

This communion involves acknowledging each other’s common need. Furthermore, it involves understanding that this need will be realized only by acknowledging something greater than ourselves. We come together around a common cause that transcends our selfish needs. Living together requires that we give ourselves, and this giving of the self reaches its zenith in love. Mysteriously, we find that in giving up ourselves, we ourselves are nourished. This experience of the waking state should lead us to conclude that there is a dimension of experience, of consciousness, in which upon giving up ourselves, we get something geater. That greater experience is the unifying factor of existence. If this is so, we must look for it in the land of the self, beyond objects and thoughts. From the third dimension of consciousness we must go to the fourth; after finding ourselves we must enter the domain of self-forgetfulness.

The fourth dimension is the ground of our existence. For the Vedantin it is perceived variously, either as undifferentiated consciousness or a relationship with the divine. Regarding the latter, Sri Caitanya’s Gaudiya Vedantins conclude that love is greater than ourselves, and it is the greatest aspect of God, one that he himself is motivated by. For them, the nondual consciousness of Vedanta philosophy is realized when we know that we do not belong to ourselves, what to speak of anything belonging to us. If there is any time at which we can accurately say that something belongs to us, it is when, having given ouselves in love to God, we can say that “he is ours.”

If God realization is the fourth dimension of consciousness, the Gaudiya Vedantin’s idea of love of God—in which God becomes ours—is revolutionary. The Gaudiya Vedantins want to take us beyond even this fourth dimension. If we resign our souls to becoming God’s own, he takes the role of our maintainer. However, if he is ours, he is then subordinated to our love such that his Godhood is suppressed by that love. This is the Krishna conception of Godhead, one in which God appears not as God, nor finite souls as finite souls. Both interrelate intimately as lover and beloved, Krishna and his gopis, beyond any sense of each other’s ontological reality, yet beyond the material illusion as well. This dimension of love of Godhead is thus justifiably termed by the Gaudiya Vaishnavas as the fifth dimension, turya-titah, the dimension of the soul’s Soul.

One Response to The Soul’s Soul