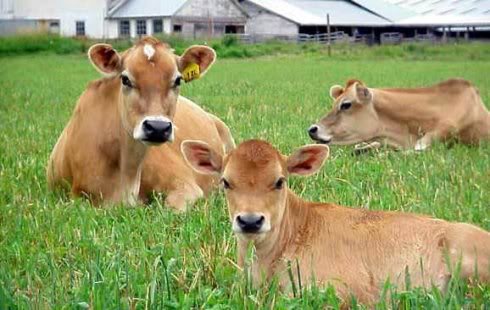 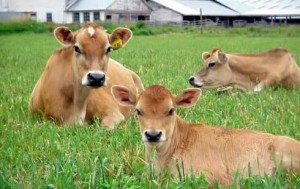 By Nick Hill and Dennis Hancock

In 1993, Al and Desiree Wehner came to Georgia to farm in an environmentally and economically sustainable way by using pastures as the primary source of food for their herd. Their vision became Georgia’s first modern total grazing dairy, Green Hill Dairy in Quitman, Ga.

They expanded to three farms with 1,500 cows, a hand-crafted cheese plant in Thomasville, Ga., and a soon-to-open yogurt plant in Pavo, Ga. Their vision has become a new model for dairy farmers in Georgia and around the world. Since early 2007, grazing-only dairies added 6,000 cows to Georgia’s herd. Another 8,000 cows will be added by the end of 2010.

Raising dairy cows on pastureland seems as natural as growing tomatoes in the backyard. Yet, most dairy cows in the U.S are raised in enclosed, confined systems. Feed is grown, harvested and mixed with grain and other additives. While energy and other input prices were low for farmers, this system provided inexpensive, safe dairy products.

That advantage led a New Zealand investment group to open a 500-cow dairy in Wrens, Ga., in 2007. The farm was a pilot to see if their method of dairy production would work here. Because of the farm’s success, they expanded operations and added a 700-cow dairy in Jefferson County and a 1,000-cow dairy in Bartow County.

In 2008, a second New Zealand investment group converted a row-crop farm in Girard, Ga., into a 700-cow dairy. This spring, they converted a second farm into a 1,000-cow dairy. They have purchased additional land to expand operations in 2011 and 2012.

During the first quarter of 2009, milk prices in Georgia averaged $12.23 per 100 pounds of milk. Prices slipped to $11.45 early in the summer. Consequently, conventional dairy producers lost significant money on each shipment in the hope that they could keep their cows in milk long enough for prices to rebound.

Pasture-based dairies saw first-quarter profits between $2.70 and $3.25 per 100 pounds of milk. Most maintained this profitability during the summer. Remaining profitable during severe market downturns makes grazing an appealing option for Georgia dairies. When milk prices rebound, pasture-based dairies stand to earn even more compared to conventional dairies.

All Southeastern states, including Georgia, are milk deficient, meaning the fluid milk produced by local dairies doesn’t meet local consumer demand. Georgia is strategically located to be a production and distribution hub for other milk-deficient states if the industry continues to develop.

Becoming a milk exporter rather than a milk importer reverses the flow of consumer dollars and builds the Georgia economy. University of Georgia research shows that each 1,000-cow dairy farm opened in Georgia generates $2 million in local- and state-tax revenue from farm development. Once farms become operational, sales generate $700,000 in local and state revenue. Georgia grazing dairies should generate $11.2 million in annual tax revenue, helping to improve rural economies.

This article originally appeared on Cattlenetwork.com