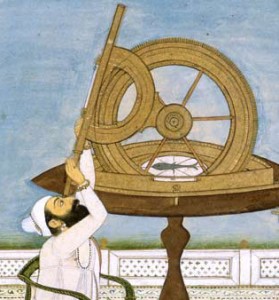 Although the study of nature, or natural philosophy, fell within the domain of philosophy, the leading Greek philosophers—most notably the inimitable sequence of Socrates, his student Plato, and his student Aristotle—elevated divine wisdom above human wisdom. Socrates denigrated human wisdom as having “little or no value” compared with divine wisdom. Plato followed his mentor in privileging ethical knowledge over knowledge of the natural world. Aristotle placed metaphysics at the top of the hierarchy of knowledge but, more than his teacher, valued the wisdom gained from natural philosophy.

Until the twelfth century the most influential Greek philosopher in Christian circles had been Plato; Aristotle quickly replaced him, especially in the new universities, boosting the study of the natural world. Aristotle’s theologically suspect teachings (for example, about the eternity of the world) received a proper Christian baptism at the hands of the thirteenth-century Italian priest Thomas Aquinas, long associated with the University of Paris. Aquinas distinguished between “mundane wisdom called philosophy” and “divine wisdom or theology,” not surprisingly assigning higher value to the latter.

Meanwhile, in the expanding world of Islam the followers of the Prophet Muhammad were creating a competing culture in the Middle East. Among the cultural ornaments of the city of Baghdad, the largest city in the world by the tenth century, was a House of Wisdom (Bayt al-Hikma), a center of learning that blossomed over the centuries into a major center of scientific activity. A similar institution, variously known as the House of Wisdom and the House of Knowledge, sprang up in eleventh-century Cairo. Though wary of infidels, Muhammad had urged his followers to “accept wisdom (hikmah) even if it is found in the languages of the Polytheists.” Thus they scoured the world for the wisdom of other cultures, and Islamic scholars conducted original research in subjects ranging from mathematics to medicine.

Medieval Jews expressed equal enthusiasm for the acquisition of wisdom. Indeed, some Jewish scholars traced the origins of ancient wisdom (prisca sapientia) back to the biblical patriarchs and accused the Greeks of stealing their wisdom from the Jews. Other Jewish intellectuals feared Greek wisdom, especially the growing influence in the late Middle Ages of “the wisdom of the uncircumcised Aristotle.”

The intellectual ferment of the so-called scientific revolution of the sixteenth and seventeenth centuries prompted a fundamental reappraisal of the relationship between wisdom and knowledge. By the beginning of the seventeenth century, as the historian Stephen Gaukroger has explained, “the rationale for pursuing knowledge and learning,” which the ancient philosophers had associated with wisdom and happiness, was “being replaced by the goals of truth and use.” As the practical benefits of natural philosophy became more and more apparent, its perceived ability to promote wisdom and happiness waned. “It was not that wisdom and happiness were abandoned as worthwhile goals,” notes Gaukroger, “but rather that it was no longer clear how they were to be realized through natural philosophy.” The most influential promoter of this vision of natural philosophy was the British philosopher and erstwhile statesman Francis Bacon, who advocated the pursuit of natural knowledge largely for utilitarian ends, not to acquire wisdom. But he promised that the study of the natural world would “show the omnipotency and wisdom of the maker.”

The birth of “science” as we know it occurred in the early nineteenth century. Before that time students of nature, commonly called philosophers, had cultivated natural philosophy (along with natural history and medicine), and the Latin term scientia had referred to knowledge generally, not to knowledge of nature specifically. During the first half of the nineteenth century, men of science, as they were now styling themselves, gradually claimed “science” for themselves, to specify knowledge of nature. Although an English scholar coined “scientist” in the 1830s, it did not come into common usage until after mid-century, and then in America before Britain.

The single most distinguishing characteristic of this science was its rejection of appeals to the supernatural. Earlier natural philosophers had unselfconsciously engaged in God-talk; by the latter half of the nineteenth century men of science, believers and unbelievers alike, had come to agree that all references to the supernatural lay beyond the boundaries of science. And along with God-talk went wisdom-talk.

As the cultural authority of science and its vaunted “scientific method” grew, references to wisdom in the scientific literature withered and references to divine wisdom virtually disappeared. Although the public often treated scientists as wise men and women—and sometimes credited the marvels of science-based technology to “scientific wisdom”—scientists themselves largely ignored wisdom in their search for knowledge. Early twentieth-century dictionaries followed their lead, defining science as “certified and classified knowledge.” One of H. G. Wells’s characters quipped that “the true scientific method” consisted of “swapping wisdom,” but few contemporary scientists would have linked science and wisdom. Even the lay public came to associate science more with better living and improved national security than with wisdom.

One of the main problems with wisdom was its linguistic squishiness. Most commentators agreed that it was neither knowledge nor intelligence, but there was little consensus beyond that. The ongoing debate over the meaning of intelligence might have warned researchers away from tackling wisdom. But, to paraphrase a bit of conventional wisdom, “Eager scientists rush in where wise men fear to tread.” Thus reports appeared early in 2009 announcing that two researchers at the University of California, San Diego, had launched a scientific study of the “neurobiology of wisdom” in order “to determine if specific brain circuits and pathways might be responsible for wisdom.” In a hyperbolic piece titled “Found: The Brain’s Centre of Wisdom” one British journalist excitedly reported that “scientists have identified the seat of human wisdom by pinpointing parts of the brain that guide us when we face difficult moral dilemmas.” A more critical writer would have informed his readers that leading scientists could not even agree on the meaning of wisdom, much less its location.

Ronald L. Numbers is Hilldale Professor of the History of Science and Medicine at the University of Wisconsin-Madison. He recently served as editor of Galileo Goes to Jail, and Other Myths about Science and Religion (Harvard University Press).

2 Responses to The End of Wisdom