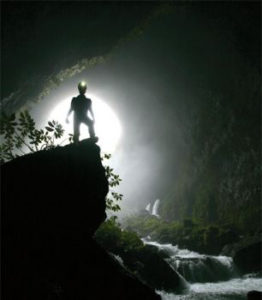 Bhava-bhakti is principally characterized by the ingress of Sri Krishna’s svarupa-sakti into the heart of a sadhaka. While the ingress of svarupa-sakti is slight in the stages of ruci and asakti, when asakti is mature, this ingress is substantial and specific in nature, turning the spiritual attachment of asakti into the spiritual emotion of bhava. This ingress situates the bhava-bhakta beyond the influence of material nature on the ground of pure existence, suddha-sattva. This firm, pure ground of being is also known as sandhini-sakti, one of the three components of Krishna’s svarupa-sakti. One’s spiritual identity emerges from this ground of pure existence and is shaped by the other two components of the svarupa-sakti, the samvit (cognitive) and hladini (ecstasy) saktis. Sri Rupa refers to this influence with the words suddha-sattva-visesatma, which indicate a special liberated status within spiritual existence in which one is fully competent to cultivate spiritual emotion. In this pure condition, arrived at by the grace and power of Krishna’s holy name, his mantra, and the able guidance of Sri Guru, one is qualified to taste the pure name of Krishna, in which his form, qualities, and lilas are all contained.

The marginal characteristic of bhava-bhakti is the effect it has on the devotee’s mind and body, making them one with itself in the way that an iron rod becomes one with fire when placed within it. While in the paths of yoga and jnana one’s mind ceases to function because of being in static trance, when one’s mind becomes one with bhava it retains the ability to experience variety, giving rise to meditation on the dynamic nature of Krishna lila.1 When the practitioner’s body becomes one with bhava, it moves completely under the influence of Krishna’s svarupa-sakti. The sadhaka-deha is a spiritualized material body, and although it may appear to undergo material transformation, it is spiritual in that it is filled with svarupa-sakti. In this regard, Mahaprabhu told Sanatana Goswami that Sri Sanatana’s body was filled with samvit and hladini-sakti—cid-anandamaya.2

Srila Rupa Goswami explains the difference between bhava-bhakti and prema-bhakti with the analogy of the sun and its rays. Prema is the sun of love of God, and bhava is one of its rays, prema-suryamsu-samya-bhak. Bhava-bhakti is distinct from sadhana-bhakti and prema-bhakti, but it contains elements of both.3 It is constituted of prema, but being only a partial manifestation of prema, it must be cultivated through a particular sadhana to bear fruit. The internal sadhana of bhava-bhakti is a spiritual practice (abhidheya-tattva) that is fully informed because it arises out of a mature conceptual orientation (sambandha-tattva), arrived at through the completion of sadhana-bhakti. Thus it is competent to enable one to realize the ideal (prayojana-tattva) of prema-bhakti. This bhava-sadhana involves cultivating the various ingredients of aesthetic rapture by identifying with a particular role model in Krishna lila with a view to taste rasa and experience prema. One does so by meditating on the eternal drama of Krishna lila from the vantage point of one’s inner spiritual identity.4 Initially this participation is vicarious and eventually firsthand.

This internal sadhana is energized by nama-sankirtana. Indeed, nama-sankirtana begets meditation on Krishna lila. In the words of the most merciful Bhaktisiddhanta Sarasvati Thakura, “By the power of kirtana, meditation on one’s svarupa arises.”5Sri Brhad-bhagavatamrta says as much when it tells us that real meditation is “the fruit of nama-sankirtana.”6 Meditation is only superior to nama-sankirtana when one’s meditation is so deep that it turns into internal nama-sankirtana.7 Furthermore, Kaviraja Krsnadasa writes that love of Krishna is eternally existing and manifests itself in the course of hearing and chanting in nama-sankirtana as one’s consciousness becomes purified.15 After all, Krishna nama is nondifferent from Krishna himself, and thus all of his lilas are present within his name. When one is established in saranagati through nama-sankirtana with the help of the conceptual orientation to Krishna lila found within the Krishna mantra, one’s heart is pure and thus a suitable place for the pure name of Krishna to begin to manifest. At that time, Krishna lila springs forth spontaneously from Krishna nama, enabling one to fully identify with the lila in pursuit of rasananda.