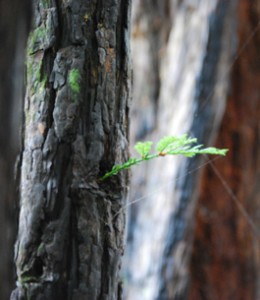 Xie Zhenhua, head of China’s delegation for the climate change summit that recently concluded in Copenhagen, used remarkably positive words in assessing the conference, saying that “everybody should be happy.” But everybody is not happy. Two weeks have been wasted by endless bickering on subjects that could and should have been scrutinized weeks, nay months, before the summit itself started.

China knew all along that checkups on their emissions are not considered objective without foreign import, and all knew a legally binding maximum of emission was exactly what we needed. The Copenhagen summit, so it seems, has passed with the sole result of fulfilling the purpose of keeping our ambitions alive.

A spokeswoman of the European Commission said of the Copenhagen accord, “A deal is better than no deal. What could be agreed today falls far below our expectations. But It keeps our goals and ambitions alive. It addresses the needs of developing countries. It was the only deal available in Copenhagen.”

The worst thing is that the summit started with several goals in mind. One was that global temperature must not rise more than two degrees Celsius. This was a difficult matter, since no side knows the amount of greenhouse gas emissions that would have to be cut to meet this demand. The other goal was finding a replacement for the Kyoto Protocol. This meant that any treaty without legally binding power would by many be seen as a letdown.

Tragically, this is what happened. Copenhagen’s accord has no binding force. That no such binding force has been implemented has far-reaching consequences, since no one can be held accountable for their actions. The future of the planet depends on sheer goodwill from national governments. Any attempt to reduce carbon emissions will for the most part depend on cap-and-trade systems, meaning actual cuts rather than compensatory measurements. Cash is a vital aspect in this system, to make pollution economically less viable.

As was suspected, developed countries will have to subsidize developing ones. In the 2010 to 2012 period this will amount to $30 billion, and it is planned to rise to $100 billion, by a collective commitment of rich countries, by 2020. Rich countries will be subjected to an 80 percent emission cut by 2050. Figures relevant for functioning as shorter-term goals are yet to be decided upon. Also, a 2016 date has been picked as one for reconsideration, if ever the need arises to set the limit of global warming to 1.5 degrees Celsius.

The burden has again been shifted forward a couple of years, as also shown by guidelines for reporting on emissions and progress. National mitigation schemes that run thanks to subsidizing will have to be justified in light of international standards, measurements, reports and verifications (or falsifications). Developed countries face similar rules of monitoring and reporting—every second year by guidelines later to be adopted by the parties to the U.N. framework Convention on Climate Change. But, once again, the key word is “later.”

Of course, the Copenhagen accord is neither fully implemented, finished nor the replacement of Kyoto, yet. Instead, it is a bill waiting for many add-ons so that it might do some good in the end. This might also be due to the fact that the last day, or even hours, turned out to be much more a struggle between this world’s leading forces than one of a consensus-reaching world meeting. The rest of the world watched while the United States, China, Brazil, South Africa and India came up with something.

They have agreed, among each other, that cuts will have to be made. That is a sound step, but again, not one made legally binding, which is certainly necessary. On the other hand, it is better to have this than to have nothing at all. Remember that up until now China and India were not bound by any agreement, and the United Ststes did not ratify the Kyoto protocol. This route has enabled at least a morally binding principle and a framework for more progress in the future.

That framework is what will be looked at now. Next year a new meeting will be held, which is so close to 2012 that it looks even more foolish that we have deprived ourselves of a decent bill on climate change. Sergio Serra, Brazil’s climate change ambassador, said, “It’s very disappointing, I would say, but it is not a failure … if we agree to meet again and deal with the issues that are still pending. We have a big job ahead to avoid climate change through effective emissions reduction targets, and this was not done here.”

The past few weeks have lead to a conclusion that many expected from the outset. Much talk, many promises, and a small sigh of relief that at least something was agreed upon. Those willing to make sacrifices just didn’t hold enough strategic power to create more than an intermediate step. The only sign of how important this summit was is that the head of many states sat together in one room.
__________________________

This article originally appeared on worldpress.org.