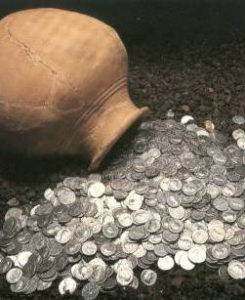 Much of the debate over how to address the economic crisis has focused on a single word: regulation. And it’s easy to understand why. Bad behavior by a variety of businesses landed us in this mess–so it seems rather obvious that the way to avoid future economic meltdowns is to create, and vigorously enforce, new rules proscribing such behavior. But the truth is quite a bit more complicated. The world economy consists of billions of transactions every day. There can never be enough inspectors, accountants, customs officers, and police to ensure that all or even most of these transactions are properly carried out. Moreover, those charged with enforcing regulations are themselves not immune to corruption, and, hence, they too must be supervised and held accountable to others–who also have to be somehow regulated. The upshot is that regulation cannot be the linchpin of attempts to reform our economy. What is needed instead is something far more sweeping: for people to internalize a different sense of how one ought to behave, and act on it because they believe it is right.

That may sound far-fetched. It is commonly believed that people conduct themselves in a moral manner mainly because they fear the punishment that will be meted out if they engage in anti-social behavior. But this position does not stand up to close inspection. Most areas of behavior are extralegal; we frequently do what is expected because we care or love. This is evident in the ways we attend to our children (beyond a very low requirement set by law), treat our spouses, do volunteer work, and participate in public life. What’s more, in many of those areas that are covered by law, the likelihood of being caught is actually quite low, and the penalties are often surprisingly mild. For instance, only about one in 100 tax returns gets audited, and most cheaters are merely asked to pay back what they “missed,” plus some interest. Nevertheless, most Americans pay the taxes due. Alan Lewis’s classic study The Psychology of Taxation concluded that people don’t just pay taxes because they fear the government; they do it because they consider the burden fairly shared and the monies legitimately spent. In short, the normative values of a culture matter. Regulation is needed when culture fails, but it cannot alone serve as the mainstay of good conduct.

The link to the economic crisis should be obvious. A culture in which the urge to consume dominates the psychology of citizens is a culture in which people will do most anything to acquire the means to consume–working slavish hours, behaving rapaciously in their business pursuits, and even bending the rules in order to maximize their earnings. They will also buy homes beyond their means and think nothing of running up credit-card debt. It therefore seems safe to say that consumerism is, as much as anything else, responsible for the current economic mess. But it is not enough to establish that which people ought not to do, to end the obsession with making and consuming evermore than the next person. Consumerism will not just magically disappear from its central place in our culture. It needs to be supplanted by something.

Read the entire article from The New Republic.

2 Responses to Reexamining the Good Life