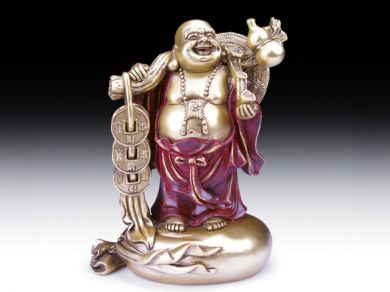 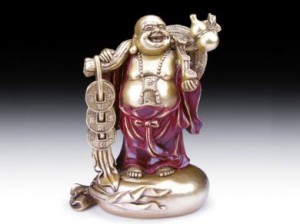 Are Buddhist Economics the solution to our current economic plight?

The ravages of the current global economic crisis are causing many people to rethink whether capitalism and unbridled expansion are the proper recipes for sustainable economic growth.

Here in Thailand, academics and scholars have held numerous “Buddhist economics” seminars to consider whether these set of principles, first developed by British-based economist E F Schumacher more than 50 years ago, are a viable alternative.

In 1955, Schumacher was invited to Burma as an economic consultant, where he began developing his Buddhist economics principles that are today being proclaimed as a possible mitigator of the current global economic crisis.

His essay “Buddhist Economics”, which was first published in 1966, and his book Small Is Beautiful: Economics As If People Mattered, have now been published in 27 languages and are recognised as basic Buddhist economics compendiums that may provide answers to the world’s current economic woes.

One of Schumacher’s main arguments in Small Is Beautiful is that we cannot consider our technological production problems solved if we are required to recklessly erode our finite natural capital and deprive future generations of its benefits.

Modern economists, Schumacher said, consider consumption to be the sole end and purpose of all economic activity, taking the factors of production and labour and capital as the means. They also tend to determine a nation’s standard of living by the amount of annual consumption, and assume that someone who consumes more is better off than someone who consumes less.

Buddhist economics, according to Schumacher, believes that ownership and consumption of goods is a means to an end, and it also is a systematic study of how to attain given ends with the minimum means. The aim should be to obtain the maximum well-being with the minimum of consumption,” he said.

In Thailand, the Venerable P A Payutto also produced a very important and widely-read book, Buddhist Economics: A Middle Way For the Market Place, in 1994. This Thai book (translated into English) offers a Buddhist perspective on the subject of economics.

Payutto doesn’t try to present a comprehensive Buddhist economic theory, but his treatise provides many tools for reflecting upon, and ways to look at, economic questions based on a considered appreciation of the way things are and the way we are.

Another striking difference between modern economics and Buddhist economics, Schumacher said, arises over the use of natural resources. A modern economist, he said, tends to count nothing as an expenditure, other than human effort. “He does not seem to mind how much mineral matter he wastes and, far worse, how much living matter he destroys. He does not seem to realise at all that human life is a dependent part of an ecosystem of many different forms of life.”

Read the entire article from buddhistchannel.tv.

2 Responses to The Reincarnation of Buddhist Economics