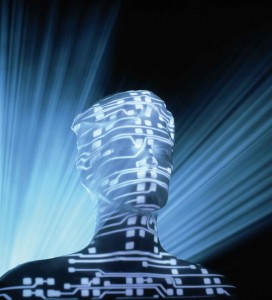 A recent article from NewScientist.com:

Most neuroscientists, philosophers of the mind, and science journalists feel the time is near when we will be able to explain the mystery of human consciousness in terms of the activity of the brain. There is, however, a vocal minority of neurosceptics who contest this orthodoxy. Among them are those who focus on claims neuroscience makes about the preciseness of correlations between indirectly observed neural activity and different mental functions, states or experiences.

This was well captured in a 2009 article in Perspectives on Psychological Science by Harold Pashler from the University of California, San Diego, and colleagues, that argued: “…these correlations are higher than should be expected given the (evidently limited) reliability of both fMRI and personality measures. The high correlations are all the more puzzling because method sections rarely contain much detail about how the correlations were obtained.”

Believers will counter that this is irrelevant: as our means of capturing and analysing neural activity become more powerful, so we will be able to make more precise correlations between the quantity, pattern and location of neural activity and aspects of consciousness.

This may well happen, but my argument is not about technical, probably temporary, limitations. It is about the deep philosophical confusion embedded in the assumption that if you can correlate neural activity with consciousness, then you have demonstrated they are one and the same thing, and that a physical science such as neurophysiology is able to show what consciousness truly is.

Many neurosceptics have argued that neural activity is nothing like experience, and that the least one might expect if A and B are the same is that they be indistinguishable from each other. Countering that objection by claiming that, say, activity in the occipital cortex and the sensation of light are two aspects of the same thing does not hold up because the existence of “aspects” depends on the prior existence of consciousness and cannot be used to explain the relationship between neural activity and consciousness.

This disposes of the famous claim by John Searle, Slusser Professor of Philosophy at the University of California, Berkeley: that neural activity and conscious experience stand in the same relationship as molecules of H2O to water, with its properties of wetness, coldness, shininess and so on. The analogy fails as the level at which water can be seen as molecules, on the one hand, and as wet, shiny, cold stuff on the other, are intended to correspond to different “levels” at which we are conscious of it. But the existence of levels of experience or of description presupposes consciousness. Water does not intrinsically have these levels.

We cannot therefore conclude that when we see what seem to be neural correlates of consciousness that we are seeing consciousness itself. While neural activity of a certain kind is a necessary condition for every manifestation of consciousness, from the lightest sensation to the most exquisitely constructed sense of self, it is neither a sufficient condition of it, nor, still less, is it identical with it. If it were identical, then we would be left with the insuperable problem of explaining how intracranial nerve impulses, which are material events, could “reach out” to extracranial objects in order to be “of” or “about” them. Straightforward physical causation explains how light from an object brings about events in the occipital cortex. No such explanation is available as to how those neural events are “about” the physical object. Biophysical science explains how the light gets in but not how the gaze looks out.

Many features of ordinary consciousness also resist neurological explanation. Take the unity of consciousness. I can relate things I experience at a given time (the pressure of the seat on my bottom, the sound of traffic, my thoughts) to one another as elements of a single moment. Researchers have attempted to explain this unity, invoking quantum coherence (the cytoskeletal micro-tubules of Stuart Hameroff at the University of Arizona, and Roger Penrose at the University of Oxford), electromagnetic fields (Johnjoe McFadden, University of Surrey), or rhythmic discharges in the brain (the late Francis Crick).

These fail because they assume that an objective unity or uniformity of nerve impulses would be subjectively available, which, of course, it won’t be. Even less would this explain the unification of entities that are, at the same time, experienced as distinct. My sensory field is a many-layered whole that also maintains its multiplicity. There is nothing in the convergence or coherence of neural pathways that gives us this “merging without mushing”, this ability to see things as both whole and separate.

And there is an insuperable problem with a sense of past and future. Take memory. It is typically seen as being “stored” as the effects of experience which leave enduring changes in, for example, the properties of synapses and consequently in circuitry in the nervous system. But when I “remember”, I explicitly reach out of the present to something that is explicitly past. A synapse, being a physical structure, does not have anything other than its present state. It does not, as you and I do, reach temporally upstream from the effects of experience to the experience that brought about the effects. In other words, the sense of the past cannot exist in a physical system. This is consistent with the fact that the physics of time does not allow for tenses: Einstein called the distinction between past, present and future a “stubbornly persistent illusion”.

There are also problems with notions of the self, with the initiation of action, and with free will. Some neurophilosophers deal with these by denying their existence, but an account of consciousness that cannot find a basis for voluntary activity or the sense of self should conclude not that these things are unreal but that neuroscience provides at the very least an incomplete explanation of consciousness.

I believe there is a fundamental, but not obvious, reason why that explanation will always remain incomplete – or unrealisable. This concerns the disjunction between the objects of science and the contents of consciousness. Science begins when we escape our subjective, first-person experiences into objective measurement, and reach towards a vantage point the philosopher Thomas Nagel called “the view from nowhere”. You think the table over there is large, I may think it is small. We measure it and find that it is 0.66 metres square. We now characterise the table in a way that is less beholden to personal experience.

Science begins when we escape our first-person subjective experience

Thus measurement takes us further from experience and the phenomena of subjective consciousness to a realm where things are described in abstract but quantitative terms. To do its work, physical science has to discard “secondary qualities”, such as colour, warmth or cold, taste – in short, the basic contents of consciousness. For the physicist then, light is not in itself bright or colourful, it is a mixture of vibrations in an electromagnetic field of different frequencies. The material world, far from being the noisy, colourful, smelly place we live in, is colourless, silent, full of odourless molecules, atoms, particles, whose nature and behaviour is best described mathematically. In short, physical science is about the marginalisation, or even the disappearance, of phenomenal appearance/qualia, the redness of red wine or the smell of a smelly dog.

Material objects require consciousness in order to “appear”. Then their “appearings” will depend on the viewpoint of the conscious observer. This must not be taken to imply that there are no constraints on the appearance of objects once they are objects of consciousness.

Our failure to explain consciousness in terms of neural activity inside the brain inside the skull is not due to technical limitations which can be overcome. It is due to the self-contradictory nature of the task, of which the failure to explain “aboutness”, the unity and multiplicity of our awareness, the explicit presence of the past, the initiation of actions, the construction of self are just symptoms. We cannot explain “appearings” using an objective approach that has set aside appearings as unreal and which seeks a reality in mass/energy that neither appears in itself nor has the means to make other items appear. The brain, seen as a physical object, no more has a world of things appearing to it than does any other physical object.
__________________________

Ray Tallis trained as a doctor, ultimately becoming professor of geriatric medicine at the University of Manchester, UK, where he oversaw a major neuroscience project. He is a Fellow of the Academy of Medical Sciences and a writer on areas ranging from consciousness to medical ethics.