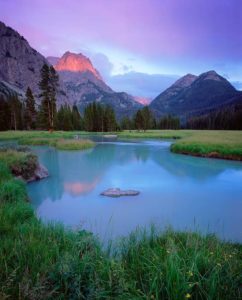 I offer obeisances to Krishna, the form of eternity, knowledge, and bliss, whose every act is wonderful, who is the object of knowledge identified by the Vedanta, and who is the guru, the witness present in the intelligence.

Hail to the goddess as we begin this sacred commentary on Gopala-tapani! May the wise, as well as those without wisdom, heed her call to devotion. Blessed are the devotees! May they take pleasure in this effort despite its faults, and may those devotees senior to me in knowledge and devotion, and the pure-hearted commentators Sri Jiva, Visvanatha Cakravarti, and Sri Prabodhananda Saraswati in particular, be merciful to me. Above all, I offer my pranamas to Sri Guru, Gauranga, Govinda, and Gandharvika.

Just as it is standard in modern times to preface a book with a statement that introduces the text and explains its scope and intention, similarly ancient Hindu texts were customarily prefaced with an introductory statement known as a mangalacarana that accomplishes the same purpose and more. A mangalacarana invokes auspiciousness and, by so doing, creates a sacred atmosphere. When applied to sacred texts, an auspicious invocation technically consists of four elements: the subject of the text (visaya), the relationship between the text and its subject (sambandha), the goal to be attained by its study (prayojana), and the person who is qualified to enter into its mysteries (adhikarin).1 The first verse of Gopala-tapani contains all of these elements in the form of a prayer that offers obeisances to Krishna.

The subject of Gopala-tapani is Krishna. The relationship between the text of Gopala-tapani and its subject is that the text reveals the spiritual practices that directly lead to realization of Krishna as the highest truth. The goal to be attained is love of Krishna, or pure devotion, and the person qualified to study the text is one motivated to cultivate such pure devotion. Let us now examine how these four elements are present within Gopala-tapani’s mangalacarana verse.

It is clear from this introductory verse that Krishna is the subject (visaya) of Gopala-tapani, for he is propitiated at its onset. It is signifi cant that there is no mention of any fruit to be attained from studying the text, for this implies that those qualifi ed to study the text are uninterested in acquiring material gain or attaining liberation as a result of their study. Their aim is devotion for its own sake. Thus the goal (prayojana) of the text is pure devotion. The relationship (sambandha) between the text and its object (that the text reveals Krishna as the highest truth) is implied within the mangala verse. The very name of this Upanisad implies the same, for Gopala-tapani Upanisad suggests “the esoteric doctrine (upanisad) that sheds light (tapani) on Gopala (Krishna).”

Prabodhananda Saraswati says further that the overall import of the first verse is that Krishna alone is worthy of refuge, as is apparent from the verse’s description of his form, nature, and qualities. Prabodhananda Saraswati attributes the speaking of this mangala verse to the goddess of revealed knowledge, Sruti-devi, who salutes the Supreme God as she begins to manifest this sacred text with the homage, “I offer obeisances to Krishna.” Wisdom and its revelation are thus subordinate to and dependent on Krishna, and therefore Sruti-devi prostrates herself before him (namah) with body, mind, and words, clearly demonstrating that the path to enlightenment lies in this act alone.

Stunned by the truth about the Lord, the goddess, well known as a lady of distinction and discrimination, words and wisdom, is left nearly speechless. Nonetheless, she manages to solemnly declare something inconceivable: Krishna is the form of eternity, knowledge, and bliss. He has given shape to these much sought-after ideals—not one, but all three of them—through both example and precept as portrayed and preached in the Bhagavata Purana and Bhagavad-gita, respectively. Moreover, Krishna’s nature defies and thus belittles logic. We are to think about this truth as much as we can, until the mind stops and we arrive at knowing beyond thinking.

This form known as Krishna is not limited by time or space (sat). Krishna is self-luminous (cit), and joy fi nds its fullest expression in him (ananda). His nature being such, he is known by the two syllables krs (eternity and knowledge) and na (bliss). As Krishna himself explains in Bhagavad-gita, he is the form of all-pervasive, self-illumined joy, even as he taxis Arjuna on that great bowman’s chariot during the battle of Kuruksetra. He is the all-pervasive moving from place to place, knowledge serving his deluded disciple, and joy in the midst of Arjuna’s agony. The Bhagavata Purana, which deals exclusively with Krishna and devotion to him, describes him similarly as the controller of his own form of time, he in whom all knowledge is contained, and the supreme bliss.2

Sruti-devi next describes Krishna’s potency (sakti), by which he effortlessly accomplishes everything and through which he frees his devotees from misery. It is said that behind every great man is a great woman. Similarly, behind the parama-purusa is parama-prakrti, Krishna’s primal sakti, Radha. He moves wonderfully under her infl uence. The goddess is no doubt partial to Radha, being one of her expansions, and she introduces Radha as the best of Krishna’s milkmaids in the uttara section of this Upanisad, addressing her by her sruti name, Gandharvi. In this verse Sruti-devi describes Krishna as aklista-karin, “one who acts wonderfully,” the best example of which is his becoming the intimate friend of his devotees. Despite his exalted position, he is subordinated by love. Such is the infl uence of his primary sakti. When she touches one’s soul, the finite conquers the infinite.

His acts are wonderful, being joy in celebration of itself, and thus they are not enacted out of any necessity or motivated by any outside influence. Krishna and Radha are one soul in two bodies. Merely hearing their wonderful activities liberates one from the illusory demands of material life, for they shed light on the possibility of enlightened life beyond the constraints of matter and its masks of repeated birth and death.

Turning her thoughts back to reason, Sruti-devi suggests that if one insists on logical proof in support of Krishna’s supremacy, it is given in the treatise known as Vedanta-sutra. Krishna is the personified object of knowledge that the Vedanta speaks of, as he himself proclaims in Bhagavad-gita (15.15). As for the guru, the guide under whom one studies the scripture, Sruti-devi says that Krishna is the guru who instructs us on the meaning of the Upanisads. This too is clear from his discourse to Arjuna in Gitopanisad. Moreover, it is Krishna who manifests as the inner ability to recognize the external manifestation of guru, for he is the witness present in the intelligence (buddhi-saksine). As the presiding Deity of intelligence, Krishna is also the cause of the ability to understand what is being explained by scripture. Thus he is represented in the guru who appears before us in the form of a saint as well as the indwelling guide who presides over the intellect, mind, and senses, enabling them to act as instruments of perception and understanding, both material and spiritual.

7 Responses to Gopala-tapani Upanisad: Verse One