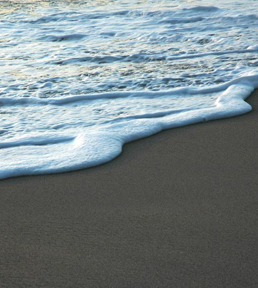 Lesson one in the Harmonist classroom series discussing chapter eight of Swami Tripurari’s Siksastakam of Sri Caitanya. San Rafael: Mandala, 2005. Swami will be responding to comments and questions while guiding readers through the text. Reader participation is encouraged.

In the previous verse of Siksastakam, Mahaprabhu tasted the ocean of Radha’s mahabhava in waves of separation from Krishna. In this verse he tastes the high tide of Radha’s mahabhava in union with Krishna. Love in separation (vipralambha) begets love in union (sambhoga). While separation is central to entering prema, its value is often considered to be the role it plays in enhancing loving union. Without separation, union cannot be fully experienced. As Thakura Bhaktivinoda writes, “The pleasure felt in union cannot be properly appreciated without the experience of suffering in separation. That is the function of vipralambha.”1Thus separation, while granting entry into Krishna’s lila, also remains a permanent aspect of the drama of divine play, serving to enhance the desired union with Krishna. Accordingly, even after embracing Radha, Krishna may disappear and break her heart, only to reappear and embrace her once again.

Although separation and union complement one another, the highest reach of Radha’s mahabhava is experienced in union. Sri Rupa Goswami calls this madanakhya-mahabhava. It is characterized by the ability to simultaneously taste many contradictory spiritual emotions in relation to Krishna. Madanakhya-mahabhava is the exclusive experience of Radha, who as mahabhava-svarupini, the personification of the highest love, experiences every facet of the brilliant blue sapphire-like Krishna.2 Indeed, she tastes love in ways that even he is unfamiliar with. The final verse of Siksastakam illustrates this love. Sri Krsnadasa Kaviraja Mahasaya writes that it was originally spoken by Srimati Radharani.3 As Gaura repeated Radha’s verse, he tasted her mahabhava and elaborated on it as if in conversation with his associates Rama Raya and Svarupa Damodara in their Vraja lila identities as Visakha and Lalita.

Sri Gaurahari’s elucidation on his final verse of Siksastakam consists of thirteen simple tripadi Bengali verses. Both Gaura’s verse and elaboration stress the underlying spirit of mahabhava and only touch on the complexity of mahabhava’s nuanced spiritual emotion. Thus, for the most part, Gaura spoke of the highest ideal in a way that the least qualified could take advantage of it. Let us try to do so.

Mahaprabhu’s Bengali verses begin with the words ami—krsna-pada-dasi, “I am a maidservant at the feet of Krishna.”4 This statement is central to Mahaprabhu’s entire elucidation because it reveals that Mahaprabhu has completed his sadhana of identifying with Radha’s prema: he now completely identifies himself as a maidservant of Krishna. This identification began in the fifth stanza of his Siksastakam, in which Mahaprabhu humbly prayed for divine service. On attaining his ideal, his humility has only increased. Such humility is one of the characteristics of Radha’s prema, for although Radha is the Supreme Goddess, she conceives of herself as a mere maidservant. Although there is nothing greater than her love, it is nonetheless devoid of pride.5

Mahaprabhu’s opening words also highlight the essential nature of Radha’s love and that of love in general. Love is about service, about giving without concern for getting. The mystery of life is that while love involves selfless giving, it makes one whole. Sri Radha is the best example of this in religious history. Her love is selfless to the extreme, yet it makes her so whole, so complete, that God feels incomplete without her.

While sacrifice in any form brings us closer to the Absolute, sacrifice of one’s own self endears us to God more than sacrifice of one’s possessions. Above dutiful self-sacrifice lies complete self-forgetfulness in love. Such love is synonymous with the highest wisdom, on attaining which the absolute truth appears, revealing himself to be a lover. This is Radha’s Krishna, the perfect object of love, knowing whom nothing remains to be known.

When Mahaprabhu said that Krishna is the personification of joy and rasa, he implied that any connection with him, either in divine union or separation, is joyful. However, Mahaprabhu goes on to explain another reason why Radha feels joy even in her separation from Krishna: sabe vanchi tanra sukha, tanra sukha—amara tatparya, “I only desire Krishna’s happiness. His happiness is the aim of my life.”8 Krishna’s happiness is what Radha lives for, thus if it makes Krishna happy to ignore her, she is happy because she lives only for his pleasure. Her attitude pleases Krishna so much that she realizes that he neglects her only to experience newer and newer nuances of her love for him.

If Radha is happy when Krishna is happy, one may ask why Radha sometimes becomes jealous when Krishna meets with another gopi. To answer this question, Gaurahari next explains the inner secret of Radha’s outer display of jealousy (mana): kanta krsne kare rosa, krsna paya santosa, “When a beloved gopi shows symptoms of anger toward Krishna, Krishna is very satisfied.”9 Although Radha sometimes appears jealous, her jealousy brings pleasure to Krishna, who likes to taste her jealous love. She knows that he takes great pleasure in this mana, or apparent displeasure with him, but she also knows when to give in and accept his loving embrace once again. Sri Krsnadasa Kaviraja explains Radha’s jealous love by saying that although her love is pure, it appears crooked.10 He draws on Sri Rupa’s explanation of mana: “love like a snake moves in a crooked way.”11 Sometimes Radha’s mana is for apparent good reason (sahetu) and sometimes it is without cause (nirhetu). If it is without cause, it disappears of its own accord. If her mana is for good reason, Radha’s hero must adopt appropriate means to pacify her, offering consoling words, gifts, and so on, all of which he delights in.