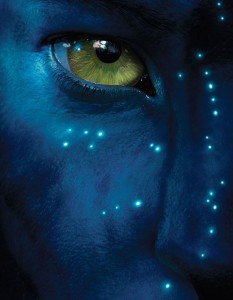 With the dazzling 3D-vortex of colors, actions and emotions, James Cameron’s Avatar seems to have given everyone something to rave about.

But let’s get it straight—Avatar is a downright misnomer for this latest new blockbuster.

No, not because, sadly for Hare Krishna moviegoers, the film’s got nothing to do with Hinduism except its Sanskrit name. And some Hindu activists who habitually frisk all new releases for concealed sacrileges also needn’t worry—there are none in Avatar, or at least not more that in those little digital icons they hide themselves behind on their own e-chats.

It’s because the movie reverses the very concept that the term “avatar” is based on.

Leave aside the fact that Hindu theology reserves the use of avatar, which in Sanskrit literally means descent, almost exclusively for appearances of Vishnu on Earth. The key point here is that an avatar always descends from a higher realm into the lower, restores prosperity, wisdom, and happiness—and moves on unchanged after the mission is accomplished.

However, the “avatar” Jake Sully—and we the viewers along with him—shortly after his descent into the world of Na’vis sees the higher realm of earthlings rapidly grow pallid and repulsive in comparison to the pristine world of supposed savages. The “civilized humans” turn out as primitive, jaded, and increasingly greedy, cynical, and brutal—traits only amplified by their machinery—while the “monkey aliens” emerge as noble, kind, wise, sensitive, and humane.

We, along with the Avatara hero, are now faced with an uncomfortable yet irresistible choice between the two races and the two worldviews. And invariably, along with him we cannot help but lean toward the far more civilized insides within the long-tailed, blue-skinned, and technologically infantile exterior.

So much for a descending avatar. Jake soon admits to himself in his videolog: “I realized that I had it backwards, I wasn’t sure what was the dream and what was real.” Having regained through the avatar body not just his legs, but his dignity, his freedom, and his brethren whose love and trust he struggles to earn, the rescuer becomes the rescued, the benefactor becomes the benefitted. The avatar becomes . . . well . . . a refugee among the aborigines so content inwardly that they wouldn’t trade their tree for whatever the savvy sky people gods have to offer! Contrary to The Matrix’s Neo, Jake plugs into a supposedly illusory world to discover it to be much more tangible, wholesome and true than his own—and wants to stay in.

This makes us ask the question: Why? And what on Earth (or on Pandora) do “culture”, “civilization”, and “human” stand for?

Not succumbing to the stock trifle of sci-fi genre, James Cameron makes this question the fourth dimension of his movie—and answers it most convincingly: it’s the qualities of kindness, gratitude, regard for the elderly, self-sacrifice, respect for all life, and ultimately humble dependence on a higher intelligence behind nature that qualify one as cultured, civilized, and human.

The other alternative is summed up by Jake Sully: “This is how it’s done. When people are sitting on something that you want, you make them your enemy so that you can drive them out.” And “they have already killed their mother.” Here you have it, the savage—give or take his spaceship, touch-screen, and a rifle.

And getting back to the Hindu theology, Bhagavad-gita (16.1-4) echoes this distinction: “Fearlessness; cultivation of wisdom; charity; self-control; austerity; simplicity; refrain from unnecessary violence; truthfulness; freedom from hatred; renunciation; tranquility; aversion to fault-finding; compassion for all living entities; freedom from covetousness; gentleness; modesty; steady determination; vigour; forgiveness; fortitude; cleanliness; and freedom from envy and from the passion for honor—these are qualities befitting real civilized humans.

In order to descend—that is, to be an avatar—one first ought to be above. Unfortunately for our civilization, epitomized by the human conquistadors on Pandora, from the place where we are happily getting ourselves into, we can only climb.
_________________________

This article originally appeared in the Sydney Morning Herald.

11 Responses to Avatar’s Reversal of Fortune