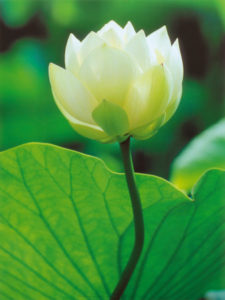 Rupa Goswami begins his delineation on the angas(limbs) of sadhana-bhakti thus:

One must take shelter of sri guru, receive diksa and siksa from him.

So first we shall sit with the guru, hear from and observe him while he simultaneously observes us. Then diksa follows and is further supported by siksa. While the diksa and siksa gurus are one in purpose, the sastra tells us their function is different. The diksa guru imparts the mantra, within which is contained our relationship with Krishna in seed form. The siksa guru or gurus water that seed with relevant instructions.

The diksa guru is a manifestation of Madana-mohana vigraha in the sense that he gives sambandha-jnana in the form of diksa, over which the deity of Sri Madana- mohana presides. The sambandha-jnana is one. It involves the conceptual orientation to the Gaudiya Vaishnava metaphysical worldview and includes the imparting of the diksa mantra. Part of that worldview is knowledge of one’s relationship with Krishna. Again, this is present in the mantra. Thus imparting the mantra is likened to the planting of a seed. The seed is singular, and there is no need to plant it twice.

Still, the seed needs to be cultivated and thus there is the need for siksa. The siksa guru is a manifestation of Govindadeva, the presiding deity of abhidheya-jnana, or the knowledge pertaining to the cultivation of the seed. While sambandha-jnana involves a conceptual orientation, abhidheya-jnana involves that which naturally follows from that orientation: the subsequent activity, which in this case is bhakti.

In one sense the classic examples of these two manifestations of guru in our tradition are Sri Sanatana and Rupa Goswamis. Sanatana Goswami has written Brhat-bhagavatamrta, a conceptual orientation to the world of Gaudiya Vaishnavism. It is a survey of the interior landscape that orients us to the world of spiritual possibility in consideration of our present position. Rupa Goswami, on the other hand, has written Bhakti-rasamrta-sindhu, which delineates the nature of bhakti, or that activity that naturally follows from the sambandha-jnana.

The sambandha is static, whereas the abhideya is dynamic. For example, what the world is, what the jiva is, what God is, and how they are related does not change. This is sambandha-jnana. How to cultivate bhakti, while one in principle, varies with regard to details.

Of course, one could legitimately ask, “Is not the imparting of instructions on sambandha-jnana also a form of siksa?” The answer is obviously “yes,” which, while extending the meaning of siksa to include such instructions, restricts the meaning of diksa to the actual imparting of the mantra—no small thing. Srila Sridhara Deva Goswami describes the imparting of the mantra thus: “Just as in a homeopathic globule the outer figure cannot show what medicine is there, so it is with sound—the name Krishna. The one who delivers this, his will is there within. So Krishna, from the mouth of a sadhu, and the Krishna from the mouth of an ordinary person are not one and the same. What the idea behind this sound is, from where it comes, its origin, is it in Vaikuntha, in Goloka, in what rasa, and so on? Gradually the sound will take you there, to that place. The sound, Vaikuntha nama grhanam, the name, must come from the infinite world not any mundane origin.”