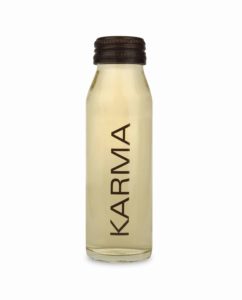 Will kind people be rewarded for their good deeds? Will the wicked be punished? Yes, according to a new interpretation of recent experiments. Although our science is too primitive for us to fully comprehend, there is a direct and proportional price to pay for any act of cruelty or injustice.

Science suggests that there are consequences to our actions that transcend our ordinary, classical way of thinking. Emerson, it turns out, was right: “Every crime is punished, every virtue rewarded, every wrong redressed, in silence and certainty.”

I remember fishing on a warm summer night. Now and then I could feel the vibrations along the line linking me with the life prowling about the bottom. At length I pulled some bass, squeaking and gasping into the air. It was a puzzle to feel a tug, and to be conscious in that precise moment of a part of me, which, as it were, was not a part of me, but scale and fin, circling the hook, slow to strike.

Surely this is what Spinoza, the great philosopher, meant when he contended that consciousness cannot exist simply in space and time, and at the same time is aware of the interrelations of all parts of space and time. In order to have knowledge of a pout or a pickerel, I must have somehow been identical with them.

But how can this be? In experiments, it has been repeatedly shown that a single particle can be at two places at the same time. See the loon in the pond or the dandelion in the field. How deceptive is the space that separates them and makes them solitary. They are the subjects of the same reality that interested John Bell, who proposed the experiment that answered the question of whether what happens locally is affected by nonlocal events.

Experiments from 1997 to 2007 have shown that this is indeed the case. Physicist Nicolas Gisin sent entangled particles zooming along optical fibers until they were seven miles apart. But whatever action they took, the communication between them happened instantaneously. Today no one doubts the connectedness between bits of light or matter, or even entire clusters of atoms. They’re intimately linked in a manner suggesting there’s no space between them, and no time influencing their behavior. In fact, just last year, Gisin announced a new twist on his experiment; in this case, he thinks the results will be visible to the naked eye.

In the same way, there is a part of us that is connected to the fish in the pond. It is the part that experiences consciousness, not in our external embodiments but in our inner being. And although we identify ourselves with our thoughts and affections, it is an essential feature of reality that we experience the world piece by piece.

Everything you experience is a whirl of information occurring in your head; according to Biocentrism, space and time are simply the mind’s tools for putting it all together. However solid and real the walls of space and time have come to look, there is a part of us that is no more human than it is animal − even the fish, sporting there in the pond, a part of us unwittingly tempted by a bunch of worms strung on a thread.

As parts of such a whole there is justice. The bird and the prey are one. This was the world that confronted me that warm summer night. From the shore I could see the shiners dimpling the water with their tails in the moonlight. A bug furrowed the water, making a conspicuous ripple, which the fishes darted at. Only two diverging lines stood between them and natural justice.

“Non-separability,” said physicist Bernard d’Espagnat, “is now one of the most certain general concepts in physics.”

We suppose ourselves to be a pond; and if there is any consequence to our actions, if there is any justice, it must approach upon these shores. Yet that night, I sensed the union that the one man and creature has with the other. The fish and I, the criminal and the victim, are one and the same.

Justice is built into the fabric of nature. Make no mistake about it: it will be you who looks out the eyes of the victim. Or you can be the recipient of kindness — whichever you choose.

One Response to Experiments in Karma