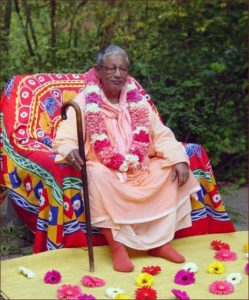 At about 4:30am today, 27 March 2010, Srila Bhakti Sundar Govinda Dev-Goswami Maharaj passed away from our vision by his own sweet will and surrounded by sannyasis and servitors chanting softly. His holy form was presently taken with a convoy of vehicles from our Dum Dum Park Temple, Kolkata, to Navadvipa, where this afternoon he will be given samadhi close to the Samadhi Mandir of his beloved Srila Guru Maharaj, Srila Bhakti Raksak Sridhar Dev-Goswami Maharaj.

2 p.m. update from Nabadwip: Srila Gurudev’s holy body was brought before the deities here at Sri Chaitanya Saraswat Math. Accompanied by continuous kirtana, devotees garlanded His Divine Grace and offered flowers and prayers. Bathing took place just
now on the plinth of the ‘Temple of Union in Separation’ where chanting continues. 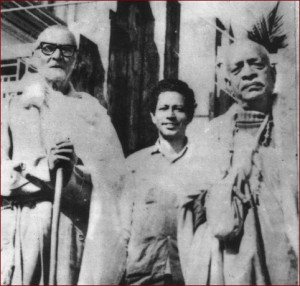 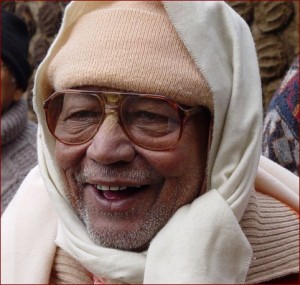