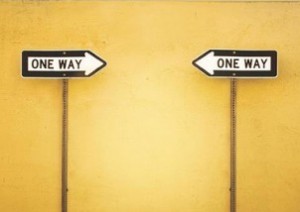 An interview with Stephen Prothero

What inspired you to write God is Not One? What sparked your interest?

In some ways it’s a follow-up to Religious Literacy, which argued that while the United States is one of the most religious nations on Earth we know almost nothing about our own religions and even less about the religions of others. Here I wanted to provide some basic literacy about the world’s religions, and do a little ranting along the way.

I think the rant goes back to my college and graduate school days, when I repeatedly heard from professors that all religions were different paths up the same mountain. That sentiment never made any sense to me. I had Jewish and Muslim and Christian and atheist friends, and none of us was under the illusion that we agreed with each other. Still, we seemed to get along just fine despite (and perhaps even because of) our differences.

What’s the most important take-home message for readers?

The main argument is that the world’s religions are climbing different mountains with very different tools and techniques. One perspective that new atheists and liberal multiculturalists share is that the religions are essentially the same (false and poisonous on the one hand, and true and beautiful on the other). I think this view is dangerous, disrespectful, and untrue.

Christians do not go on the hajj to Mecca, and Muslims do not affirm the doctrine of the Trinity. Moreover, going on the hajj is not peripheral to Muslims—in fact it is one of Islam’s Five Pillars. And the belief that Jesus is the Son of God is not inessential to Christians—in fact it stands at the heart of the Christian gospel.

The notion that all religions are in essence one seduces us into thinking that we can send 160,000 troops into Iraq without reckoning with the fundamental differences between Christianity and Islam or, for that matter, between Sunnis and Shias. It prevents us from seeing the role that religions plan in many of the world’s hotspots: from Israel and the Palestinian territories to Nigeria and Kashmir. Equally importantly, it prevents us from seeing and appreciating the unique beauty of each of these religions. If I am a Christian and all religions are essentially the same, what do I have to learn from reading the Daodejing or from attending a Hindu wedding?

The bottom line? Tolerance is an empty virtue if you don’t even understand what you are tolerating. In God is Not One, I try to present as best as I can my own understanding of the world’s most influential religions.

Anything you had to leave out?

I am the adviser for the Sikh Association at Boston University, so I regretted not dedicating a chapter to Sikhism. I regretted it even more after I heard that the Republican gubernatorial hopeful Nikki Haley (who was raised a Sikh) was denounced recently as a “raghead.” There are likely 25 million or so Sikhs in the world, and from the start they have been engaged in a fascinating conversation with both Hinduism and Islam. But I had to draw the line somewhere, and I drew it on this side of the Sikh tradition.

What are some of the biggest misconceptions about your topic?

That religious differences necessarily lead to conflict. Samuel Huntington has been widely criticized in liberal circles for his thesis that the Christian and Muslim worlds are fated for a “clash of civilizations.” Yet many liberals join Huntington in assuming that if there are fundamental differences between the world’s religions they are fated to clash. That’s why they elide those differences, in many cases, to the point of erasing them. I think that’s a mistake. We do not assume in our relationships that our partners or spouses are essentially the same as us. In fact, we say that variety is the spice of life. Here we say differences are enriching. Why can’t we respect and even revel in differences when it comes to religion?

Did you have a specific audience in mind when writing?

I’m writing for general readers rather than academics. Some academics who have read the book have said I’m coming late to the party—that religious studies scholars have been rejecting the so-called perennial philosophy for a generation. That is largely true. But not many religious studies scholars write popular books on religion, so the most widely-read books on the subject still preach pretend pluralism. What good does it do our soldiers in Iraq to tell them that Sunni and Shia Islam are essentially the same? Or our diplomats in the Middle East to tell them that the differences between Judaism, Christianity, and Islam are inconsequential. So I’m for those soldiers and those diplomats—curious readers who know you can’t understand the world without understanding the powerful role the world’s religions play in it.

Are you hoping to just inform readers? Give them pleasure? Piss them off?

All of the above. I have certainly done my share of pissing people off, and I do think some of the writing in the book will bring readers pleasure, but the main goal is to inform. The world’s religions are in my view not so much repositories of unchanging dogmas as they are repositories of unanswered questions. “How do we get rid of suffering?” ask the Buddhists? “How do we stop being reborn?” ask the Hindus. “What must I do to be saved?” ask the Christians. So I want to inform readers about the questions these great religions have asked, and about how practitioners have wrestled with various answers.

41 Responses to God is Not One