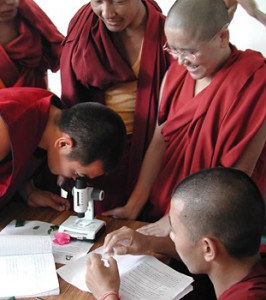 Religion comes into conflict with science when it is defined by unprovable claims that can be dismissed as superstitions, and when it treats as historical facts stories that read like legends and myths to non-believers. Other aspects of religion — what I would consider the deeper and more significant elements — are not only compatible with science but enrich its findings. The best evidence of this is science’s response to the religions of the East over the course of the last 200 years. As the French Nobel laureate Romain Rolland said early in the 20th century, “Religious faith in the case of the Hindus has never been allowed to run counter to scientific laws.” The same can be said for Buddhism, which derives from the same Vedic roots.

Most of the Hindu gurus, Yoga masters, Buddhist monks and other Asian teachers who came to the West framed their traditions in a science-friendly way. Emphasizing the experiential dimension of spirituality, with its demonstrable influence on individual lives, they presented their teachings as a science of consciousness with a theoretical component and a set of practical applications for applying and testing those theories. Most of the teachers were educated in both their own traditions and the Western canon; they respected science, had actively studied it, and dialogued with Western scientists, many of whom were inspired to study Eastern concepts for both personal and professional reasons.

As early as the 1890s, Swami Vivekananda spent time with scientific luminaries such as Lord Kelvin, Hermann von Helmholtz, and Nikola Tesla. “Mr. Tesla thinks he can demonstrate mathematically that force and matter are reducible to potential energy,” the swami wrote in a letter to a friend. “I am working a good deal now upon the cosmology and eschatology of Vedanta. I clearly see their perfect unison with modern science.” Had Vivekananda lived three years longer, he would have rejoiced in Einstein’s discovery of E = mc2, which united matter and energy forever.

In the early decades of the 20th century, the great sage and Indian independence leader Sri Aurobindo, who had studied in England, blended East and West by extending Darwinian concepts to the evolution of consciousness and the cosmos. In 1920, Paramahansa Yogananda set a precedent by calling his first lecture in the West “The Science of Religion.” He befriended a number of scientists, growing so close to the great botanist Luther Burbank that he dedicated his Autobiography of a Yogi to him. Later, Swami Satchidananda, whose own teacher, Swami Sivananda, had been a successful physician before becoming a monk, encouraged the scientific study of Yoga; one of his early students was Dr. Dean Ornish, whose groundbreaking research sprang directly from Satchidananda’s teachings. And Maharishi Mahesh Yogi, even before he became famous as the Beatles’ guru, prodded scientists into studying the physiology of meditation, setting in motion an enterprise that has now produced over a thousand studies.

The interaction of Eastern spirituality and Western science has expanded methods of stress reduction, treatment of chronic disease, psychotherapy and other areas. But that is only part of the story. Hindu and Buddhist descriptions of higher stages of consciousness have expanded psychology’s understanding of human development and inspired the formation of provocative new theories of consciousness itself. Their ancient philosophies have also influenced physicists, among them Erwin Schrödinger, Werner Heisenberg and J. Robert Oppenheimer, who read from the Bhagavad Gita at a memorial service for President Franklin D. Roosevelt. In his landmark TV series Cosmos, Carl Sagan called Hinduism the only religion whose time-scale for the universe matches the billions of years documented by modern science. Sagan filmed that segment in a Hindu temple featuring a statue of the god Shiva as the cosmic dancer, an image that now stands in the plaza of the European Organization for Nuclear Research in Geneva.

The relationship between science and Eastern spiritual traditions — which many prefer to think of as psychologies — is still in its infancy. In recent years, the Dalai Lama has carried the ball forward, hosting conferences and encouraging research. Western religions would do well to emulate this history. Their historical and faith-based claims conflict with empirical science and probably always will; but to the extent that their practices directly impact human life, they can be treated as testable hypotheses.

This article originally appeared on huffingtonpost.com