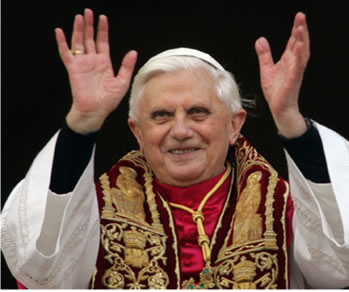 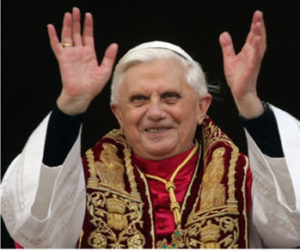 Update: The Vatican has now issued the norms on dealing with priest sex abuse cases and other “more grave crimes” including “attempted sacred ordination of a woman.” They took great pains to distinguish the two, claiming there are two kinds of such crimes—one related to the sacraments and the other to moral issues. A Vatican official said, “The two types are essentially different and their gravity is on different levels.” This does not answer the question why they are both in the same list. — ed.

While Protestant churches like the Presbyterian Church USA have their annual gatherings in the summer, the institutional Roman Catholic Church, with no such meetings to worry about, uses the season to issue documents from on high. According to published reports, the Vatican is soon to release new norms that govern matters of sexual abuse by clergy. (Ho hum—but wait, there’s more.) They are expected to include the ordination of women under the delicta graviora, the same category of grave sin that governs sexual abuse by priests. Cue the music of doom!

It is hard to see past the PR aspect of this to the theological. Mixing the two issues, even under the same legal umbrella, is a profoundly perverse proposition. Either these gentlemen are more ethically tone deaf than one can imagine, or they are sly beyond the dreams of foxes in an effort to redirect attention from the criminal behavior of clergy against children to their wrath over the ordination of women. Neither option is terribly appealing.

The forthcoming norms are assumed to be the codification of the 2001 guidelines which made the Congregation for the Doctrine of the Faith (the powerful Vatican department formerly headed by now Pope Benedict XVI) the central location for handling sex abuse cases. These changes may make it easier for the Congregation in selected cases to forgo lengthy and costly ecclesial trials and simply laicize certain offending priests. But the Congregation’s track record under then-Cardinal Joseph Ratzinger, who moved slowly if at all on many egregious cases, does not inspire confidence.

The new norms are not expected to be as clear and definitive as those adopted by the US Conference of Catholic Bishops in 2002, when they were faced with paying more than $1 billion in compensation to victims and for lawyers’ fees. The Vatican deals with a global church, so its legalese tends to be more generic and open to interpretation. It will be interesting to see just how these norms are spelled out but no one expects unambiguous prose and zero tolerance. So what about the ordination of women? How did that sneak in here?

The 2001 norms focused on “most grave crimes” against the sacraments and against morals. Some of the pedophilia crimes took place in the context of the sacrament of Penance or Confession. Breaking the seal of confession—that is, revealing anything told in the exchange between priest and penitent—is against the law. Another so-called grave matter dealt with in this way is “desecrating the sacred species.” That means taking a consecrated host and throwing it on the ground. Canonists will spend their summer parsing the implications of these matters, but we still need to track down the ordination of women which is now in the mix of sinful actions.

The Congregation declared in 2008 that women who get ordained “simulate ordination.” According to the Vatican official’s lights, the women, and the bishops who ordain them, automatically excommunicate themselves. It all sounds rather contorted. In this soon-to-be-published document, the ordination of women is said to be spelled out as one of those dicey matters which is not only a violation of the sacrament of Holy Orders, but so serious as to warrant the attention of Rome.

Perhaps they reason that the women’s ordination cases will keep them so busy that the pedophilia crimes will go away. Maybe they think people will be so scandalized by women wanting to get on with the ministry of the church at a time when the institution is morally bankrupt that they will forget the cover-ups that necessitated this revision of law in the first place. Or, perhaps the foxes may really think that this effort to centralize power with even less accountability can take place quietly since so many people will be exercised over the mere suggestion of women priests.

Stay tuned, but I think they miss their guess. There is simply no comparison between a theological argument over who is “fit matter” to be ordained and the destruction of a child’s life; not to mention the thousands of people who have been abused by clergy. The public simply won’t buy it, and the end result is that the institutional Roman Catholic Church will look even more out of touch with reality than ever.

I generally refrain from commenting on these matters without the document in front of me, but this is such a classic case of how church law is made—yes, like watching sausage being made—that it invites conjecture. It may turn out that the concerns over women’s ordination being linked with priest pedophilia are unwarranted. We will see by late summer when the document is expected.

Laws are made in relation to real events. There must have been a time when desecrating the sacred species was common enough to warrant comment. So, too, there have long been violations of the seal of confession. Another sticky wicket that got this kind of attention was “forgiving an accomplice in a sin of impurity.” This was when a priest had sex with another adult (usually referred to in the Latin instructions on this as “Titus, a man” with “Bertha, a woman” though we now know there were more options) and then forgave the sin in confession. It was considered a catch-22. So a law was made to send such cases to a higher authority.

Unless there are more women in the pipeline than I think, the ordination of women might be something the Vatican could have afforded to ignore in the hope it would go away. If women’s ordination really makes the list this time it implies three things:

First, the institutional church recognizes that women are being ordained both by the Roman Catholic Womenpriests initiative and in other congregational settings. Pity the form is so similar as to arouse the Vatican’s attention when the real news is that many local communities simply go ahead with shared ministry without ordaining anyone. The theologies vary, but the whole movement represents a challenge to the Vatican’s claim as sole authority in choosing priests. Like birth control, I think the ban on women priests will soon be honored by so few Catholics that even the institutional church will try to sweep it under the theological rug. That is one reason the ban on abortion has such a high profile: because Catholics’ use of birth control is simply a done deal.

Second, since its male priests are among those who will be sanctioned, the Vatican is obviously worried that the tide has turned against it inside as well as outside. Maryknoll priest Roy Bourgeois participated in a women’s ordination celebration in 2008 and was told to recant his actions. To date, no final word has come down on his refusal to do so. Maybe this law is it. More likely, it is a warning to other priests who might break clerical ranks and stand with feminists in ministry. Here’s hoping they have the courage and good sense.

Third, by drawing attention to women’s ordination, even if it is a tactic to distract attention from the pedophilia crimes and cover-ups, the Vatican is signaling its own desperate situation. Rumors of internal dissension in the Vatican ranks are rampant. One can only imagine what discussion ensued on this matter. Or maybe there wasn’t any discussion at all, which would be worse.

Catholics Go On Living while the Vatican Translates Dicta

But there is some good news coming from Catholicism this summer; two lovely examples serve as a reminder that all is not lost. First, those who are not Catholic are beginning to react to this ungodly mess with creative and courageous solidarity. Recently, the Catholic Archdiocese of Los Angeles, which provided financial support for the Holy Family Adoption Services, told the group they could no longer consider same-sex couples as potential parents for the infants and children they place. The agency refused to cooperate, losing a good bit of its financial support in the process.

Happily, Bishop Jon Bruno of the Episcopal Diocese offered to sponsor the group under Episcopal auspices. Robert K. Ross, President and CEO of The California Endowment, a donor agency issued a wonderful letter spelling out why the Endowment donated $50,000 and asking other people and agencies to do the same. He wrote:

While civic and public discourse these days seems to be dominated by scapegoating, intolerance, and even hate—Arizona’s anti-immigration legislation and California’s Prop. 8 battle embody such activity—we want to take a quiet moment to acknowledge the moral courage of the board of directors of Holy Family Adoption Services and Bishop Jon Bruno.

A second break with Catholic institutional action is found in the increasing number of Catholics living their faith according to their consciences, ignoring the Vatican entirely. At the recent memorial mass for William R. Callahan, one of the founding directors of the DC-area social justice-oriented Quixote Center, such new practices were in evidence.

Bill Callahan was a Jesuit priest. A feminist before most men could even spell the word, he was dismissed from the order in the 1990s for reasons including his support of women’s ordination. He declined to leave his public ministry at Quixote and return to Boston as ordered. In other words, he refused to cop to a false notion of obedience that was really just a show of institutional church muscle. Instead, he continued on for decades as a dedicated champion of the rights of people in Central America, as a proponent of the full rights of women and LGBTQ people in both church and society, and as an all-around mensch.

He also continued to be a priest; not of the timid institutional sort, but a priest of the people who was called upon countless times to preside at weddings, baptisms, and funerals. He could be relied on to lead a Eucharist where everyone from the Irish grandmother to the smallest child was included, welcome at the table, and edified. According to Catholic theology well understood, all Catholics are priests by virtue of baptism.

Bill Callahan’s funeral liturgy held recently in a public school all-purpose room (sans air conditioning) was one such example of this reality. The gifted radio show host Maureen Fiedler of Interfaith Voices handled the whole celebration with aplomb. Bill’s companion of forty years in ministry, Dolly Pomerleau, spoke movingly and humorously of the man and his ways; a Catholic, married, male priest and a Catholic, married, woman bishop were the presiders.

The joyful celebration of a sad loss reflects the emerging model of small base communities that come together on important occasions. It was suspiciously like the early Church, which eventually built cathedrals for just such periodic gatherings of the local groups that otherwise worshiped and carried out their justice work in their own homes and centers.

So while the Vatican staff is busy translating its latest dictum into various languages, Catholic people, with the help of our friends, are living new models of Church. We do so in the hope that we might salvage the heart of the tradition we value, even while the institution persists in its own demise.