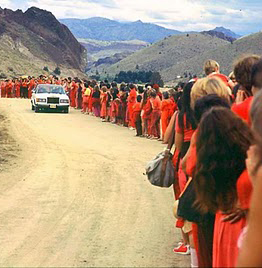 Although the guru-disciple relationship is something of an archetypal ideal, perhaps nowhere do we find greater elaboration on the principle of the spiritual guide than we do in the theological lineages of India. On one hand, we may find emphasis on the radical pervasiveness and plurality of guru, as when nature herself and other phenomena are acknowledged and revered as teachers. Elsewhere, singular emphasis might be placed on a specific personality and his or her exceptional qualification to serve as guide. These ostensibly disparate views of the guru as simultaneously “one” and “many” are perhaps most beautifully harmonized in the guru-tattva of Gaudiya Vaishnavism.

Unfortunately, this attractive and accommodating framework for comprehensive spiritual help has been (and is) often misunderstood by those seeking guidance, and unfortunately, by those serving as guides. In the most extreme cases, misapplication of the guru principle has led to abuse and exploitation. Students who have been cheated in the context of such failed relationships may crusade against spiritual teachers with particular vehemence, cautioning others not to approach such spiritual leaders.

In other cases, zealous students have done their part to perturb the guru principle, such as by crafting a teachers’ legacy in messianic terms, or by putting forth the guru’s mere observations about material science, human history, economics, etc. as infallible truths. (Curiously, this may happen even when the guru is candid about his or her limited familiarity with such topics.)

In light of this, it is unsurprising that a spiritual seeker—even one who has adopted the practices of nava-lakshana-bhakti—may pursue direct spiritual guidance quite hesitantly, despite admiring the guru principle as a theoretical ideal. Understandably, the faculty of reason may be on “high alert” even when in the presence of saints, largely thanks to the unfortunate deeds of charlatans.

In the general community of spiritualists, it is not uncommon for persons to seek eclectic instruction from any number of teachers (“taking it all in”). Such eclecticism erects a physical and intellectual buffer between the student and the apparent risks of singular commitment to a teacher. To a certain extent, this tendency can also be observed in the Gaudiya community. Some students will keep a “safe” distance from spiritual help for years on end, even if formally initiated. Such distance may actually be fostered by temples and institutions that act as revolving doors for teachers who may have large followings, but little time for personal engagement.

Although sustained physical proximity to the guru is not necessarily a requirement for advancement, if a practitioner’s komala sraddha is to blossom into something more—and if his or her kanistha conceptions are to fall away—something in excess of a formal or fleeting connection with the guru would be helpful. A student who attempts to refine his or her conceptions without the benefit of the close and corrective oversight of the guru may  both propagate apasiddhanta within the Gaudiya community and poorly distinguish preaching rhetoric from the actual theological conclusions of the sampradaya.

Accordingly, the ailing condition of the guru principle in much of the Gaudiya world may be exacerbated by gurus who employ students as agents of perpetual outreach. Although the sankirtana movement of Sri Caitanya Mahaprabhu is rightly regarded as a mission, effective outreach must be punctuated by periods of “in-reach,” characterized by contraction, deep introspection, and critical self-evaluation. Inward focus is all the more important when considerations of institutional management begin to eclipse the very raison d’etre of any Gaudiya institution: to help its members become Krishna-conscious.  The fact that the success of Mahaprabhu’s mission is sometimes quantified in terms of the square footage of new temple complexes, plates of prasadam served, and the number of disciples initiated bespeaks the degree to which some (particularly guru figures) have attempted to actually measure the ingress and presence of bhakti.  If a student is primarily employed to inflate these metrics, the guru-disciple relationship is but a shadow of what it could be.

Given the necessity of the guru-disciple relationship in bhakti-yoga, it is unfortunate that additional layers of philosophical confusion are heaped on top of the guru principle.  In some cases, students may be encouraged to submit primarily to a departed param-guru or acarya, rather than to a teacher to whom he or she would be directly accountable. This novel spin on the guru-disciple relationship may even discourage the param-guru’s direct disciples from living up to (and fully realizing) the tradition’s ideal. Emphasis on a param guru creates an atmosphere in which the sampradaya’s current representatives may be considered (or may consider themselves) incapable of making a meaningful contribution to the lineage in terms of realization and the application of sastric reasoning to contemporary situations. The guru-disciple dynamic, and thus the Gaudiya tradition as a whole, stagnates and flounders in such a climate.

In light of all of this, it may be easy to sympathize with those who argue that the role of guru be minimized or altogether reinvented. Clearly, at least some modicum of reform is desirable.  Any reform that will pay spiritual dividends, however, will be directed towards re-establishing the guru principle appropriately, according to the necessities or time and circumstance, rather than to casting it aside. By contrast, to marginalize the necessity of guru is tantamount to denying bhakti as a descending process. To “go beyond” the guru is to go without a connection to the highest prospect. The fact that certain gurus and institutions have been associated with negative outcomes emphatically underscores our overwhelming need for good guidance, much more so than it asserts the rejection of the guru as an essential element of progressive spiritual life.

Although a student of Gaudiya Vaishnavism may feel overwhelmed by articulations of the guru principle that seem out of step with the ideal, such students may serve as a powerful agents of reform by voting with their feet (and hearts), pursuing good guidance wherever it may descend.  For a journey towards a plane where “every word is a song” and “every step is a dance,” only a perfect method—imparted perfectly—will suffice. This is a fundamental truth of the system. The onus placed on the student in the guru-disciple equation is considerable, as one must negotiate whatever fears and hesitancies impede connections that are in their ultimate interest. The student may have to take a risk, cross an institutional boundary, or develop a new relationship—pursuing siksa—in order to be helped the most. The need for this is exceptionally great in times in which the guru principle has moved away from the tradition’s ideal and the student is left stranded or washed ashore on the river of bhakti. Although some may elect to wait dutifully there for acts of institutional reform, or accept something less than the ideal (wading only the shallows of possibility and potential), such stoicism and complacency are ill-advised when so much help may be passing by:

“Here, the Lord is inferring, “So many boats are passing, and I am helping like the favorable wind. The helmsman is Guru, and I am the favorable wind. The boat is this human body, and you should all take this opportunity to cross the ocean of life, birth, and death. The world is compared to the infinite. It resembles infinity; it is very difficult to cross the ocean of life and death, birth and death. If you want to escape these troubles (janma-mrtyu-jara-vayadhi-duhkha-dosanudarsanam), you must take the chance. Otherwise, you will lose so much that it amounts to suicide.”

Cited by B.R. Sridhara Maharaja, Sermons of the Guardian of Devotion, “Every Word is a Song”.

6 Responses to The Guru: Remove, Reform, or Re-Establish?