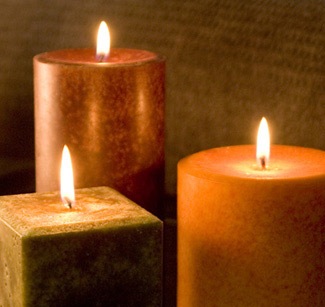 Religion, Science, and the Academy

In his book The Soul of the American University, historian George Marsden chronicles how and when higher education became hostile to religion. While most universities sprung from religious roots, by the 1920s, movements to secularize the academy had relegated religious perspectives to the sidelines, or shut them out altogether. At the center of these secularizing movements was science, and as religious ideas were subjected to the same kind of rigorous scientific scrutiny as other ideas were, they began to decrease in prominence. Soon, the academy was generally free from religious influence or support, and many scientists took up their own value system in which science was considered the superior form of knowledge. At the university level, the sciences stopped needing to engage with religion in any meaningful way.

These reforms were not without costs, historian Julie Reuben points out. Efforts to create a scientific objectivity that was also value neutral ultimately failed, she says, leading instead to a complete separation of facts and values. Science, considered to be completely fact-based, was separated from more humanistic fields such as English and history. And this separation left scientists with little vocabulary for thinking about the moral implications of their research or what kind of public translation of science works well.

If we took a snapshot of America’s top research universities today, we would find that about a third of them began with a religious mission, generally a specifically Christian one. While only a few still have a divinity school, the majority has a center, department, or program devoted to the academic study of religion. All of them have scientists who are religious and scientists who are not (and some who think religion is dangerous to science). Over the past five years I have been studying how natural and social scientists at top research universities understand religion, ethics, and spirituality. My study is an empirical one. I surveyed nearly 1,700 scientists and spoke with 275 of them in depth. While many scientists are completely secular, nearly 50 percent identify with a religious label, and almost one in five is actively involved in a house of worship, attending services more than once a month. Even among those who are not religious, many see themselves as spiritual.

So we might think that they would be actively teaching our nation’s top university students to have informed and intelligent dialogue about those areas of science that many religious people find controversial, like evolution, human embryonic stem cell research, and global warming. Yet I found there were few such conversations taking place. While separating science from religion has definitely had important positive consequences for scientific research, this lack of conversation suggests that students today are not formally learning how to connect the facts of science with the moral implications, or values, of science.

And this may be a problem.

In part, the problem stems from the fact that many scientists have a model of university life that does not allow any positive role for religious people, institutions, and ideas on campus. Of the natural and social scientists I interviewed, nearly 40 percent told me they see their institution in this way.They have few models for how scientists (with or without faith) might respond to or productively interact with religious people and ideas. In their model of the university, such people and ideas exist primarily as a threat to science. So it makes sense that these scientists who hold such views would do all they could to constrain or marginalize religion. To them, the university is the only remaining American institution that is safe from the encroaching influence of religious conservatives on science, and they want to keep it that way. By and large, then, scientists are encouraged to see religion as something outside of what sociologist Andrew Abbott calls their “professional jurisdiction,” the framework by which they decide which topics are relevant to their work. And religious viewpoints are relegated to separate, isolated departments and programs.

But I also found that a sizeable minority of scientists — about 20 percent — think that, although the scientific method ought to be value-neutral, religion can meaningfully intersect with the implications of their research and with the education of their students. They see religion as important to some forms of science ethics and as potentially helpful in understanding the implications of scientific work (providing a justification for fighting poverty or global warming, for example). According to these natural and social scientists, their students ought to understand religiously-based forms of science ethics alongside ethical-moral-value systems derived from naturalism, those views independent of supernatural claims. One social scientist I spoke with, who described herself as a cultural Jew, believes university students have to learn to “take responsibility for the ways in which their beliefs and values affect other people,” and they must understand how other people’s beliefs and values affect them and their research. She strongly believes that this kind of intelligent dialogue should begin among communities of scientists in the academy, who ought to have “discussions and debates about how we might better address the kinds of things that religion brings up.” Still, there’s a problem: there doesn’t seem to be a place in the academy for these sorts of conversations.

So where do we go from here? A number of the university scientists I spoke with suggested that their colleagues begin to change their perspective by rejecting scientism, a disciplinary imperialism that leads them to explicitly or implicitly assert that science is the only valid way of knowing and that it can be used to interpret all other forms of knowledge. This means instead of marginalizing religion, we should bring discussions of meaning and morality more broadly back into the social and natural sciences.

Teaching science, one chemist told me, can’t just be about “distributing facts” to students “because it’s not really that difficult to find any sort of fact you want nowadays. [Our best students] can go learn about a topic pretty quickly on their own, but actually thinking about the discipline and what you’re supposed to be doing in science is a very difficult problem.” Science at the university level, he says, must involve teaching students to think beyond their own research — which means teaching them how to apply science, how to communicate it to a broader audience, and how to think about it from “some sort of moral and ethical standpoint.”

9 Responses to Religion, Science, and the Academy