Are the Faithful More Gullible? 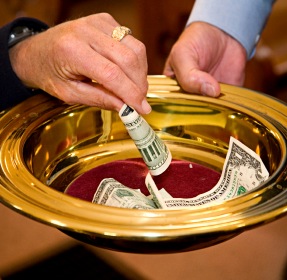 Other major frauds exposed by federal investigators in recent years have targeted Jehovah’s Witnesses, Baptists, black churches and other denominations, from $190 million lost in a three-year scam promoted by a Christian radio host in Minnesota to an estimated $1.4 billion conned from thousands of Utah Mormons.

Now three Pakistani immigrants — two believed to have fled the U.S. — are accused of swindling $30 million from hundreds of Chicago-area Muslims with an investment plan they promised complied with Islamic law.

Is it simply too easy for con artists to prey on people of faith?

“We’ve seen where it’s an outsider who has come into the fold, and we’ve seen some where it’s a person who has been a member of the community for decades,” said Lori Schock, director of investment education and advocacy for the U.S. Securities and Exchange Commission.

“We’ve had cases where people quote Scripture, that the Lord wants you to make money. And when the house of cards comes crashing down, the victims sometimes lose more than just their money — sometimes they lose their faith, and it’s extremely sad.”

Why do religious groups make such easy targets? For one, a swindler who professes the same faith, or belongs to the same congregation, has an easy time of earning trust, however misplaced. Duped investors, meanwhile, also hesitate to suspect or report on one of their own, Schock added.

Although the FBI’s Utah Securities Fraud Task Force has issued a warning to members of the Church of Latter-day Saints, the SEC hasn’t examined whether religious groups are more susceptible to “affinity fraud” — scams that target specific demographics, whether evangelical
Christians or the elderly.

But researchers say it’s a question worth considering.

Harvard scholar Robert D. Putnam and Notre Dame’s David E. Campbell found a connection between religiosity and trust in others in their new book, “American Grace: How Religion Unites and Divides Us.”

Based on Harvard’s 2006 Faith Matters Survey, Putnam and Campbell conclude religious people are viewed as more trustworthy by both religious and nonreligious Americans, and also tend to be more trusting of others.

In an interview, Campbell said the strong social networks found in some faith communities, such as “the tight bonds among Mormons,” seems to make them especially vulnerable to fraud.

“The underlying issue, I think, is the question of mutual trust,” agreed Nancy Ammerman, a Boston University professor of religion and sociology. “These schemes rely on and exploit that trust, and people within religious communities tend to have high levels of trust for others within their community.”

“Conversations are easy to strike up, and everybody’s got a directory or an e-mail list or at least people they talk to at coffee hour. The social connections are there, and that makes it easier for someone with something to sell to get new customers.”

Anson Shupe, an Indiana University sociologist and author of several books on faith-based fraud, said his own research indicates evangelicals, Mormons and black churches are most susceptible, while Catholics are relatively protected by a dense, hierarchical network of
clergy supervision.

“Protestants and Mormons tend to believe that there is a sort of straightforward relationship between keeping the tenets of the faith and contributing financially to it, and then reaping rewards in the here and now,” he explained. “Some pastors preach a one-to-one relationship
between worldly prosperity and attendance to matters of faith.”

Members of these groups also believe that God wants them to prosper, and that God wouldn’t allow them to be ripped off — especially not by someone who shares their beliefs, he added.

But Earl L. Grinols, a Baylor University economics professor, believes any correlation between faith and fraud stems from a “mistaken” perception that religious people as easily misled. That prompts con artists to disproportionately target them, along with the elderly and the newly affluent.

“It’s the ease of identifying and finding people in the group to scam, and that the perpetrators have a misperception that these members are more naive,” he said. “They may tend to view (Christians) as more simple, maybe more easily led.”

Schock said potential investors should check with the regional SEC office before handing money over to potential con artists, whether it’s a longtime congregant in good standing, a religious leader who has been endorsed by fellow clergy, or someone who promotes an investment that appears faith-friendly, such as church bonds or Islam-compliant loans.

“Trust, but verify,” she said. “If something sound too good to be true, it probably is.”

7 Responses to Are the Faithful More Gullible?