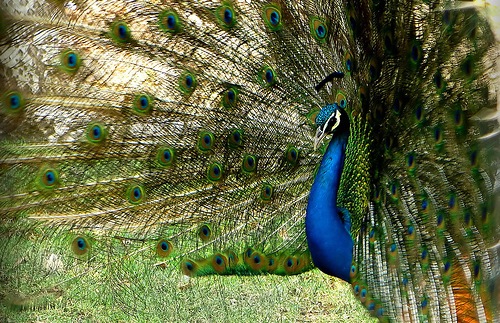 Published on December 31st, 2010 | by Nitaisundara

Srila Bhaktivedanta Swami Prabhupada comments on the twelve forests surrounding Krishna’s abode in his purport to Caitanya-caritamrta 2.17.193: “Vrndavana is the name given to the forest where Srimati Vrnda-devi (Tulasi-devi) grows profusely. There are twelve such vanas in Vrndavana. Some are located on the western side of the Yamuna and others on the eastern side. The forests situated on the eastern side are Bhadravana, Bilvavana, Lohavana, Bhandiravana, and Mahavana. On the western side are Madhuvana, Talavana, Kumudavana, Bahulavana, Kamyavana, Khadiravana, and Vrndavana. These are the twelve forests of the Vrndavana area.” The names Mahavana and Bilvavana are other names for Brhadvana and Srivana, respectively.

Later Gopala-tapani will state that these forests can be considered two rather than twelve: Bhadravana and Krishnavana, distinguished by their relationship with either Rama or Krishna. Those on the eastern side of the Yamuna are more closely associated with Rama (Bhadravana), and those on the western side are more closely associated with Krishna (Krishnavana).1

All of these forests facilitate Gopala Krishna in his cowherd lilas and his rendezvous with the gopis. Among them Vrndavana is the most important, and for this reason it is mentioned last in the list given here in Gopala-tapani. The word vrnda also means group, and it is to be understood that Vrndavana is the group leader of all twelve of Gopala Puri’s forests. Among other things, it supplies all of the flowers for Krishna’s pastimes and is personified as the forest nymph Vrnda who shares in Yogamaya Paurnamasi’s service of orchestrating Krishna’s lila.

In the midst of these deep forests, gods, humans, Gandharvas, Nagas, and Kinnaras sing and dance together.

The forests of Gopala Puri are deep in the sense that their secrets concerning Krishna lila are unknown even to the Vedas and great sages who follow the Upanisads. Although its secrets are hidden from great sages, they are known to Krishna’s devotees who reside there in the form of simple, uneducated villagers whose sole wealth is love for Krishna. It is said elsewhere that these forests abound with wish-fulfilling trees. However, their real opulence is their inhabitants, who have no wish to fulfill due to their love for Krishna.

Gods also dwell in these spiritual forests, and their singing and dancing mentioned here indicate their absorption in love of Krishna. Sri Brahma-samhita describes that in the abode of Krishna all talking is song and all movement dance. What, then, must the singing and dancing there be like? Such poetic spiritual life of the eternal inhabitants of Krishna’s abode causes the gods themselves to sing and dance.

In some form or another all these divine personalities reside in Krishna’s abode. The Rudras listed here indicate linga-murtis perpetually worshiped in the dhama.

There are in fact only two forests in Mathura. These are named Krishnavana and Bhadravana. It is within these two forests that the aforementioned twelve forests, some of which are pure and holy and others of which are most pure and holy, are contained. The gods live there, and the perfected souls attained their perfections there.

Other than Sri Krishna’s eternal retinue, other devotees have attained the status of residing in his abode as cowherds. According to the scriptural record, these devotees include those who descended to earth from among the gods during Krishna’s manifest lila and perfected their spiritual lives at that time as cowherds, as well as spiritual practitioners from earth who attained this same perfection through spiritual practice (sadhana-siddha).

The scriptures give several examples of such sadhana-siddhas. The Vamana Purana describes how the presiding deities of certain Upanisads desired to attain the spiritual status of gopis and were blessed by Krishna to take birth in his manifest lila to fulfill their desire. Gayatri-devi also attained this status by Krishna’s blessing. According to the Padma Purana, she had been kidnapped from the cowherd community to assist Brahma in a religious ritual, and when the cowherds objected, Visnu promised to appear among them in the future as a concession. Later Gayatri herself worshiped Krishna and received his benediction that she could take birth on earth during his manifest lila and become one of his gopis. Furthermore, the sages of the Dandakaranya forest who had the darsana of Sri Ramacandra were blessed by him in accordance with their sadhana to take birth as gopis at the time of Krishna’s manifest lila. Notably, their mantra was the eighteen-syllable Gopala mantra of this Upanisad.