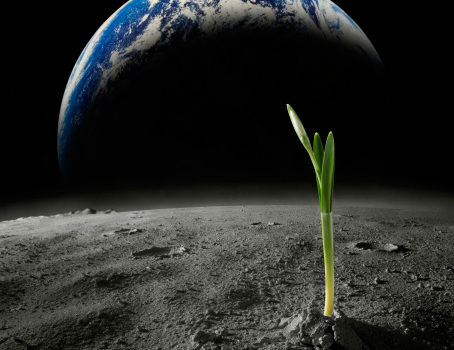 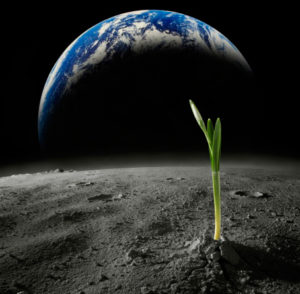 After days of rampant speculation that NASA was on the cusp of revealing it had detected extraterrestrial life, the reality was slightly more down-to-Earth.

A team of scientists revealed Thursday that they had found a remarkable quality in a bacterium growing quietly in California’s Mono Lake — it is the only known life form able to subsist on the deadly element arsenic. The organism even uses arsenic to build the backbone of its DNA.

To researchers searching for life elsewhere in the universe, the discovery still qualified as a heaven-sent event.

“I find this result delightful,” said Pamela Conrad, an astrobiologist at NASA’s Goddard Space Flight Center in Greenbelt, Md., who wasn’t involved in the research. “It makes me expand my notion of what” life in the universe would need to sustain itself.

The organism’s existence suggests life on Earth has an unappreciated flexibility, experts said, and could have evolved from a wider array of building blocks than previously thought — not only here, but elsewhere in the universe.

Perhaps no one was more surprised by the revelation than Felisa Wolfe-Simon, the biochemist who identified the creature.

“The mere fact that an organism can grow with this much arsenic, that’s outrageous,” said Wolfe-Simon, a NASA research fellow based at the U.S. Geological Survey in Menlo Park, Calif.

Previously, all life on Earth was known to rely on six principal elements — carbon, hydrogen, nitrogen, oxygen, sulfur and phosphorus. Phosphorus is a key ingredient in the ladder of DNA, as well as many key components of cellular machinery.

Wolfe-Simon had theorized that arsenic might be able to stand in for phosphorus because it is located directly below phosphorus on the periodic table of elements and behaves similarly. In fact, arsenic’s likeness to phosphorus is what makes it toxic to most life: It fools cells into thinking they have the phosphorus they need to survive.

To look for a creature that might bear out her hypothesis, Wolfe-Simon led an expedition to Mono Lake, an arsenic-rich body of water near Yosemite National Park.

The team collected mud from the lake last year and introduced it into an artificial broth designed to mimic the qualities of the natural lake water.

But there was one major difference: In the broth, high levels of arsenic were added in lieu of phosphorus.

The scientists let the mud sit in the broth for several days, then introduced a small portion of it into a fresh batch of the arsenic-laced broth. They repeated the process seven times over a three-month period, and checked to see if anything grew.

They isolated a microbe that survived in what should have been a toxic stew.

Wolfe-Simon said the organism, known as GFAJ-1, is in many respects “unexciting.” It breathes oxygen and is a genetic “distant cousin” to the gut bacterium E. coli.

What was remarkable, she said, was its apparent ability to use arsenic to grow. Through laboratory analysis, the team confirmed that both arsenic and phosphorus were present in the cultured organism, but that there wasn’t enough phosphorus to sustain the organism on its own.

They also demonstrated that arsenic existed “everywhere” in the cells and that the arsenic appeared to be filling the role of phosphorus, Wolfe-Simon said.

Researchers said the finding, published online Thursday in the journal Science, had forced them to reconsider what they ought to be looking for as they hunt for signs of life beyond Earth.