What Makes an Intellectual? 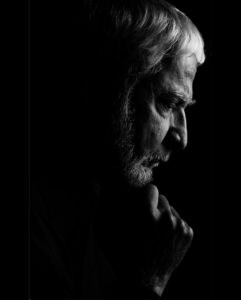 The following is an excerpt from “Passion and the Pursuit of Truth.”

[…]We all can distinguish between speculative thought — whose purpose is primarily to lead to new knowledge within the mind — and practical thinking, that engagement of the intellect in the doing or making of something beyond the mind. Precisely because these two so easily become entangled with one another, we can also understand why it might appear so necessary to grant a particular freedom to intellectuals whose lives are spent in speculative pursuits. Most of us also understand that this freedom depends on the intellectual’s commitment to engage in those pursuits in a disinterested manner, betraying his vocation neither for petty gain nor distorting what he learns and says to suit the preferences of his friends or the causes of their hour. Such privilege may appear all the more necessary in a climate where ideas shape the destiny of nations, as they certainly did in the 18th century; it may seem all the more precious in a time like ours, where the din of manipulative rhetoric in advertisements, political speeches, and newspapers alike carries on almost unrelieved.

Disinterestedness practiced as a mode of intellectual engagement is necessary and precious. Yet I cannot help thinking that the age that gave us this virtue misunderstood the nature of the intellectual life it was supposed to make possible. Moreover, it would seem that the contemporary politicized classroom is not so much a violation of the rule of “disinterestedness” as it is a woeful but natural extension of it.

“Intellectual,” as we use it, is a new word, conceived to describe those professors, public philosophers, and men of letters who live by and for the realm of thought. They are supposed to be experts in their fields, caretakers of methods and disciplines, but what chiefly distinguishes them is a commitment to no cause that would cloud otherwise clear — we say, “objective” — thinking. But where did this exceptional character come from?

If we look back beyond the 18th century, we come upon some familiar but paradoxically alien figures. In ancient Athens, we find the philosopher, the lover of wisdom, who sometimes appears foolish to the washer-women of his city, so absorbed is he in contemplation. But this same fellow also appears great and noble at times, as if his visible actions sought to conform to an invisible beauty. The dialogues of Plato tell us that the philosopher possessed the virtue of temperance in regard to bodily pleasures, because he took far greater pleasure, admixed with some pain, in the yearning for truth, goodness, and beauty. He brooked no occupation that kept him from staring into the heart of light that was the Good — a light he relished though it blinded, and which humbled him even as it inspired him to the most noble of deeds. Socrates, after all, was not just a snub-nosed street-talker, but a great warrior whom foreign cavalry dared not to attack. Such was the founder of the first academy.

In the medieval world we find characters not much removed from the Greek philosopher. The medieval monks, who passed their days literally cloistered in monasteries or only figuratively so in the first great universities, did not sacrifice the life of pleasures to be found in the wider world. Rather, like Socrates, they moved beyond those pleasures to bask in the one joy they believed truly fitting for the rational human being. By means of work and study they equipped themselves for the life of prayer; but prayer was not an exercise in mindless piety, it was the highest activity of the human intellect bathing in the light of truth. Plato had always stressed that the philosopher did not possess wisdom but yearned for it, stared into it, knowing it could never become a mere possession trapped by the human mind. So also did the medievals yearn in the thought-that-is-prayer for a light that is visible but blinding, a truth perfectly intelligible but ever incomprehensible. Academy and university alike were places where the most profound desires of the human spirit moved toward fulfillment, and where individual lives were given form and beauty as they sought to conform to light and truth.

In these antecedents we see the outline of the modern disinterested intellectual — but it is a hollow outline indeed, akin to those traced at a crime scene. The philosophers and monks set out on a journey with a real destination and their lives could be called happy because they advanced, by clear thought and a triumph over lesser goods, toward the highest good imaginable. Their lives were truly human, conducted not in scorn of self but in hope of its fulfillment. They moved beyond the mundane activities and concerns of this world so as to think and act the better within it.

With the rise of the “lay” intellectual in the 18th century, we do not find a reconfiguration of the monk on secular lines, as if the yearning for truth could be better conducted without the equipment of the monastery. Rather, we find the old forms continuing but without a clear sense of the purpose for which they had been designed. The triumph over worldly pleasure was re-described as mere “disinterestedness,” but disinterestedness for what? “For the life of thought,” was the reply. The thinking of what? “Of speculative rather than practical ideas, of sophisticated and free rather than prudent and servile ideas.” No further answer is forthcoming.

The modern intellectual engages in thought without end, for all purpose would be denounced as agenda or ideology. Restless before this convergence of freedom and uselessness, his occupation takes a critical turn and becomes the mere dissecting of all the interested buzz of the world of practical action. Because it lacks a sense of where thought might find fulfillment, the intellectual realm becomes not a place above the mundane world, but a parallel zone of criticism, where the beliefs of others may enter only to be seen through. The intellectual life reduces itself to functional nihilism, warding off despair only by means of attacking the latest ideology voiced beyond its doorstep.

This eviscerated condition of the modern intellectual can hardly be dismissed as a mere moral perversion or weakness of chin, of course. Those contemporary thinkers who still see their vocation as in continuity with the tradition of medieval contemplatives and ancient philosophers have provided us a wide variety of compelling accounts to explain the missteps taken in modernity that led to the nihilistic dead-end so evident in our age. One common argument holds that the emergence of late-medieval nominalism convinced many persons that ideas were but names imposed upon an infinitely diverse reality, and so the world itself began to appear unintelligible. This rise of nominalism was but one manifestation of a broader tendency to divide ever more rigidly the realm of nature and grace, so that nature, or the natural world, came to include only the “facts” of things as inert and present entities, and the realm of grace, wherein the meaning, purpose, and essence of things was supposed to repose, stood in an at-best-tenuous relation to such “facts.” This division occurred not only — as talk of “grace” might suggest — in Reformation theology, but in nearly every branch of learning.

In the 17th Century, we witness the increasing suspicion of nature as dead and meaningless fact, and a consequent privileging of the rational ideas present in the human mind as the only plausible source of meaning to be found in reality. This led René Descartes to constrain what could be affirmed as rational to that which conformed to the model of mathematical abstraction: any idea lacking the clarity of an equation could not be rationally affirmed. Blaise Pascal, a mathematician like Descartes, similarly contended that neither nature nor anything external to the human being’s fallen interior condition could justify belief in the meaning or purpose of human life. While man could look in upon his evident wretchedness and sense, amidst it, a trace of fallen greatness, the touch of God, it would avail him nothing to look out into the world. […]

One Response to What Makes an Intellectual?