An (Unsensationalized) View of the News from Dharmasala 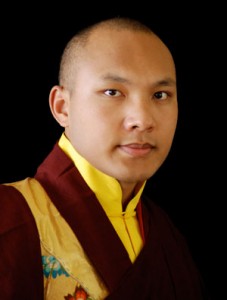 ‘Is the Karmapa a Chinese spy?’ ‘Is the possible successor to the Dalai Lama a Chinese mole?’ ‘Is this another clever ploy of China to take control of the border regions?’ The media have gone berserk with speculations about the Karmapa Lama. Sadly, the coverage has failed to do any groundwork

research. This episode not only exposes the way the Indian media works but also jolts the Tibetan faith in Indian democracy and harms India’s long-term interests in Tibet.

The police raid found a few crore rupees worth of cash. At most, this may be a case of financial irregularity or non-transparent dealings by the managers of the Karmapa’s monastery for which they should be held accountable. Raising questions about a person being a spy for another country is a serious matter. It destroys his or her reputation. The news stories reflect a witch-hunt and betray the lack of an understanding of Tibetan life in India.

Ogyen Trinley Dorje is the 17th Karmapa, the oldest lineage in Tibetan Buddhism and the head of the Karma Kagyu sect. He is one of the rare lamas recognised by both the Dalai Lama and the Chinese government. There is nothing conspiratorial about it. Throughout the 1980s and early 1990s, China was more accommodative of Tibet-based religious figures, consulting and coordinating the choice of reincarnations with the Dalai Lama and other lamas in exile. This accommodativeness came to an end with the crisis over the Panchen Lama’s reincarnation in 1995.

The Karmapa’s selection after the demise of the 16th Karmapa was not without its own controversy as there is a rival candidate, Trinley Thaye Dorje, who had the backing of a senior Karma Kagyu figure, the Shamarpa. The Shamarpa is reputed to have close connections within the Indian security establishment and bureaucracy. But most Tibetans have accepted the Dalai Lama’s choice. In fact, within China-controlled Tibet, veneration for the Karmapa is next only to that of the Dalai Lama. Even within the Gelug (the sect of the Dalai Lama and Panchen Lama) monasteries in Tibet, one comes across the Karmapa’s picture and it is clear that for ordinary Tibetans, the Karmapa’s proximity to the Dalai Lama adds to his sacredness.

It is true that the Karmapa has avoided making anti-China political statements and Beijing has therefore not denounced him. Again, there is nothing suspicious about this. The Chinese had refused to openly criticise even the Dalai Lama in 1959 until he made a public statement after his exile. Beijing does not want to denounce the Karmapa and thus contribute to the creation of another globally recognised figurehead around which the Free Tibet movement will mobilise. Moreover, in recent history, Karmapas have avoided overly political positions since in the traditional Tibetan State, the Gelug sect was dominant. By focusing solely on religious affairs, the present 17th Karmapa is following the footsteps of his previous reincarnation.