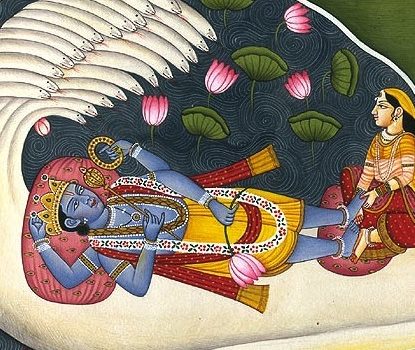 Gopal-tapani Upanisad: In the Beginning was One 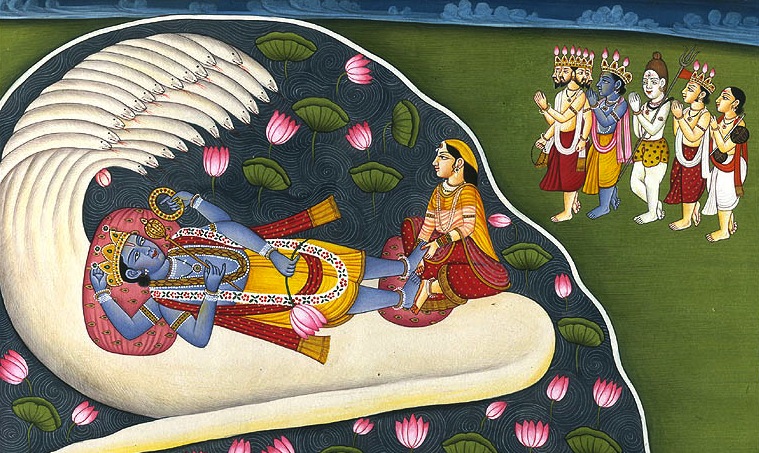 Those living in the forests of Bhadravana and Krsnavana should worship this form of the Lord without material desire by personal religious principles, which I myself have enunciated in their various divisions.

Prabodhananda Saraswati suggests that books such as Brhad-gautamiya-tantra contain the methods for the worship of Krishna that he himself teaches. The religious principles are those acts by which Krishna is attained that are characterized by desirelessness.

Even those who are without any direction in these religious principles and who are swallowed up by the argumentative character of this age may still reside in Mathura if they are devoted to me.

Here the zenith of Mathura’s glory is revealed: it overflows with benevolence. It is supreme among holy places because residence there is not limited to pious souls. Prabodhananda Saraswati cites the Adivaraha Purana in this regard, yesam kvapi gatir nasti tesam madhupuri gati˙: “Those who have no other refuge can find shelter in Mathura.”

In this verse Narayana also underscores the value of devotion. The power of affinity for Krishna is unmatched in terms of how easily it affords spiritual progress, as well as the degree of spiritual advancement it culminates in. Furthermore, Narayana’s statement expresses the very nature of love: those who have love for Krishna, however lacking in other areas, are special to him. This is something we all experience within the scope of humanity. Loving eyes can never see, and for good reason.

My devotee is dear to me just as you are to your sons, Rudra is to his associates, and I am to Laksmi.

Then the lotus-born asked: How can four Deities make a single God? And how does the single syllable Om, which has been explained as being unique in the srutis, become fourfold?

After hearing Narayana’s explanation, the four-headed Brahma expresses his doubts.

Narayana answered: Originally there was only one truth without a second. That was Brahman. From that Brahman came the unmanifest and indestructible syllable Om. From that indestructible sound vibration came the mahat-tattva. From the mahat came the ego. From the ego, the five tanmatras, or sense objects; from them, the elements. The imperishable sound Om is covered by the elements.

Narayana begins his answer to Brahma’s submissive inquiry by explaining that the entire varied creation expands from a singular source. Thus it should not be difficult to understand that if the singular Brahman, which is represented in sound by the syllable Om, can manifest a variegated universe that is different in nature from himself, being unconscious, certainly he can manifest expansions of himself who are, like himself, pure consciousness. Narayana goes on to say that the pranava omkara and by extension any of its expansions, such as the catur-vyuha and their particular representation in sound, are covered by the material elements. By this he means that they are covered in the sense that they are the hidden keys to freeing one from the influence of these elements, for they can never be covered by the material elements in the way illusioned beings are. Narayana’s statement can also be understood to mean that the material elements cover the materially conditioned souls from God.

In Narayana’s statement that Brahman is originally one without a second, the word “one” indicates that he is free of sajatiya-bheda, or difference from an object of the same category as himself. The word “only” indicates that he has no internal differences and is thus free of svagata-bheda; the words “without a second” indicate that nothing exists which is different from him, indicating that he is free of vijatiya-bheda, or difference from an object categorically different from himself. He is advaya-jñana-tattva, nondual consciousness, even while possessed of sakti.

Sri Jiva Goswami points out that while Narayana says that originally there was only one Brahman and does not mention his svarupa-sakti, this is appropriate because God’s svarupa-sakti is nondifferent from himself. His svarupa-sakti is his nature and the source of all other saktis, by which he experiences and expresses the joy that he is. She is his power, which is inseparable from the powerful himself, sakti-saktimator abhinna-vastutvat.17

I am imperishable. I am omkara that never grows old, dies, or knows fear. I am immortal. I am verily the fearless Brahman. Therefore, I am liberated and indestructible.

The word aksara means both “imperishable” and “syllable.” The characteristics of the syllable omkara mentioned are also shared by aksara, the imperishable Brahman. Thus the two are one, and in turn, both Brahman and omkara are identified with Narayana. Narayana is both imperishable and represented by the syllable Om. He tells Brahma as much in this verse: aksaro ’ham, omkaro ’ham.

In this way Narayana is building on his answer to Brahma, as he begins in this verse to move from his example of the variegated universe arising from the singular Brahman back to the actual question as to the fourfold nature of Brahman/omkara that gives rise to the catur-vyuha.