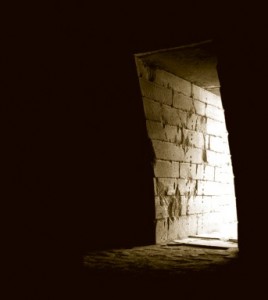 In the last century, science has undergone several revolutions, with profound implications for answering this ancient spiritual question.

Traditionally, scientists speak of the soul in a materialistic context, treating it as a poetic synonym for the mind. Everything knowable about the “soul” can be learned by studying the functioning of the human brain. In their view, neuroscience is the only branch of scientific study relevant to one’s understanding of the soul. The soul is dismissed as an object of human belief, or reduced to a psychological concept that shapes our cognition and understanding of the observable natural world. The terms “life” and “death” are thus nothing more than the common concepts of “biological life” and “biological death.”

Of course, in most spiritual and religious traditions, a soul is viewed as emphatically more definitive than the scientific concept. It is considered the incorporeal essence of a person or living thing, and is said to be immortal and transcendent of material existence.

The current scientific paradigm doesn’t recognize this spiritual dimension of life. The animating principle in humans and other animals are the laws of physics. As I sit here in my office, surrounded by piles of scientific books and journal articles, I cannot find any reference to the soul or spirit, or any notion of an immaterial, eternal essence that occupies our being. Indeed, a soul has never been seen under an electron microscope, nor spun in the laboratory in a test tube or ultra-centrifuge. According to these books, nothing appears to survive the human body after death.

What we have to understand is that our current worldview −- the world of objectivity and naïve realism — is beginning to show fatal cracks. Of course, this will not surprise many of the philosophers and other readers who, contemplating the works of men such as Plato, Socrates and Kant, and of Buddha and other great spiritual teachers, kept wondering about the relationship between the universe and the mind of man.

Recently, biocentrism and other scientific theories have also started to challenge the traditional, materialistic model of reality. In all directions, the old scientific paradigm leads to insoluble enigmas, to ideas that are ultimately irrational. But our worldview is catching up with the facts, and the old physico-chemical paradigm is rapidly being replaced with one that can address some of the core questions asked in every religion: Is there a soul? Does anything endure the ravages of time?

Life and consciousness are central to this new view of being, reality and the cosmos. Although the current scientific paradigm is based on the belief that the world has an objective observer-independent existence, real experiments have suggested just the opposite. We think life is just the activity of atoms and particles, which spin around for a while and then dissipate into nothingness like a dust funnel. But if we add life to the equation, we can explain some of the major puzzles of modern science, including Heisenberg’s uncertainty principle, the double-slit experiment, entanglement, and the fine-tuning of the laws that shape the universe as we perceive it.

4 Responses to The Emerging Soul