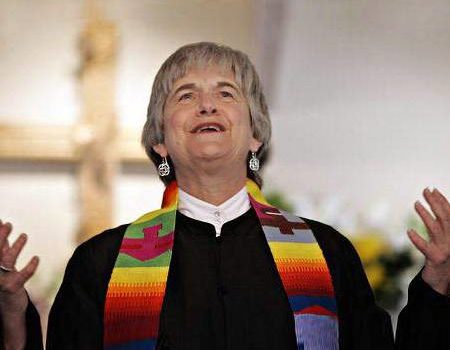 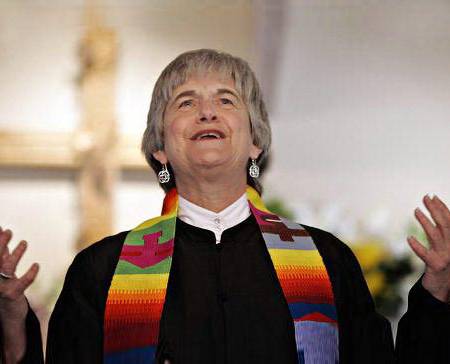 The move reflects a monumental shift in the 2.8 million-member church, which, along with other mainline Protestant denominations, has had increasingly contentious debates and struggles over issues pertaining to gay and lesbian members and clergy. A majority of the church’s regional bodies, or presbyteries, defeated a similar measure to allow gay clergy two years ago.

“This is quite a day of celebration,” said Michael Adee, the executive director of More Light Presbyterians, a Minnesota-based church group that has pushed to allow openly gay clergy in recent years. “We’ve restored the longstanding Presbyterian understanding of ordination: that the most important qualifications are related to faith, not marital status or sexuality.”

The church’s general assembly voted on the amendment to its Book of Order last summer, opening the door to gay, non-celibate clergy. The ruling also applied to deacons and church elders.

But the amendment needed the approval of a majority of the church’s regional bodies. Nineteen of the bodies that voted against the similar measure two years ago switched their vote this time.

Presbytery of the Twin Cities Area’s pro-amendment vote tipped the scale in favor of pro-gay clergy church members with a majority 87 votes.

“This is profound for me because the church will now choose clergy based on character and faithful lifestyles, not because they like men or women,” said the Rev. Dr. Janet Edwards, a Presbyterian minister and activist from Pittsburgh who voted for the amendment. Edwards’ presbytery famously put her on trial in 2005 for marrying two women, but acquitted her of the charges three years later.

As with other denominations that have allowed gay clergy, most notably Episcopalians, disapproving congregations will likely leave the church. According to the Presbyterian News Service, around 100 congregations have defected in recent years, many of which leaned conservative. Experts say the shift toward more liberal presbyteries could be a reason some church bodies switched their votes from two years ago.

“I think that the old homophobia and stereotypes are beginning to slowly melt away,” added Adee.

The change will go into effect in July 2011 and does not mean presbyteries will be required to to start ordaining gay and lesbian candidates, but it makes it legal under church rules if they do.

The old text of the church’s Book of Order did not refer specifically to gay clergy, but banned non-celibate clergy who did not live “within the covenant of marriage between a man and a woman.” That amendment was added in 1997.

The new, revised amendment also does not mention gay clergy, but it removes a requirement of chastity for non-married clergy. Significantly, it places more emphasis on specific character traits such as a “candidate’s calling, gifts, preparation, and suitability” and church regional bodies’ powers in picking ministers.

The amendment passed last year at the church’s general assembly in Minneapolis amid heated debate, with 53 percent of delegates voting to approve. At the same meeting, a slight majority also voted against defining the church’s stance on marriage as between “two people” instead of a “man and woman.”

Late Tuesday evening, the church released a statement on the latest vote.

“Reactions to this change will span a wide spectrum. Some will rejoice, while others will weep. Those who rejoice will see the change as an action, long in coming, that makes the PC(USA) an inclusive church that recognizes and receives the gifts for ministry of all those who feel called to ordained office. Those who weep will consider this change one that compromises biblical authority and acquiesces to present culture. The feelings on both sides run deep,” it said.

The statement continued: “However, as Presbyterians, we believe that the only way we will find God’s will for the church is by seeking it together – worshiping, praying, thinking, and serving alongside one another. We are neighbors and colleagues, friends and family. Most importantly, we are all children of God, saved and taught by Jesus Christ, and filled with the Holy Spirit.”

The Presbyterian Church (U.S.A.) is the latest of several Protestant denominations that have dropped bans on gay clergy. Others include the United Church of Christ, the Evangelical Lutheran Church in America and The Episcopal Church.

A smaller denomination, the Presbyterian Church in America, does not ordain women or openly gay clergy.

The full text of the amendments:

New amendment to Presbyterian Church (U.S.A.) Book of Order Standards for ordained service reflect the church’s desire to submit joyfully to the Lordship of Jesus Christ in all aspects of life (G-1.0000). The governing body responsible for ordination and/or installation (G.14.0240; G-14.0450) shall examine each candidate’s calling, gifts, preparation, and suitability for the responsibilities of office. The examination shall include, but not be limited to, a determination of the candidate’s ability and commitment to fulfill all requirements as expressed in the constitutional questions for ordination and installation (W-4.4003). Governing bodies shall be guided by Scripture and the confessions in applying standards to individual candidates
Old amendment in to Presbyterian Church (U.S.A.) Book of Order
Those who are called to office in the church are to lead a life in obedience to Scripture and in conformity to the historic confessional standards of the church. Among these standards is the requirement to live either in fidelity within the covenant of marriage between a man and a woman (W-4.9001), or chastity in singleness. Persons refusing to repent of any self-acknowledged practice which the confessions call sin shall not be ordained and/or installed as deacons, elders, or ministers of the Word and Sacrament

One Response to Presbyterian Church Makes Way for Gay Clergy