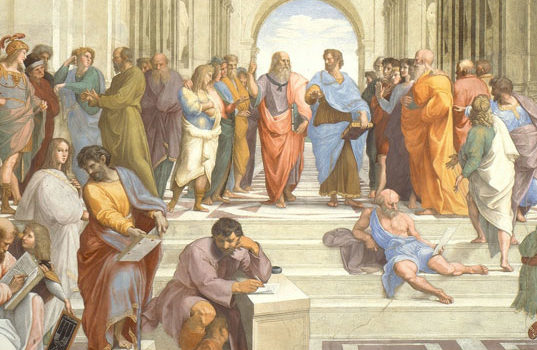 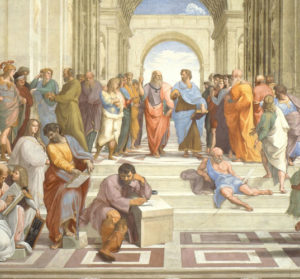 There is much talk in academic philosophy about the need to open up the discipline to so-called non-Western traditions and perspectives, both through changes to the curriculum and also within the demographics of philosophy departments themselves. These two aspects are seen as connected: it is thought that greater representation of non-Western philosophy will help to bring about greater diversity among the women and men who make up the philosophical community.

When I teach classical Indian philosophy, or advocate teaching it, for example, I often hear in response that doing so provides a service to the university community, and to the student body, insofar as it enhances the diversity of the philosophy curriculum, and makes the curriculum representative of a wider portion of the student body. But what I’m teaching are topics such as 5th-century Indian theories of logical inference, or the concept of qualitative atomism in classical Buddhism: material that is sufficiently obscure that no student, of any background, should be expected at the outset to recognize him or herself in it.

One good way to begin to correct this problem would be to stop describing it as “non-Western,” but instead to be explicit about which geographical region, or which tradition, we are discussing: Kashmir Shaivism, for example, or Chinese Mohist logic, just as we would speak of German Aristotelian Scholasticism or American Pragmatism, without, ordinarily, bothering to specify that these are both “Western.”’ Imagine, for comparison, the righteous vigor with which we would condemn the academic subfield of agricultural history if 95 percent of all the research in this field were devoted to irrigation techniques in Southeast Asia, while the remaining 5 percent was required to package itself as the study of “non-Southeast Asian irrigation techniques.” This sounds absurd, and it is, but it really is no more so than when the small minority of scholars who work on say, Indian or Chinese philosophy, are obligated to present their research as having something to do with “non-Western philosophy” for the simple reason that it does not come from Northwest Eurasia.

An alternative approach to the history of philosophy — one that takes the aim of opening up the discipline seriously — would treat both Western and non-Western philosophy as the regional inflections of a global phenomenon.

When we say “West” we mean, ordinarily, Europe, along with its recent extension into North America. Europe is, literally, a peninsula of Eurasia, comparable roughly in size, cultural diversity and civilizational antiquity to the Indian subcontinent. Certain significant things happened first in Europe rather than elsewhere, such as industrialization; other important things first appeared outside of Europe, such as movable type. Now it is of course very difficult to define “philosophy,” but if we think of it broadly as systematic reflection on the nature of reality and on humanity’s place in that reality, then it is clear that Europe can make no special claim to be the home of philosophy.

What Europe does claim is a certain tradition reaching back to Greek antiquity. But even that claim is in question. The “Greek miracle” is in the end only a historiographical artifact, a result of our habit of beginning our histories when and where we do, for there was always influence from neighboring civilizations. But whatever the complexities of the world in which Plato wrote, it is at least true that the subsequent tradition that would come to be called “Western” or “European” — with of course a long detour through Islamic Spain, North Africa, Persia and Central Asia, without which the Greek tradition would surely have died out — really does constitute, as Alfred North Whitehead put it, a “series of footnotes to Plato.” Seen from this perspective, the only reason to take European philosophy as the default tradition for our curricula is that it just happens to be, for contingent historical reasons, our tradition.

But nearly every subject taught in Western universities developed in large part out of the Western intellectual tradition, yet this legacy has not prevented any discipline other than philosophy from aspiring to an objective, global and, I dare say, scientific perspective on its object of study, free of the idea that the European instance of it is something special in the history of humanity.

Now, a large part of the difficulty of thinking of Western philosophy as one tradition among others has to do with the fact that many if not most of its practitioners reject the idea that what they do is essentially bound to the discipline’s past. Philosophy is conceived on the model of the sciences, which are indeed free to ignore disproven theories from long ago, and thus to ignore not just, say, ancient China, but early modern Europe as well. In this respect the history of ancient Chinese philosophy is doubly peripheral, not just because of Eurocentrism, but also because of presentism, a lack of interest in history in general. This stems from the fact that philosophy, modeling itself after the sciences, believes it is closer to the truth than it was in the past, and that if a theory is not true there is little reason to spend much time on it.

I will not argue against this view of philosophy here. But I will point out that it does make the current situation of philosophy, when considered from a global perspective, fairly difficult to comprehend. Chinese and American polymer researchers speak exactly the same language when they are doing their job, and there was never any danger that A. Q. Khan’s development of Pakistan’s nuclear program would be slowed down by cultural differences in the understanding of uranium enrichment. With philosophy, however, it is plainly a different story.

In the developing world in particular, the version of philosophy put forward — be it French or Anglo-American in character, or entirely home-grown — has very much to do with the country’s broader project of national identity construction. In Iran, Islamic philosophy is given priority; in Turkey, at least until recently, there was scarcely any mention of local or regional traditions in the university philosophy curriculum, but only a fervent devotion to a vision of philosophy principally concerned with analysis of the language and methodology of science. Now one can’t say — or at least I’m not prepared to say — that Iran is doing things wrong, as one might if they were to teach medieval Islamic alchemy in their chemistry departments. The difference is that philosophy is simply not like science; it is much more intricately wrapped up in cultural legacies (some have argued that science is just another cultural practice too, but I’m not prepared to say that either). Much of the difficulty of taking a rigorous and serious approach to the teaching and study of non-Western philosophy in Western philosophy departments is that many philosophers remain attached to the article of faith that philosophy is something independent of culture.

G. W. Leibniz, writing in the early 18th century on the future course of Sino-European relations, suggested evocatively that “the commerce of light,” which is to say of illumination, or knowledge, always piggy-backs on the commerce of goods. Indeed, the past 2000 years reveal a fairly close correspondence between the global centers of economic activity and the centers of intellectual production. Most tellingly, Europe becomes the principle locus of philosophical and scientific activity only when it comes to dominate the global economy through the conquest of the New World and the consequent shifting of the economic center of the world from Asia to Europe.

It is no secret that the center is shifting once again, this time toward the Pacific. A bit of historical perspective makes it easy to see that this shift will have consequences for our understanding of what philosophy is, and of who gets to define the set of questions with which it is concerned.

The West has an extremely rich philosophical tradition — one of the two or three richest, in fact — and it is eminently worthy of preservation and transmission to future generations. But its richness has always been a result of its place as a node in a global network through which ideas and things are always flowing. This was true in 500 B.C. and is no less true today. Increasingly, moreover, this interconnectedness is something that is not only of interest to the antiquarian trivia collector who can’t wait to tell you where the printing press really comes from. It is fast becoming the defining fact about our geopolitcal reality. In this reality, Western academic philosophy will likely come to appear utterly parochial in the coming years if it does not find a way to approach non-Western traditions that is much more rigorous and respectful than the tokenism that reigns at present.

This article originally appeared in the New York Times’ Opinionator.