What is the Bhaktivinoda Parivara? 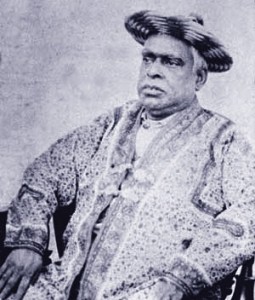 Since the time of Srila Bhaksiddhanta Saraswati Thakura, those in his lineage have been taught to see themselves as members of the Bhaktivinoda parivara, or the family of Bhaktivinoda Thakura. In looking on the Thakura as our founding father in this regard, it behooves us to try to understand him and his vision deeply and thereby understand what it truly means to self-identify as a lineage stemming from him.

Of course, the Thakura’s concrete accomplishments alone are astounding. His role in reinvigorating Gaudiya Vaishnavism and in many ways initiating its interface with modernity can never be downplayed. In the auspicious invocation to his commentary on Bhaktivinoda’s songbook, Saranagati, Srila Bhakti
Raksaka Sridhara Deva Goswami encapsulates Bhaktivinoda’s contributions as follows:

With great joy I perpetually bow to Srila Bhaktivinoda Thakura, who has given us sri guru (Srila Bhakti Siddhanta Saraswati Thakura), bestowed countless scriptures of Gaudiya Vaishnavism (which rep­res­ent the com­pre­hens­ive and con­densed essence of revealed truth), and revealed the abode of Sriman Mahaprabhu. He is the giver of the holy name (the proper con­cep­tion of the name), the granter of pure devo­tion, and the bestower of an abund­ance of divine for­tune.

In other words, he gave us everything.

At the same time, Bhaktivinoda’s significance is not ‘only’ that he gave us the above-mentioned blessings, but he did so in such a way as to lay the groundwork for Gaudiya Vaishnavism to be an enduringly relevant and practicable tradition in a world that is (one some level) rapidly shifting, both physically and conceptually. While it may seem like these two aspects—the dissemination of the teachings and their long-term applicability to people and their practice—are one and the same, this is not necessarily the case. In fact, the two often struggle to align.

In the introduction to his magnum opus, Systematic Theology, Paul Tillich writes:

Theology moves back and forth between two poles, the eternal truth of its foundation and the temporal situation in which the eternal truth must be received. Not many theological systems have been able to balance these two demands perfectly. Most of them either sacrifice elements of the truth or are not able to speak to the situation. Some of them combine both shortcomings.

This oscillating between poles is the labor of love that acaryas give themselves to, ever-navigating a thin line between timelessness and timeliness. In this endeavor, I would contend that ‘perfection’ is ultimately defined by the presence of pure motive within the heart. This is because any presentation of the teachings will always only resonate with some of the people, and all teachings, no matter how pure, will be distorted by some as well. Thus we find different acaryas approaching this task differently, incorporating varying degrees of innovative explanations and practices in accord with their best assessment of how to do so. Some will feel it more pertinent to err toward one pole over the other. Provided they are moved by intense devotion within their hearts, all such differences are faultless. Nonetheless, we find some acaryas manage to negotiate this dynamic tension in such a way that not only do they successfully convey the eternal truth (timelessness) in a way that “speaks to the situation” (timeliness), but their presentation continues to speak to the situation, far beyond its initial setting. They become almost timelessly timely.

We find such an extraordinary feat in the teachings of Srila Bhaktivinoda Thakura. The Thakura, like every acarya, gave specific explanations, practices, etc. for his time, but over and above that, he gave a model for dynamic, nonsectarian thinking about the tradition, through which a variety of practices and differences among Gaudiya sects (and beyond) could be appreciated and not become a burden to future generations, who themselves would need to think dynamically.

By founding our family in the way he did, Bhaktivinoda established from the get-go the absolute necessity for dynamism, non-sectarianism, and deep, essential individual and collective spiritual engagement. He taught us what was and was not bhakti, going beyond the standard exclusion of desire for enjoyment (bhukti) and liberation (mukti) and looking critically upon the scripture with a willingness to break with literal readings of anything that did not have bearing on suddha-bhakti. In other words, he set an example for us of the kind of quintessential orientation that would be required to continue to “speak to the situation.” This trait of his has only become more pertinent and needed as science has continued to develop and the world has become increasingly influenced by materialistic philosophies (not to suggest that the two are inherently linked). Unfortunately, too few have risen to the occasion.

While the principle and practice of saragrahi (essential) Vaishnavism is thriving in the hearts and lives of all saranagatas, it is a thread that runs more overtly through all of Bhaktivinoda’s teachings. In honoring his divine legacy on the day of his tirobhava we should implore him for his grace in bringing such essentialism into our own lives and practice; that we may come to a point where our path suddenly widens, we become able to derive insight and inspiration from many sources, and we are imbued with a sincere compassion that removes the ulterior motives present even in our attempts to share Mahaprabhu’s teachings with others.

It is said colloquially that the parents live on in their children, and although today marks the commemoration of Bhaktivinoda Thakura’s disappearance, by his grace and that of his successors we can play some part in carrying on their legacy, recognizing that its very nature is such that this continuation is unlikely to appear just as it did in the past or the same in all places in the present.

In closing, we offer an excerpt deliberating on the nature of sectarianism from Srila Bhaktivinoda Thakura’s Sri Krishna Samhita:

Sectarianism is a natural byproduct of the Absolute Truth. When acaryas first ascertain and instruct the truth, it is not polluted with sectarianism. But the rules and regulations received through disciplic succession regarding the goal and the method of achieving it are changed in due course of time according to the mentality and locale of the people. A rule that is followed by one society is not necessarily accepted in another society. That is why one community is different from another.

As a community gradually develops more respect for its own standards, it develops hatred towards other communities and considers their standards inferior. These sectarian symptoms are seen in all countries since time immemorial. This is prominent amongst neophytes and found to some extent amongst madhyama-adhikaris. Amongst uttama-adhikaris, however, there is no trace of sectarianism. Adherence to a particular standard is the prominent symptom of a society. […] Differences that arise from places, times, languages, behaviors, foods, dresses, and natures of various communities are incorporated within people’s spiritual practices and gradually make one community so completely different from another community that even the consideration that everyone is a human being may cease to exist. Due to these differences there is disagreement, cessation of social intercourse, and fighting, even up to the point of killing on another. When an asslike mentality becomes prominent within the kanishta-adhikaris, they certainly indulge in these things. But if they develop a swanlike mentality, then they do not take part in quarrels; rather, they endeavor to attain a higher level.

30 Responses to What is the Bhaktivinoda Parivara?