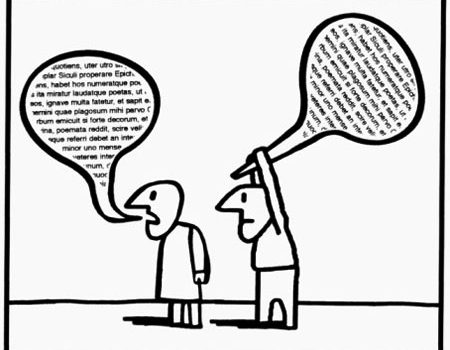 Cultivating a Culture of Debate 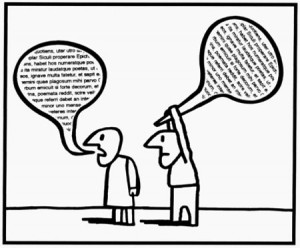 About 12 years ago, while studying Arabic in Cairo, I became friends with some Egyptian students. As we got to know each other better we also became concerned about each other’s way of life. They wanted to save my soul from eternally burning in hell by converting me to Islam. I wanted to save them from wasting their real life for an illusory afterlife by converting them to the secular worldview I grew up with. In one of our discussions they asked me if I was sure that there is no proof for God’s existence. The question took me by surprise. Where I had been intellectually socialized it was taken for granted that there was none. I tried to remember Kant’s critique of the ontological proof for God. “Fine,” Muhammad said, “but what about this table, does its existence depend on a cause?” “Of course,” I answered. “And its cause depends on a further cause?” Muhammad was referring to the metaphysical proof for God’s existence, first formulated by the Muslim philosopher Avicenna in the 11th century: since an infinite regress of causes is impossible, Avicenna argues, things that depend on a cause for their existence must have something that exists through itself as their first cause. And this necessary existent is God. I had a counter-argument to that to which they in turn had a rejoinder. The discussion ended inconclusively.

I did not convert to Islam, nor did my Egyptian friends become atheists. But I learned an important lesson from our discussions: that I hadn’t properly thought through some of the most basic convictions underlying my way of life and worldview — from God’s existence to the human good. The challenge of my Egyptian friends forced me to think hard about these issues and defend views that had never been questioned in the European student milieu where I came from.

The other thing I realized was how contested my views were. I completed high school in a West German town in 1990 in the middle of Germany’s turbulent reunification (I ended my final exam in history describing the newest political developments I had heard on the radio that same morning). For a few years after the breakdown of the Soviet bloc many thought that everyone would be secular and live in a liberal democracy before long. The discussions with my Egyptian friends brought home that I better not hold my breath.

Since that time I have organized philosophy workshops at a Palestinian university in East Jerusalem, at an Islamic university in Indonesia, with members of a Hasidic community in New York, with high school students in Salvador da Bahia (the center of Afro-Brazilian culture), and in a First Nations community in Canada. These workshops gave me first-hand insight into how deeply divided we are on fundamental moral, religious and philosophical questions. While many find these disagreements disheartening, I will argue that they can be a good thing — if we manage to make them fruitful for a culture debate.

Can we be sure that our beliefs about the world match how the world actually is and that our subjective preferences match what is objectively in our best interest? If the truth is important to us these are pressing questions.

We might value the truth for different reasons: because we want to live a life that is good and doesn’t just appear so; because we take knowing the truth to be an important component of the good life; because we consider living by the truth a moral obligation independent of any consequences; or because, like my Egyptian friends, we want to come closer to God who is the Truth (al-Haqq in Arabic, one of God’s names in Islam). Of course we wouldn’t hold our beliefs and values if we weren’t convinced that they are true. But that’s no evidence that they are. Weren’t my Egyptian friends just as convinced of their views as I was of mine? More generally: don’t we find a bewildering diversity of beliefs and values, all held with great conviction, across different times and cultures? If considerations such as these lead you to concede that your present convictions could be false, then you are a fallibilist. And if you are a fallibilist you can see why valuing the truth and valuing a culture of debate are related: because you will want to critically examine your beliefs and values, for which a culture of debate offers an excellent setting.

Of course we don’t need to travel all the way to Cairo to subject our beliefs and values to critical scrutiny; in theory we can also do so on our own. In practice, however, we seem to need some sort of unsettling experience that confronts us with our fallibility, or, as the great Muslim thinker al-Ghazâlî (d. 1111) puts it in his intellectual autobiography “The Deliverance from Error,” that breaks the “bonds of taqlîd” — the beliefs and values stemming from the contingent circumstances of our socialization rather than from rational deliberation.

In his own case, al-Ghazâlî writes, the bonds of taqlîd broke when he realized that he would have been just as fervent a Jew or Christian as he was a Muslim, had he been brought up in a Jewish or Christian community. He explains taqlîd as the authority of “parents and teachers,” which we can restate more generally as all things other than rational argument that influence what we think and do: from media, fashion and marketing to political rhetoric and religious ideology.

The problem of taqlîd (or what social psychologists today call “conformism”) has a long history. Socrates explained the need for his gadfly mission by comparing Athenian citizens to a “sluggish” horse that “needed to be stirred up.” Note that philosophers, too, fall prey to taqlîd. Galen, the second century Alexandrian doctor and philosopher, complained that in his time Platonists, Aristotelians, Stoics and Epicureans simply “name themselves after the sect in which they were brought up” because they “form admirations” for the school founders, not because they choose the views supported by the best arguments.

If we take taqlîd to be a fact about human psychology and agree that it is an undesirable state to be in — at least when it comes to the core convictions that underlie our way of life and worldview — then we should particularly welcome debates across cultural boundaries. For if we engage someone who does not share the cultural narratives we were brought up in (historical, political, religious etc.), we cannot rely on their authority, but are compelled to argue for our views — as I had to in my discussions with Egyptian students in Cairo. Consider a theological debate in the multicultural world of medieval Islam, described by the historian al-Humaydi (d. 1095):

At the […] meeting there were present not only people of various [Islamic] sects but also unbelievers, Magians, materialists, atheists, Jews and Christians, in short unbelievers of all kinds. Each group had its own leader, whose task it was to defend its views […]. One of the unbelievers rose and said to the assembly: we are meeting here for a debate; its conditions are known to all. You, Muslims, are not allowed to argue from your books and prophetic traditions since we deny both. Everybody, therefore, has to limit himself to rational arguments [hujaj al-‘aql]. The whole assembly applauded these words.

We can consider ourselves lucky to live at a time in which societies are becoming increasingly heterogeneous and multicultural and globalization forces us to interact across national, cultural, religious and other boundaries; for all this is conducive to breaking the bonds of taqlîd.

Of course diversity and disagreement on their own are not sufficient to bring about a culture of debate (otherwise the Middle East, the Balkans and many other places would be philosophical debating clubs!). Instead they often generate frustration and resentment or, worse, erupt in violence. That’s why we need a culture of debate. In my view, the last years of high school are the best place to lay the groundwork for such a culture.

The high school curriculum already includes subjects such as evolution, which are much more controversial than the skills required for engaging difference and disagreement in a constructive way. To provide the foundation for a culture of debate, the classes I have in mind would focus on two things: conveying techniques of debate — logical and semantic tools that allow students to clarify their views and to make and respond to arguments (a contemporary version of what Aristotelians called the Organon, the “toolkit” of the philosopher). And cultivating virtues of debate — loving the truth more than winning an argument, and trying one’s best to understand the viewpoint of the opponent.

When we can transform the disagreements arising from diversity into a culture of debate, they cease to be a threat to social peace. I now live in Montréal, one of the world’s most multicultural cities. When a couple of years ago I had to see a doctor, the receptionist was from China, in the waiting room I sat between a Hasidic Jew and a secular Québécois couple, the doctor who attended me was from Iran, and the nurse from Haiti. This was an impressive example of how Canadians, despite their deep moral, religious, and philosophical differences, can work together to provide the basic goods and services that we all need irrespective of our way of life and worldview.

But while I certainly didn’t want to get into a shouting match about God’s existence in the doctor’s office, or wait for treatment until everyone had agreed on how to live, I see no reason why we should ignore our differences altogether. Some advocates of multiculturalism ask us to celebrate, rather than just tolerate, diversity, as if our differences weren’t a reason for disagreement in the first place, but something good and beautiful — a multicultural “mosaic”! Others argue that our moral, religious, and philosophical convictions shouldn’t leave the private sphere. A good example is French laïcité: you are a citoyen in public and a Jew, Christian, or Muslim at home. Both models try to remove our reasons for objecting to beliefs and values we don’t share — one tries to remove them altogether, the other tries at least to keep them out of sight. A culture of debate, on the other hand, allows us to engage our differences in a way that is serious, yet respectful and mutually beneficial.

Some object that a culture of debate is of no value to religious citizens. Don’t they take God’s wisdom to be infallible, claim to have access to it through revelation, and accept its contents on faith rather than arguments? Yet a brief look at the history of religions shows that plenty of arguing was going on about how to understand God’s wisdom — within a religious tradition, with members of other religious traditions and, more recently, with secular opponents. Al-Ghazâlî for one writes how, after the bonds of taqlîd were broken, he “scrutinized the creed of every sect” and “tried to lay bare the inmost doctrines of every community” in order to “distinguish between true and false.”

The rich philosophical literatures we find in Judaism, Christianity, and Islam, as well as in the Eastern religious traditions offer plenty of resources for a culture of debate. The privatization of moral, religious, and philosophical views in liberal democracies and the cultural relativism that often underlies Western multicultural agendas are a much greater obstacle to a culture of debate than religion. My friends in Cairo at any rate, and the participants in the workshops I subsequently organized, all enjoyed arguing for their views and criticizing mine.

This article originally appeared on the Opinionator.

6 Responses to Cultivating a Culture of Debate