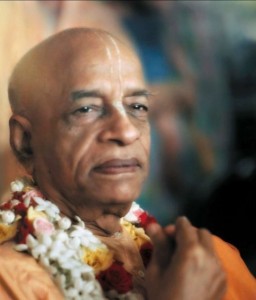 In Bhakti-rasamrta Sindhu, Srila Rupa Goswami famously defines superlative devotion (uttama bhakti) first and foremost as favorable service that is pleasing to Krishna. Among other things, this reveals a subtle yet crucial fact about bhakti: it has an outer form and an inner essence, the latter being primary. When Krishna would fight with his rivals, he enjoyed doing so, and his rivals certainly had Krishna as the object of their energy (krsnanusilanam). But such fighting was not bhakti because those rivals did not engage with Krishna in a favorable mood (anukulyena). Conversely, when Yasoda devi, out of love, stopped breastfeeding Krishna and placed him down to tend to the special milk she was preparing for him on the stove, Krishna was apparently very displeased. Although in the first case Krishna was enjoying himself but not experiencing bhakti-rasa, in the second instance he was seemingly upset, while actually being joyfully immersed in rasa as the object (visaya-alambana) of Yasoda’s parental love (vatsalya prema). While bhakti must be pleasing to Krishna, it may not always appear so. What determines it is the presence or absence of the proper loving motive. Such is the glorious internal nature of bhakti, resulting in the cautioning observation that even for the learned it is difficult to understand the behavior of a Vaishnava.

When we grasp this aspect of Krishna bhakti tattva, we must similarly apply it to our guru bhakti, in order that that devotion too can become uttama. Fortified with spiritual knowledge, we must learn to discern between the form and the substance of sri guru’s instructions.

Srila Prabhupada bombarded the world with the good tidings of Sri Caitanya Mahaprabhu. Crossing the ocean in his old age, he accomplished the impossible in a twelve-year whirlwind that circled the world numerous times, touching down in an ever-increasing number of locations to establish and spread the message of his lineage (guru-parampara). Throughout these twelve years of pioneering, Srila Prabhupada was faced with so many diverse and relatively unprecedented situations and, correspondingly, issued many diverse and unprecedented instructions. These instructions, the bulk of which have been preserved meticulously, have spawned many ideas as to what is at the heart of serving Srila Prabhupada now and into the future. With varying degrees of popularity, ideas such as the distribution of Prabhupada’s books, the establishing of varnashrama (or some newly fashioned version of it), or the perpetuation of the society Prabhupada established each vie to be the defining element of Prabhupada’s legacy. But to discern the essence of service to Srila Prabhupada one must only discern the essence of his teaching, conveyed loyally as it was in guru-parampara, and adherence to which was the only ground in which Prabhupada ever staked his authority.

How was Srila Prabhupada loyal to his guru? What form did his fidelity take? He did not seek to make the propagation of Prabhupada Bhaktisiddhanta’s books the central endeavor of his life, nor did he devote inordinate energy to uniting the fracturing institution of his beloved Guru Maharaja. Srila Prabhupada simply immersed himself in devotion to guru and Gauranga, making himself, by his spiritual accomplishment, part of the legacy of Srila Bhaktisiddhanta, a legacy that is made up of all such surrendered devotees of Saraswati Thakura, all of whom served the same objective as his books and institution, even while publishing and establishing their own. These illustrious souls seemingly placed themselves in the forefront and eclipsed Srila Bhaktisiddhanta, especially Srila Prabhupada, even to the point of assuming the same title as his Guru Maharaja. The fidelity of the parampara is thus one of substance, not of external form. The tradition is innovation, and Srila Prabhupada innovated in no small measure, as did Srila Bhaktisiddhanta.

Looking on the present day with all these things in mind, we too must be seeking to serve the essence, to separate the spiritual wheat from the chaff so that we may engage in bhakti proper. The teaching of the parampara has always been that the parampara itself is the very mechanism by which one serves the previous acaryas. Through the parampara we are able to understand what the previous guru truly wanted in his time and for the present, and devote our energy accordingly. Thus we do not find our acaryas themselves often focusing on the specific instructions of their predecessor gurus or earlier luminaries. Rather we find that each successive generation endeavors to serve their immediate gurus, adjusting details as needed, and through that service remain confident of, and enthusiastic about, their connection to the entire parampara. Indeed, Krishna prefers service to one’s guru over service to himself.

This is guru bhakti in essence, and just like Krishna bhakti, it is not always easy to discern through a superficial or uninformed analysis. Chanting Prabhupada’s name loudest and most frequently is no meaningful indicator of fidelity, just as not doing so is no indicator of deviation. What may appear to be neglect of Prabhupada’s teachings, like Mother Yasoda’s apparent neglect of Krishna, may actually be the most substantial perpetuation of them, a fact that emerges through proper sambandha obtained through ongoing connection to the parampara.

So how do we serve Srila Prabhupada now? The answer is right under our noses (which is one of the reasons some hesitate to acknowledge it). The only way to carry on after a guru’s departure is by serving the parampara. For a qualified few of each generation, serving the parampara will mean becoming the guru, but for the overwhelming majority it will mean finding a guru to serve and doing so with confident enthusiasm that he or she represents all that the previous acaryas sought to accomplish. The difficulty (and the sweetness) lies in the fact that the previous acaryas will always seem larger than the current. It is not possible to completely ignore the human side of a present acarya, whereas past acaryas can be viewed exclusively on the basis of their larger-than-life accomplishments, omitting their personality and the quirks that make them that much more wonderful in the hearts of those who love them. Ironically, their being less accessible and seemingly more opulent makes us feel more secure in reposing our faith in them, when it is the current acarya—the small lens of the telescope—that is most capable of revealing our ideal. If we demand to look through the large lens, our vision will be obscured and we will come away with nothing more than a headache.

We should not think that Srila Prabhupada does not have a special place in our lives or in history, but we must understand what that means in practice. We should pray for Prabhupada’s assistance in serving the parampara and look for that assistance to come in the form of a competent attendant who can guide is in our understanding of Prabhupada and other past acaryas and how to serve them. To serve Srila Prabhupada in any other manner, no matter how Prabhupada-centric such service might appear or how frequently his name might be invoked, is to serve him less directly than by devoting oneself entirely to another representative of that timeless and subtle wealth of prema bhakti.