Do We Have Souls? 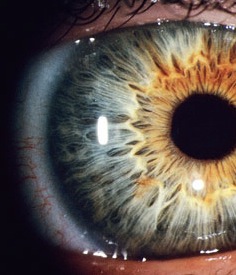 Plato taught that the soul is a simple immaterial thing that relates to the human body (brain included) as a captain to a ship. The person isa soul, the bearer of all psychological capacities and the fount of purposive action. It has a body as a vehicle for acting upon this world, until death severs its ties and it continues on forever, as something that is naturally indestructible and so immortal. Recent evidence suggests that Plato wasn’t spinning out an entirely novel idea. People, it seems, are ‘natural-born dualists,’ natively disposed to think of themselves as entirely separable from their bodies. But others have thought differently about the soul. Plato’s own, more empirically-minded student Aristotle held that the human soul is the distinctive ‘form’ of the human body, different in kind from the souls of other living things in conferring capacities such as rationality. However, at death, the organization of the body breaks down and so with it the soul, the living body’s form, ceases to be.

Zoom ahead from ancient Athens to 17th century Europe. Many took the success of the new mechanistic and reductionistic approach to physics to leave one with two stark options regarding the soul. The first, argued by Descartes, is a softened variant of Plato’s mind-body dualism. The material world ultimately consists in material particles wholly governed by mechanical laws of motion. The human soul is an immaterial substance, but (departing from Plato) its existence and proper functioning intimately depends, causally, on the healthy functioning of the brain. It is not naturally immortal; if it survives death, it must be a consequence of God’s sustaining it apart from the body. We still have a sharp dualism: bodies large and small generally operate according to principles distinct in kind from those according to which souls/minds do. Their convergence in the human brain has to be taken as a brute given, a contingent connection perhaps established by the power of God. The other option, one that grew in popularity over time, was de la Mettrie’s reductive image of ‘man a machine.’ It is essentially Descartes’ picture of reality minus souls. According to it, human persons, no less than inanimate chunks of the physical world, can be entirely understood (in principle) in terms of the interactions of the body’s basic parts. Psychological states that Descartes assigned to the soul are here taken either to be epiphenomenal—having no influence on other psychological states or bodily behavior—or as (somehow) consisting in complex states of the brain.

Many contemporary thinkers follow de la Mettrie in dismissing philosophical and religious talk of “the soul” as having no place within our ever-growing scientific knowledge concerning the embodied natures of human persons. But insofar as there is more than one notion of the soul, it may be no less misleading to state simply that there “is no such thing as the soul” than it would be to affirm its existence without qualification—one may be taken to deny not only unwanted associations but also others that one embraces or (as I will suggest) should embrace. Let us take a different, rehabilitative tack and use the word “soul” as a placeholder for whatever underlies the constellation of capacities of thought, emotion, and agency that we observe in mature, fully functioning human beings. Then our question shifts from the categorical Do we have souls? to the open-ended What is the nature of ‘the’ soul (or ‘ensoulment’) and its current and future limits? This way of posing our question invites us to consider answers lying between the extremes offered by Descartes and de la Mettrie.

With many, I take mind-body dualism of Descartes’ sort to be implausible. We have had an explosion of relevant information from evolutionary and developmental biology and cognitive neuroscience. This information, while still incomplete and only imperfectly understood, sheds light on the deep natural history of humans and present-day animals; the processes by which individual organisms of any species develop from inception to maturity; some of the function-specific neural structures and processes that sustain and help regulate the unfolding first-person perspective of conscious agents; and finally, observed correlations between increasing complexity of neural structures and increased psychological complexity (in organismic development and across sentient species). This information does not comport well with the two-substance or dualist metaphysical account of human persons. The fundamental problem is that our sciences point to highly continuous processes of increasing complexity, but the two-substance account requires the supposition of abrupt discontinuity. The coming to be at a particular point in time of a new substance with a suite of novel psychological capacities (awaiting only physical maturation in the body in order to become activated) would be a highly discontinuous development, both in large-scale bio-geological time and within the development of individual organisms.

However, de la Mettrie’s reductionist vision is even less plausible than mind-body dualism: conscious states of experience, thought, emotion, and purposive agency are our most immediately accessible empirical phenomena, and consequently they lie at the root of all our understanding of the world around us. We are not simply given the world to our understanding; we are given most immediately our experiences of it. To deny this givenness is to cut off the branch on which scientific understanding sits. And, while not self-defeating, the claim that all such experiential and belief states and purposive intendings just are enormously complex neural states or processes is also deeply implausible. We have direct, first-personal acquaintance with properties of these states that are manifestly different in kind from the hierarchically-structured physico-chemical properties of the brain states that are the most plausible candidates for such an identification. Just consider the feeling of a sharp pain or of coming to understand a complex scientific idea; how a red rose looks to you in bright sunlight and then later at dusk; the confident, considered belief that Beijing is the capital city of China; the thought that it is doubtful that there is life on Mars; and your conscious decision to pick up some milk on the way home. Each of these conscious states have distinctive intrinsic features, immediately apprehended by their subject, that in no way resemble the sorts of features science attributes to complex neural states.

3 Responses to Do We Have Souls?