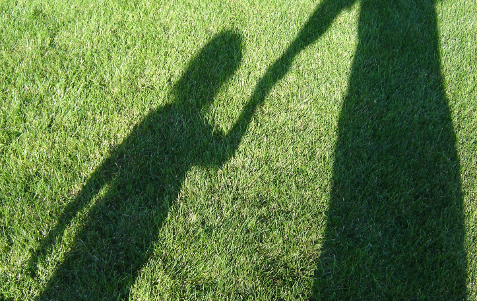 Our Loved Ones Become Ourselves

A new study has confirmed that humankind’s capacity for love and friendship sets us apart from all other species. Researchers at University of Virginia have found that humans are hardwired to empathize with those close to them at a neural level.

Interestingly, the ability to put yourselves in another person’s shoes depends drastically on whether the person is a stranger or someone you know. The study titled “Familiarity Promotes the Blurring of Self and Other in the Neural Representation of Threat” appears in the August issue of the journal Social Cognitive and Affective Neuroscience.

According to researchers, the human brain puts strangers in one bin and the people we know in another compartment. People in your social network literally become entwined with your sense of self at a neural level. “With familiarity, other people become part of ourselves,” said James Coan, a psychology professor in University of Virginia’s College of Arts & Sciences who used functional magnetic resonance imaging brain (fMRI) scans to find that people closely correlate people to whom they are attached to themselves.

Humans have evolved to have our self-identity become woven into a neural tapestry with our loved ones. James Coan said, “Our self comes to include the people we feel close to. This likely is because humans need to have friends and allies who they can side with and see as being the same as themselves. And as people spend more time together, they become more similar.”

To test this hypothesis, Coan and his colleagues conducted a study with 22 young adult participants who underwent fMRI scans of their brains during experiments to monitor brain activity while under threat of receiving mild electrical shocks to themselves versus a shock to a friend or a stranger.

The researchers found that regions of the brain responsible for threat response – the anterior insula, putamen and supramarginal gyrus – became active under threat of shock to the self and to the threat to a friend. However, when the threat of shock was to a stranger, these brain areas showed minimal activity. When the threat of shock was to a friend, the brain activity of the participant was basically identical to the activity displayed under threat to the self.
“The correlation between self and friend was remarkably similar,” Coan said. “The finding shows the brain’s remarkable capacity to model self to others; that people close to us become a part of ourselves, and that is not just metaphor or poetry, it’s very real. Literally we are under threat when a friend is under threat. But not so when a stranger is under threat.”

“It’s essentially a breakdown of self and other; our self comes to include the people we become close to,” Coan said. “If a friend is under threat, it becomes the same as if we ourselves are under threat. We can understand the pain or difficulty they may be going through in the same way we understand our own pain.”

2 Responses to Our Loved Ones Become Ourselves