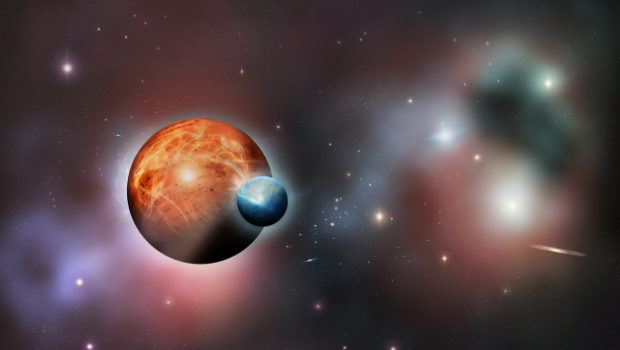 Is the Universe a Simulation? 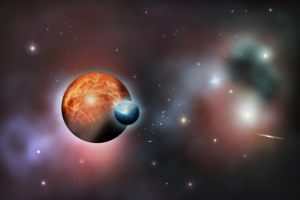 By Edward Frenkel, originally published in The New York Times.

If Pythagoras had not lived, or if his work had been destroyed, someone else eventually would have discovered the same Pythagorean theorem. Moreover, this theorem means the same thing to everyone today as it meant 2,500 years ago, and will mean the same thing to everyone a thousand years from now — no matter what advances occur in technology or what new evidence emerges. Mathematical knowledge is unlike any other knowledge. Its truths are objective, necessary and timeless.

What kinds of things are mathematical entities and theorems, that they are knowable in this way? Do they exist somewhere, a set of immaterial objects in the enchanted gardens of the Platonic world, waiting to be discovered? Or are they mere creations of the human mind?

This question has divided thinkers for centuries. It seems spooky to suggest that mathematical entities actually exist in and of themselves. But if math is only a product of the human imagination, how do we all end up agreeing on exactly the same math? Some might argue that mathematical entities are like chess pieces, elaborate fictions in a game invented by humans. But unlike chess, mathematics is indispensable to scientific theories describing our universe. And yet there are many mathematical concepts — from esoteric numerical systems to infinite-dimensional spaces — that we don’t currently find in the world around us. In what sense do they exist?

Many mathematicians, when pressed, admit to being Platonists. The great logician Kurt Gödel argued that mathematical concepts and ideas “form an objective reality of their own, which we cannot create or change, but only perceive and describe.” But if this is true, how do humans manage to access this hidden reality?

We don’t know. But one fanciful possibility is that we live in a computer simulation based on the laws of mathematics — not in what we commonly take to be the real world. According to this theory, some highly advanced computer programmer of the future has devised this simulation, and we are unknowingly part of it. Thus when we discover a mathematical truth, we are simply discovering aspects of the code that the programmer used.

This may strike you as very unlikely. But the Oxford philosopher Nick Bostrom has argued that we are more likely to be in such a simulation than not. If such simulations are possible in theory, he reasons, then eventually humans will create them — presumably many of them. If this is so, in time there will be many more simulated worlds than nonsimulated ones. Statistically speaking, therefore, we are more likely to be living in a simulated world than the real one.

Very clever. But is there any way to empirically test this hypothesis?

Indeed, there may be. In a recent paper, “Constraints on the Universe as a Numerical Simulation,” the physicists Silas R. Beane, Zohreh Davoudi and Martin J. Savage outline a possible method for detecting that our world is actually a computer simulation. Physicists have been creating their own computer simulations of the forces of nature for years — on a tiny scale, the size of an atomic nucleus. They use a three-dimensional grid to model a little chunk of the universe; then they run the program to see what happens. This way, they have been able to simulate the motion and collisions of elementary particles.

But these computer simulations, Professor Beane and his colleagues observe, generate slight but distinctive anomalies — certain kinds of asymmetries. Might we be able to detect these same distinctive anomalies in the actual universe, they wondered? In their paper, they suggest that a closer look at cosmic rays, those high-energy particles coming to Earth’s atmosphere from outside the solar system, may reveal similar asymmetries. If so, this would indicate that we might — just might — ourselves be in someone else’s computer simulation.

Are we prepared to take the “red pill,” as Neo did in “The Matrix,” to see the truth behind the illusion — to see “how deep the rabbit hole goes”? Perhaps not yet. The jury is still out on the simulation hypothesis. But even if it proves too far-fetched, the possibility of the Platonic nature of mathematical ideas remains — and may hold the key to understanding our own reality.

2 Responses to Is the Universe a Simulation?