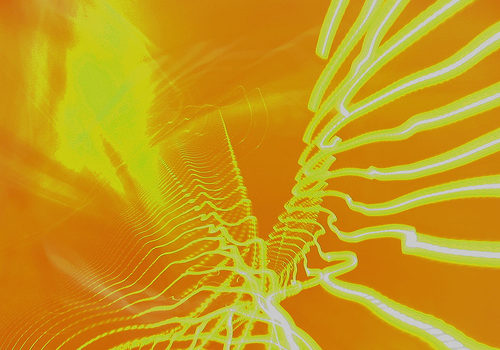 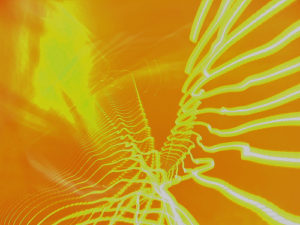 One aspect of life that we come across all the time is that of contradiction. For example, in society we want to balance the two opposing elements of individual freedom and societal order, yet one generally comes at the cost of the other. The entire subject of macroeconomics seeks to adjust the contradictory requirements of low inflation and high growth rate, and the current economic crisis is a testament to the Herculean nature of such a task.

Some may argue that the need to balance out contradictory elements is an unnecessary one and that there is no utopian existence where opposing elements can co-exist together. But with the inception of quantum mechanics, some puzzling things were found in material nature, which seem to suggest otherwise. At the subatomic level, the complementary states of wave and particle exist in superposition with each other. Depending on the action of the observer, either of these states can manifest exclusively, but the state cannot be determined before the action of the observer. Such discoveries are problematic because, according to classical logic, which has its roots in Aristotelian thought, an element cannot be a member of a set and its complement at the same time. For example, an object cannot be an orange and not be an orange simultaneously. Through this ‘reasonable’ logic we arrive at distributive laws. Most of classical physics is based on this logic, but in order to accommodate the perplexing phenomena that arise in quantum mechanics experiments, the field of quantum logic was opened up. Still, people have yet to come to terms with quantum mechanics via their logic and reason.

We face similar difficulties when we deal with the relationship between God, material nature, and individual souls. Is there complete unity between all of them, or is there duality? This perennial question has been answered differently in different metaphysical traditions, some preferring dualism and some monism.

According to Gaudiya Vaishnavism, neither of the two concepts does complete justice to the nature of the Absolute. In Gaudiya Vedanta, God is simultaneously one and different from his energies, including material nature and the individual soul. God has both transcendent and immanent features that co-exist together. The Gaudiya tradition proclaims that it is only by the inconceivable power of God, acintya-shakti, that these apparently contradictory attributes simultaneously exist in the Absolute. According to the nature and approach of the seeker of the Absolute—much like the observer in quantum mechanics—one can experience God as complete singular consciousness with no concept of the other, or one can experience him in a dynamic unity, wherein the aspirant enters into the play of God, one in will yet with individuality intact. The former is the experience of Brahman and the latter the experience of Bhagavan, or Krishna. Although the aspirant in the Gaudiya tradition prefers to have an experience of dynamic unity with the Absolute due to its unique charm and beauty, the experience of singular consciousness that many mystics in different traditions have talked about is also acknowledged in the tradition. There are detailed and subtle aspects of the Gaudiyas’ concept of dynamic unity that can be accessed by examining and participating in the tradition more deeply.

By his own will, Krishna, as he is addressed in the Gaudiya tradition, takes on a finite appearance to facilitate the exchange between the infinite Absolute and the finite soul. This finite form does not diminish his infinite nature, rather it enhances it, and the subsequent sweetness of the exchanges between Krishna and the individual souls enchant and captivate the hearts of many who come in touch with the Krishna conception. Contradiction is an indispensable part of the Gaudiya metaphysic. In the land of Vrindavan—the destination of the Gaudiya Vedantin, where Krishna plays with cowherd boys and maidens—there appears to be conflicts, fights, and activities that may appear  immoral from certain standpoints. Krishna, the supreme Absolute truth, who is the fountainhead of dharma, is seen stealing butter from neighbors and dancing with married girls during the pitch of midnight. Here lies the beauty of Vrindavan!

When we say that God is the source of everything, then even apparent evil or wrong behavior should find its proper function in relation to him. Hence, the greatest conception of transcendence is one in which supposedly negative elements are accommodated and harmonized, thereby enhancing the beauty of the Absolute. That is the Krishna conception in Vrindavan, as given by the Gaudiya mystics. Vrindavan is a plane of consciousness that can be approached only through self-sacrifice done without even spiritual calculation. Such self-sacrifice leads to the finite soul’s self-forgetfulness, which in turn promotes loving exchanges with Krishna, who is the infinite Absolute truth. The all-powerful, unconquerable Absolute becomes helpless in front of the selfless love of a finite soul! This is indeed a beautiful contradiction.