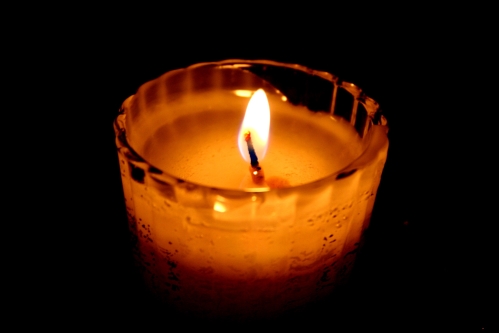 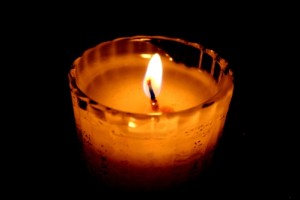 The reality of the soul is among the most important questions of life. Although religions go on and on about its existence, how do we know if souls really exist? A string of new scientific experiments helps answer this ancient spiritual question.

The idea of the soul is bound up with the idea of a future life and our belief in a continued existence after death. It’s said to be the ultimate animating principle by which we think and feel, but isn’t dependent on the body. Many infer its existence without scientific analysis or reflection. Indeed, the mysteries of birth and death, the play of consciousness during dreams (or after a few martinis), and even the commonest mental operations – such as imagination and memory – suggest the existence of a vital life force – an élan vital – that exists independent of the body.

Yet, the current scientific paradigm doesn’t recognize this spiritual dimension of life. We’re told we’re just the activity of carbon and some proteins; we live awhile and die. And the universe? It too has no meaning. It has all been worked out in the equations – no need for a soul. But biocentrism – a new ‘theory of everything’ – challenges this traditional, materialistic model of reality. In all directions, this outdated paradigm leads to insoluble enigmas, to ideas that are ultimately irrational. But knowledge is the prelude to wisdom, and soon our worldview will catch up with the facts.

Of course, most spiritual people view the soul as emphatically more definitive than the scientific concept. It’s considered the incorporeal essence of a person, and is said to be immortal and transcendent of material existence. But when scientists speak of the soul (if at all), it’s usually in a materialistic context, or treated as a poetic synonym for the mind. Everything knowable about the “soul” can be learned by studying the functioning of the brain. In their view, neuroscience is the only branch of scientific study relevant to understanding the soul.

Traditionally, science has dismissed the soul as an object of human belief, or reduced it to a psychological concept that shapes our cognition of the observable natural world. The terms “life” and “death” are thus nothing more than the common concepts of “biological life” and “biological death.” The animating principle is simply the laws of chemistry and physics. You (and all the poets and philosophers that ever lived) are just dust orbiting the core of the Milky Way galaxy.

As I sit here in my office surrounded by piles of scientific books, I can’t find a single reference to the soul, or any notion of an immaterial, eternal essence that occupies our being. Indeed, a soul has never been seen under an electron microscope, nor spun in the laboratory in a test tube or ultra-centrifuge. According to these books, nothing appears to survive the human body after death.

Our current worldview – the world of objectivity and naïve realism – is beginning to show fatal cracks. Of course, this will not surprise many of the philosophers and other readers who, contemplating the works of men such as Plato, Socrates and Kant, and of Buddha and other great spiritual teachers, kept wondering about the relationship between the universe and the mind of man.

Recently, biocentrism and other scientific theories have also started to challenge the old physico-chemical paradigm, and to ask some of the difficult questions about life: Is there a soul? Does anything endure the ravages of time?

Life and consciousness are central to this new view of being, reality and the cosmos. Although the current scientific paradigm is based on the belief that the world has an objective observer-independent existence, real experiments suggest just the opposite. We think life is just the activity of atoms and particles, which spin around for a while and then dissipate into nothingness. But if we add life to the equation, we can explain some of the major puzzles of modern science, including the uncertainty principle, entanglement, and the fine-tuning of the laws that shape the universe.

Consider the famous two-slit experiment. When you watch a particle go through the holes, it behaves like a bullet, passing through one slit or the other. But if no one observes the particle, it exhibits the behavior of a wave and can pass through both slits at the same time. This and other experiments tell us that unobserved particles exist only as ‘waves of probability’ as the great Nobel laureate Max Born demonstrated in 1926. They’re statistical predictions – nothing but a likely outcome. Until observed, they have no real existence; only when the mind sets the scaffolding in place, can they be thought of as having duration or a position in space. Experiments make it increasingly clear that even mere knowledge in the experimenter’s mind is sufficient to convert possibility to reality.

Many scientists dismiss the implications of these experiments, because until recently, this observer-dependent behavior was thought to be confined to the subatomic world. However, this is being challenged by researchers around the world. In fact, just this year a team of physicists (Gerlich et al, Nature Communications 2:263, 2011) showed that quantum weirdness also occurs in the human-scale world. They studied huge compounds composed of up to 430 atoms, and confirmed that this strange quantum behavior extends into the larger world we live in.

Importantly, this has a direct bearing on the question of whether humans and other living creatures have souls. As Kant pointed out over 200 years ago, everything we experience – including all the colors, sensations and objects we perceive – are nothing but representations in our mind. Space and time are simply the mind’s tools for putting it all together. Now, to the amusement of idealists, scientists are beginning dimly to recognize that those rules make existence itself possible. Indeed, the experiments above suggest that objects only exist with real properties if they are observed. The results not only defy our classical intuition, but suggest that a part of the mind – the soul – is immortal and exists outside of space and time.

“The hope of another life” wrote Will Durant “gives us courage to meet our own death, and to bear with the death of our loved ones; we are twice armed if we fight with faith.”

And we are thrice armed if we fight with science.