Wicked People See Faults in a Vaisnava in Three Ways

Pure Vaisnavas have no faults and therefore are above criticism. But those who do criticize them, blame them and vilify them wrongly are wicked. Such wicked persons hatefully criticize the Vaisnavas in the following three ways:

In this way, these heartless people lead themselves to their own doom by committing the wicked deed of blaspheming a Vaisnava. Therefore, in the book Namatattva-ratnamala, it is said:

“One should never reflect upon the faults of a bhakta—namely, those that were present in him before bhakti awakened in him, those that temporarily remain during the time when his heart is purified through his practice of bhakti, and those that may appear in him accidentally due to providence. One who reflects upon any of these faults, not with a good-hearted purpose but rather with slanderous intent, is a blasphemer of saints and is extremely degraded.”

Criticism of a Vaisnava’s previous faults is abominable

O readers, any faults that were present in a Vaisnava before the onset of bhakti should never be reflected upon, unless there is some good-hearted purpose in doing so. A Vaisnava should not be criticized for the insignificant remnants of his previous faults. This is why Sri Krsna has said in Bhagavad Gita, 9.30-31:

“Even a man of abominable character who engages in loving service performed with one-pointed dedication (ananya-bhajana) to Me is still to be considered a saint due to being rightly situated in bhakti. He quickly becomes virtuous and attains eternal peace. O Kaunteya, declare it boldly that My bhakta never perishes.”

By the influence of bhakti all the extremely abominable kinds of behavior that may have existed in one’s heart before the awakening of bhakti and have gradually become one’s acquired nature (nisarga) diminish day by day and are finally destroyed within a very short time. Therefore, criticizing a Vaisnava without a virtuous motive, because of the presence of such waning faults, results in vaisnava-aparadha. Even if one observes some accidental fault in a Vaisnava that occurs due to divine providence, one should still not criticize him. In this context, Sage Karabhajana has said:

“That person who engages in exclusive bhajana of the lotus feet of Sri Bhagavan, having left all else, is most dear to Him. Even if the tendency to engage in some sinful, forbidden act somehow appears in his heart, Paramesvara Sri Hari, who resides directly within his heart, not only destroys those tendencies but also removes any reaction that would have come as a result of having committed some sin.”Srimad Bhagavatam, 11.5.42

The underlying principle is that wrongly blaming and criticizing a Vaisnava for any of the faults just mentioned, which fit into three categories, leads to nama-aparadha, offences against the holy name. If one commits nama aparadha, a sphurti (divine revelation) of nama will never take place, and without such sphurtis it is not possible to become a Vaisnava.

At this point, an opposing argument may arise: would it be appropriate to deliberate on a fault found in a Vaisnava that is not counted among the three types of faults just mentioned? The answer is that no fault other than these three types can exist in a Vaisnava. If someone has faults that do not fit into one of these three types, then, according to the revealed scriptures, they cannot be called Vaisnavas.

We should consider that without the right motive, it is inappropriate to reflect even impartially upon the faults of any living being, what to speak of Vaisnavas. To blaspheme Vaisnavas is an offence, but even blaspheming other jivas is a sin. Vaisnavas have no interest in performing such a sinful act.

However, provided one has the right motive, the scriptures have not condemned a careful critique of someone’s faults.

There are three types of proper motive:

When one reflects upon the historical accounts of personalities like Valmiki or Jagai and Madhai in light of one or more of these three virtuous motives, then such reflection is never the cause of incurring sin. When a disciple humbly asks his spiritual master to instruct him on how to identify a Vaisnava, the spiritual master, desiring the welfare of his disciple and of the whole world, explains that those who exhibit unholy behavior are non-Vaisnavas. He thus points out how to identify true Vaisnavas through antithesis.

With the motive of encouraging one to accept the shelter of the lotus feet of a true Vaisnava by abandoning false, so-called preachers of religion, one neither risks committing blasphemy of saints (sadhu-ninda) or vaisnava-aparadha (offence to Vaisnavas). In such cases, even criticism directed at a specific person is free from fault. These are all examples of criticizing with the proper motive.

O readers, you must all contemplate this profound subject with the utmost care. As an irrevocably established principle, you must offer all respect to true Vaisnavas and invariably abandon the association of non-devotees. If one criticizes the true Vaisnavas, the existential reality of the holy name will not manifest in one’s heart. Thus the instruction has been given in Srimad Bhagavatam (11.26.27):

“For all these reasons, intelligent people reject detrimental association and associate instead with saintly persons. This is because saintly personalities, with their powerful and virtuous instructions, cut unholy, material attachments from the heart and thus dispel all the distress they cause.”

It is only possible for a madhyama-adhikari to serve saintly persons. Unrighteous activity is corrupting.

You should not think that by serving a non-devotee, considering him to be a saint, you will get the benefit serving a true saint. The reason the madhyama Vaisnava, as mentioned before, is the only one who is able to truly serve saints, is because the kanisthaVaisnava (neophyte) is not yet inclined toward serving saints, while the uttama Vaisnava (topmost Vaisnava) does not see the difference between a saintly man and an unsaintly one.

O readers! You are madhyama Vaisnavas, and are therefore duty-bound to search out and identify a saint and then befriend him. It is also your duty to shower mercy upon those who are non-devotees, or in some cases, neglect them. You will be at fault if you abandon your own adhikara (rightful position).

The instruction of Srimad Bhagavatam, 11.21.2 in regard to vice and virtue is this:

Even if you unintentionally fall into bad association, you will become an offender to bhakti. As said in Srimad Bhagavatam, 3.23.55:

The uttama-bhaktas’ glory of seeing everyone as saints is proclaimed in holy books such as Bhakta-mala and Prapannamrta. However, such conduct should never be imitated by a madhyama Vaisnava. For a madhyama Vaisnava, such behavior would lead to the fault known as anadhikara-cesta—not acting in accordance with one’s eligibility, or position—and he would rapidly become degraded as a consequence.

May the suddha-bhaktas mercifully deem our discussion of all these subjects to have been properly motivated. 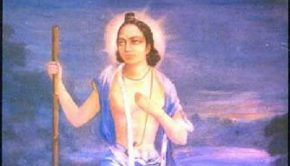 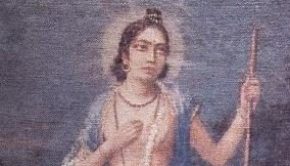 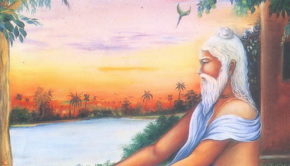 2 Responses to Vaisnava-ninda: Pure Vaisnavas are Above Criticism – Part 3