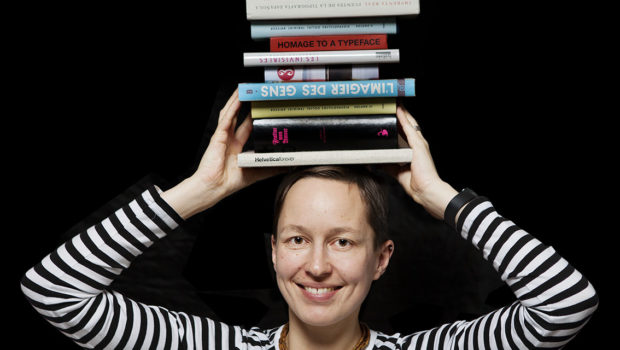 Krisangi dasi (Kaisa Leka) is a comics artist from Porvoo, Finland. She mainly works together with her husband Kamalaksa das (Christoffer Leka) and they have published several comic books and graphic novels dealing with themes such as spirituality, disability and bike travel.

The couple have been practicing bhakti yoga since the 1990s and in 2003 they both received formal initiation from Swami B.V. Tripurari, whose books and talks are a constant source of inspiration for them. Krisangi and Kamalaksa’s latest book Time After Time deals with the story of the ten avatars of Krishna and is based on the epic Srimad Bhagavatam.

In their free time Krisangi and Kamalaksa have been known to explore the world on their bikes, and have cycled through Europe, on all the four main islands of Japan, around Iceland, coast to coast in Costa Rica, to Odessa on the coast of the Black Sea, and along the M18 up to Murmansk.

Krisangi dasi is very excited about the opportunity to publish her work in the Harmonist. “When creating comics for the mainstream media I often feel like I have to hold back to avoid seeming too weird or using terminology that’s unfamiliar for the general public. In the Harmonist I’ll finally have a public who can appreciate me being open about my faith and spiritual practice. But at the same time this sets the bar higher as I’ll be talking about bhakti to people who in many cases have much more experience and realization than myself. I hope they’ll bear with me, and am thankful for this opportunity to learn more about the tradition. I’m going to have to study it more diligently to keep up with my deadlines!”